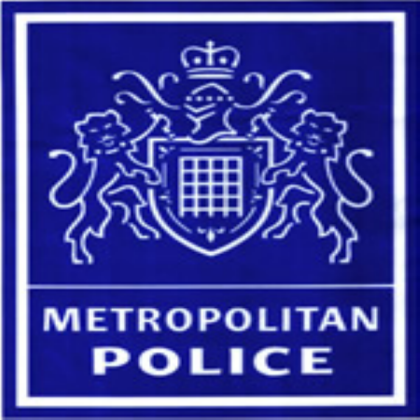 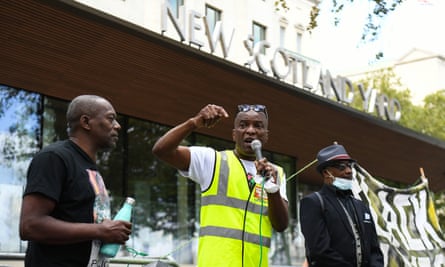 The Metropolitan police commissioner Dame Cressida Dick is facing calls to step down from Black Lives Matter activists who say she has “failed to acknowledge” racism within the force.

Hundreds of demonstrators gathered outside New Scotland Yard on Saturday to denounce the “over-policing of black communities” through tactics including stop and search and police use of stun guns.

Among a number of speakers to address the rally was nurse Neomi Bennett BEM, who intends to take legal action against the Met over her alleged wrongful arrest in April last year.

She told the crowd how she froze with fear while being stopped and searched in her car as she dropped a friend at his south London home after an open mic night. Police discovered no illicit items, yet Neomi was convicted of obstructing an officer – a conviction that was overturned in June this year.

“[Dick] does not acknowledge that there is a problem,” Neomi Bennett, who believes she was racially profiled, told the Guardian.

“Until she acknowledges that there is a problem – that racism exists and some officers are in it for the wrong reasons – the structures of the organisation will allow it to continue.”

In February this year, to mark the 20th anniversary of the landmark Macpherson report, Dick said that the Met had transformed and was no longer institutionally racist. “I don’t feel it is now a useful way to describe the service and I don’t believe we are,” she said.

Mina Agyepong, whose home was raided in July after her son was seen playing with a toy gun, told the crowd outside New Scotland Yard that “it is not hunting season” on Black people.

The 42-year-old spoke of how her son Kai, 12, is “traumatised” after armed officers raided her north London home late at night in July to arrest him.

She said her son had been “criminalised for playing with a toy in his own house” and “the biggest gang in London is the Metropolitan Police”.

Suspicions had been raised by a passer-by who said they saw a Black male holding a firearm on the sofa.

“It is not hunting season on black people,” she said.

“What I do know is that my son is scared and I am scared. Obviously Black lives matter , but not as much to the rest of the UK. We need to continue to fight. All we are asking for is equality and they are lucky that we do not want revenge.”

Also in attendance was Ryan Colaço, who had his car window smashed by police when he was driving home from an interview about “racially motivated” stop-and-searches.

Ahead of the event he tweeted: “[Dick] needs to go & the police need to be held accountable!

Activist Stafford Scott recalled some of the people stretching back to the 1980s who have died after coming into contact with British police, including Cynthia Jarrett, Joy Gardner and Mark Duggan.

He said: “Institutional racism is at play in the heart of the policy-making and decision-making that goes on inside this building today. We mustn’t think that these types of deaths have not happened in Britain before. We mustn’t think we have to wait for a George Floyd to happen here (in Britain) today before we stand up and make a stance.”

A Met spokesperson said the force was aware of a planned protest outside New Scotland Yard. “A proportionate policing plan was in place,” they added.