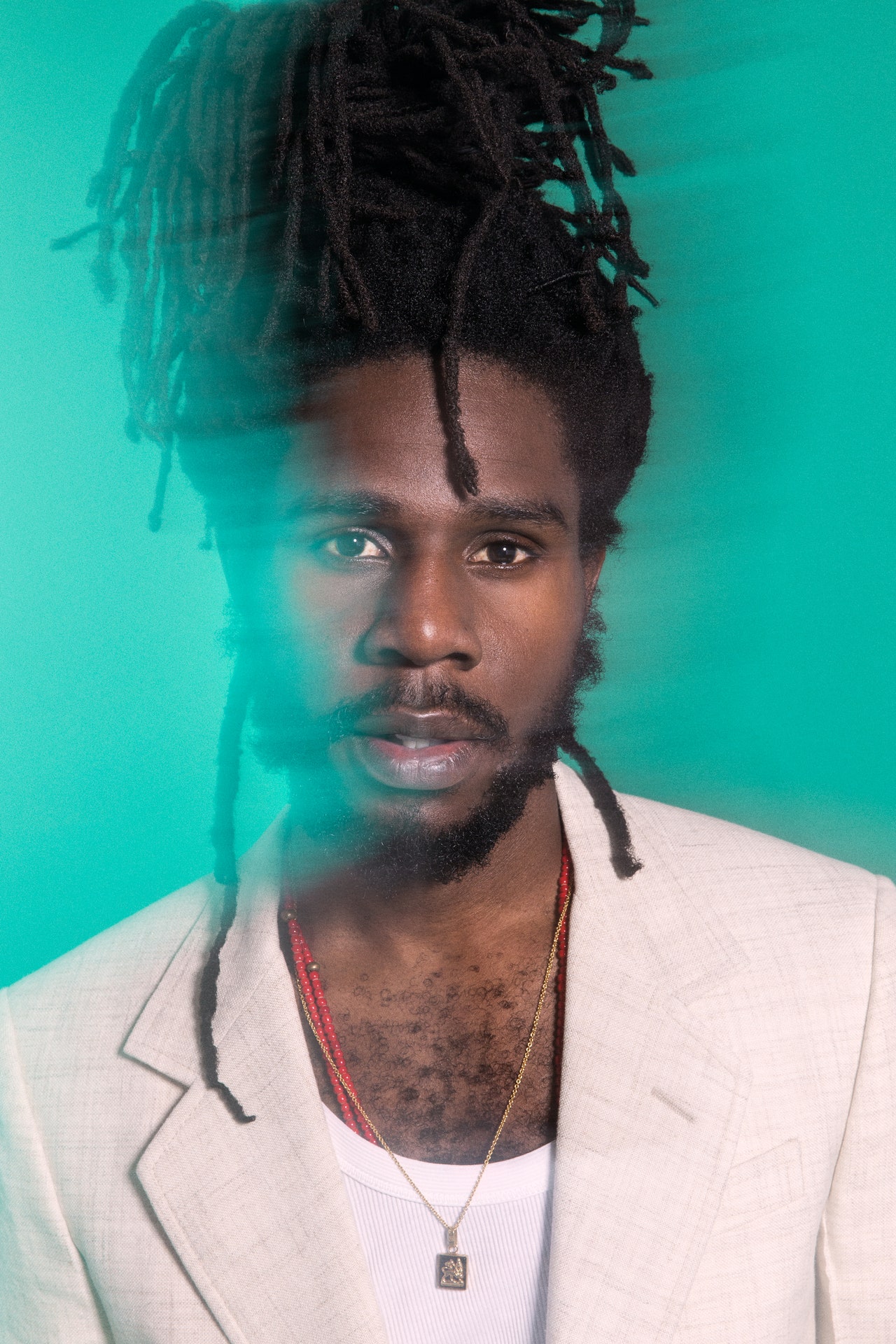 Jamaican musician Chronixx has ignited a torch in people’s hearts the world over and is confidently lighting the path for an entire generation of youths to rediscover roots and culture.

Born Jamar Rolando McNaughton on October 10, 1992, Chronixx was musically nurtured from an early age by his father, dancehall artist Chronicle, and grew up surrounded by the likes of Burro Banton and Gregory Isaacs. His remarkable ascension in the music industry began in the background; harmonizing for artists such as Lutan Fyah and providing production assistance for tracks sung by Popcaan, Konshens and others.

Today, Chronixx is a respected artist in his own right after his career was stimulated by the unfortunate passing of both his blood brother in 2007 and his brother-in-arms, Lil’ J.O.E., in 2010. The first EP, Hooked on Chronixx, was released in 2011 and immediately put the budding artist on the radar of music lovers and industry heads alike with ‘Start A Fyah,’ ‘Warrior’ and breakout single ‘Behind Curtain’ standing out as a fan favorites far beyond Jamaican shores.

The Dread & Terrible Project was released in April 2014 – a set comprised of seven tracks plus three dub versions – immediately topping the Billboard (US) and iTunes reggae charts in both UK and Japan. Neither an album nor an EP, the Project includes the widely received ‘Capture Land’ and a short film based on one of its tracks, ‘Rastaman Wheel Out’ (directed by Ras Kassa), to critical acclaim.

Hit single ‘Here Comes Trouble’ captured late night American TV presenter Jimmy Fallon’s attention while on vacation in Jamaica. The chance encounter lead to a personal request for the young musician to perform live on Fallon’s TV show in July 2014. A concert held in Central Park the following week was a roadblock affair from the outset, thousands of attendees turned out including Rolling Stones’ frontman Mick Jagger celebrating his 71st birthday.

Chronixx toured for the first time in 2013 when he went to Europe with his own band Zincfence Redemption. He has since embarked on solo tours from the Americas to the Oceanic region; including sold out shows in New York (Irving Plaza), three shows in London (including Somerset House), Trinidad & Tobago, Australia, Canada, and being the first band to do a 2-part tour of Jamaica (Capture Land Tour).

With so much accomplished in such short time, the world is bracing for greater wonders from this young man who walks with an old soul. For Chronixx himself, music is a mission and history is being made everyday still.

“Prepare your minds and hearts for this revolution.” – Chronixx

SLAVE BIBLE
"It was intended for use among enslaved Africans in the British West Indies, which is modern day Caribbeans, so Jamaica, Barbados, Antigua," he says.
Previous post JACOB “KILLER” MILLER
Next post KOFFEE