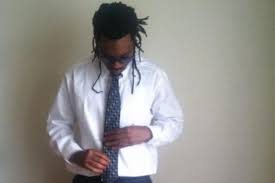 On July 6, 2016, Philando Castile, was summarily executed by a police officer after being pulled over in Falcon Heights, Minnesota, USA. Philando was known as “Mr. Phil” to the students at J. J. Hill Montessori Magnet School, where he was employed as nutritional supervisor, and was a beloved member of the Twin Cities-area educational community. His girlfriend, Diamond Reynolds, and her four-year-old daughter were present at the time of the shooting.

Philando was 32 years old and had worked at the J.J. Hill school cafeteria for 15 years. He died at the Hennepin County Medical Center in Minneapolis at 9:37 pm, a few minutes after he arrived.

His final traffic stop was far from his first. According to an NPR analysis, it was in fact his 46th stop — almost all of which were related to fairly minor traffic violations. Philando’s history shows one of the massive racial biases in policing: Black people are, in many jurisdictions, more likely to be stopped for traffic offenses. And with each of those stops, there’s a risk that the police encounter will escalate — potentially leading to a deadly shooting. When you put those two facts together, it helps explain one reason there are such big racial disparities in police use of force.

The officer had pulled Philando over under the pretext that his brake lights had gone out and had falsely suspected that he was the perpetrator in an armed robbery that had happened the previous week. Upon being pulled over, Philando alerted the officer that he had a registered firearm in his pocket.

Legally, Castile was not required by law to alert the officer that he was carrying a firearm.

Despite repeated attempts to dissuade the officer that he was not reaching for his firearm, the officer disregarded Philando’s warnings. When he reached for his wallet, Philando was shot multiple times at point-blank range. Diamond streamed the aftermath of the shooting on her Facebook account. Her four-year-old daughter had seen all of the events transpire from the back seat of the car.

The shooting immediately commanded the attention of the nation, and Philando became yet another symbol of the Black Lives Matter movement. Though public opinion and the evidence seemed to weigh against Officer Jeronimo Yanez, the jury composed of ten white individuals and two people of color acquitted the officer on all charges. The video of Castile’s final moments filmed by Reynolds, a key piece of evidence, was not shown in court by the prosecution.

“I will continue to say murder I am so very, very, very disappointed in the system here in the state of Minnesota. Nowhere in the world do you die from being honest and telling the truth.”

“He didn’t deserve to die the way he did. I will never have faith in the system.”

Yanez had testified that he stopped Philando in the St Paul suburb of Falcon Heights because he thought the 32-year-old elementary school cafeteria worker looked like one of two men who had robbed a nearby convenience store a few days earlier. Philando’s car had a faulty brake light, giving the 29-year-old officer a legally sufficient pretext for pulling him over, several experts testified.

On the squad-car video, Castile can be heard saying “I’m not pulling it out” as Yanez opens fire. Prosecutors said Castile’s last words were: “I wasn’t reaching for it.”

After shooting Castile, Yanez was heard on the squad-car video telling a supervisor that he did not know where Castile’s gun was, then that he told Castile to get his hand off it. Yanez testified: “What I meant by that was I didn’t know where the gun was up until I saw it in his right thigh area.” He said he clearly saw a gun and that Castile ignored his commands to stop pulling it out of his pocket.