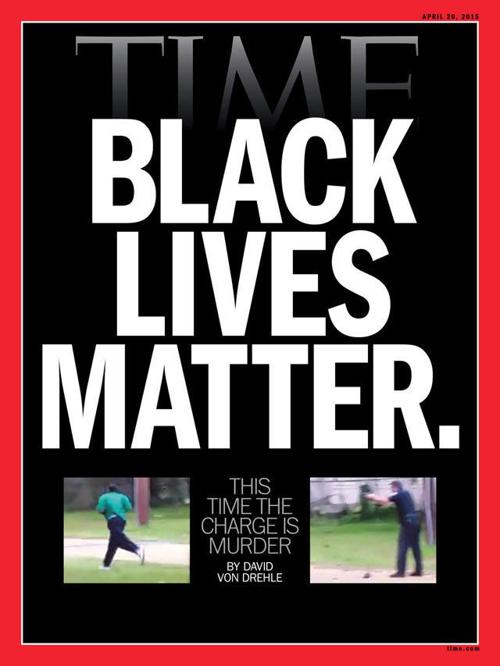 “Being accused of ‘playing the race-card’ is one of the most aggravating, racist and egregious allegations that can be made against a Black person. But why? Here is a quick look at how harmful this phrase and the idea’s behind it can be towards Black people. As well as how racist White people have in fact been ‘playing the race-card’ for centuries and using it to gaslight and create racial tensions within communities, while pitting different races against each other.

‘Playing the race-card’ is a phrase that implies that Black people are manipulating a racially tense situation to win an argument, according to many definitions.

Whenever a person uses this phrase, it is often in defence of having been identified as a racist either through their ideas, statements or actions. Using this phrase reveals the idea that presumably Black people are keen to use racism as an unfair advantage however, that idea in itself is racist. It implies that Black people only view matters in race terms and are devoid of any emotional intelligence or understanding of the subtle behavioural nuances between human beings. Using ‘playing the race-card’ is also the quickest and most efficient way to subvert an argument and to dismiss accusations and protect racism. By dismissing the conversation, this is an attempt to gaslight Black people into believing they’ve gone too far, and that it’s some kind of paranoid insecure reaction. This simple and yet lasting tactic is embedded in the idea that racism does not exist, which is inherently at the core of racism itself.

The phrase ‘playing the race-card’ is inextricably linked with the notion of race and racist thinking, and furthermore it is interchangeable.

The ‘playing the race-card’ idea works in tandem with ironically denying racism exists and fully exploiting the idea of race for a racist agenda, whatever your average racist fancies that day.

It is only exclusive to racists as they are the only people on the planet who will dismiss other people’s assertions of racism to maintain power and save an image. White racists are those who habitually ‘play the race-card’ and deserve all due credit for inventing it. When you take a look at the foundation and the history of the race aspect in the ‘race-card’, it is founded on generations and generations of White racists providing explanations for exploiting Black people. During slavery, slave owners stated that Black people required less sleep as they were supposedly built differently and therefore could work in inhumane conditions for long hours, amongst a host of other exploitative myths. However, to their dismay, they never counted on slavery becoming illegal, racism becoming an unwashable stain on White history, and Black people fighting back and calling racism out. Hence, we are where we are now ironically, with White racist people picking and choosing this tactic, built on their own legacy of exploiting race or denying the idea of racism entirely.

Nowadays, our modern-day racism deniers come in the form of Cressida Dick and the Metropolitan Police, with their refusal to acknowledge institutional racism, but in the same breath proceed to state that they recently sacked a police officer for racism. I believe Cressida missed the memo on ‘playing the race card’ here. The way it works is that you either deny it exists when you’re accused of it, or you acknowledge race through using a Black person to deny it. Cue [name removed to prevent legal action], our faithful old Black Tory, currently head of the Racism Denier’s Party. All in all, you cannot deny racism and acknowledge it in the same sentence. The key is to use separate occasions over a period of time, if you prefer a more BorisJohnson-esque approach. Furthermore, using a recent dismissal over racism as an example that racism does not exist, couldn’t be a clearer indication that it indeed does. As farcical as this all sounds, the consequences are truly grim. Therefore, it comes as no surprise that the Stephen Lawrence case has been closed this week, when those at the helm selectively acknowledge evidence, when all of it is staring them right in the face. How does this type of mindset factor into crime-solving I ask? How easily can one solve a case if they are not prepared to look at all the evidence? How can you tackle racism when you won’t even acknowledge it?

Another factor of using this idea of ‘playing the race-card’ as I briefly mentioned, is when ‘Uncle Tom’s’ such as [names removed to prevent legal action] are manipulated and touted as the token race representatives, by White racists in power.

However, they fail to realise that Black people know that ‘all skin-folk ain’t your kinfolk’. To see those who have fully been devoid of any sense or sense of identity, exploited as puppets for a racist agenda. Priti Patel, a woman who devises laws that would not have let her own family into this country. This aspect of playing the ‘race-card’ is the most twisted of all.

Lastly, the most truly absurd and moronic facet of accusing Black people of ‘playing the race card’, is when White racists manoeuvre it as some kind of warning shot, as if to say ‘don’t even go there’ in terms of bringing race into the conversation. Or perhaps it is a ‘don’t tempt me’ kind of warning, and that White racists are trying their hardest to conceal their inner demons and could release a slew of unfathomable insults at any second. It could be both. However, when White racists accuse Black people of using the ‘race-card’, it is often laced with indignation and the sentiment that somehow Black people shouldn’t even dare to think that White people could be racist. Perhaps in a parallel universe, Black people are to blame for some unknown atrocities against White people, and that all of this is seemingly documented in some White history book that only White people have been privy to. All this time they’ve been selflessly holding back this information but could unleash it all at any moment. If we choose not to take heed of this warning and in fact bring race onto the table, then what could essentially be the consequence? Could it be that racists would have to be accountable for their actions and consider a Black person’s account? But that would ruin the game and essentially dismantle the power structures at play that White supremacists cling onto so dearly. Instead they prefer to treat the act of calling out racism, as some very unnecessary low blow and an over-the-top retaliation. Ultimately, they would prefer Black people to remain voiceless and disempowered for the rest of their existence.

Unfortunately, for racists in the 21st century, using this term is no longer a viable line of defence against a generation of highly educated, switched on Black people. This notion that racism does not exist is truly the foundation for protecting racism and unashamedly so. Trying to use other Black people to tell us otherwise, simply will not work. This type of behaviour is also not a feasible option in any reasonable conversation where everyone is viewed as equal. Black people will continue to call out racism in any form and if a person’s response is to accuse you of ‘playing the race-card’ then rest assured that you have correctly identified a racist.”

Reposted from theconversationnow.com (Why playing the race card is the oldest trick in the book)

SLAVE BIBLE
"It was intended for use among enslaved Africans in the British West Indies, which is modern day Caribbeans, so Jamaica, Barbados, Antigua," he says.
Previous post Racist responses to Marcus Rashford’s campaign for children are no surprise
Next post MARVIN HAGLER