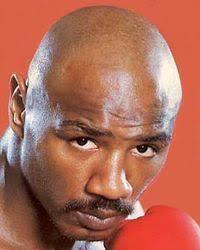 Marvin was born on May 23, 1954, in Newark, New Jersey, USA. He was raised without his dad in a tenement section of Newark until his mom moved the family to Brockton in Massachusetts. In 9th grade, Hagler dropped out of school. After this, he went to work for construction companies.

Marvin started boxing under the tutelage of Goody and Pat Petronelli. He won 57 amateur fights before taking the 165-pound division at the 1973 Amateur Athletic Union nationals. When he was 19, he was voted the tournament’s most outstanding boxer. He turned professional in 1973.

Soon after becoming a professional boxer, Hagler intimidated his opponents with his fierce approach and brute strength. He was even eager to fight outside the arena. In 1976, he broke out of the “B” ranks with three fights in Philadelphia, but he lost two of them.

The losses only seemed to make him more determined. He started to fight more aggressively and even sent a few opposing fighters to the hospital. He broke the jaw of Mike Colbert and punched Kevin Finnegan so hard that he required 40 stitches in his face.

After the losses in Philadelphia, Marvin won 20 consecutive fights. This was before his 1979 title bout with Vito Antuofermo which ended in a draw.

This much anticipated fight was very memorable as it seemed to be as much about racism as it was about boxing. Everyone I knew and I myself, wanted Marvin to beat Alan Minter like he stole something.

In the weeks leading up to the fight, Minter had said,

Alan Minter was at the time, the holder of the WBA & WBC world middleweight titles and the implications of his statement were wide. Britain was just as riven by race and a delusional belief in English exceptionalism then as it is now. But we all knew that with Marvin’s record and his physical condition, that belt would be flying across the Atlantic the day after the fight. Marvin heard about Minter’s comment and said he would “make him [Alan] pay for saying that when we meet at Wembley.” And it only took 7 minutes and 45 seconds for Marvellous Marvin to do so.

According to The Times, the bookies had Minter as 8/11 favourite with Hagler at 11/10. The Guardian’s Stephen Pye recalls,

“If the booing greeting Hagler’s arrival to the ring on the night was inevitable, and the disrespectful whistling of the US national anthem by a minority not totally unexpected, the hostility in the crowd was something else. “Wembley Arena was reeking, not so much of nationalism, but had a decidedly rancid smell of racialism,” noted Harry Carpenter after the fight, and stories of over-zealous fans ripping up any banners held by Hagler supporters were commonplace. Marvin Hagler’s wife, Bertha, was advised to leave her stars and stripes flag safely tucked away, through fears of trouble. Very wise.

The sight of Minter approaching the ring behind a Union flag and St George’s cross increased the volume within the venue, with the rousing rendition of God Save the Queen adding to the feelings of nationalistic pride brewing at Wembley. After the fight, American promoter Bob Arum would call for a ban of the national anthems, suggesting that the feelings these stirred within some led to some of the issues on display at Wembley. Henry Cooper’s call for a ban of booze may have been closer to the mark.

Among all the fuss of the build-up, and the chaos of the aftermath, the actual fight itself almost feels like a sideshow.

But in the short space of time in which the fight took place, it is possible to appreciate just how good Hagler was on the night, and comprehend why he dominated the division for years to come.

Minter had his moments, yet it was clear for all to see on the highlights (no live coverage back in 1980), that Hagler was a cut above the champion, if you pardon the pun.”

After Minter lost, the sore losers in the audience made sure Marvin knew how they felt about their boy being battered like a sausage. See for yourself below (It’s around 8 minutes long) what happens after referee Carlos Berrocal stops the fight and before Minter goes to the hospital for his 15 stitches.

Over the next seven years, Marvin successfully defended his title 12 times. You can see Marvin’s boxing record here: https://boxrec.com/en/proboxer/8684. Eventually he was unseated by Sugar Ray Leonard at Caesar’s Palace, Las Vegas, USA on 6 April, 1987, having lost only 3 times in a 67 bout pro career.