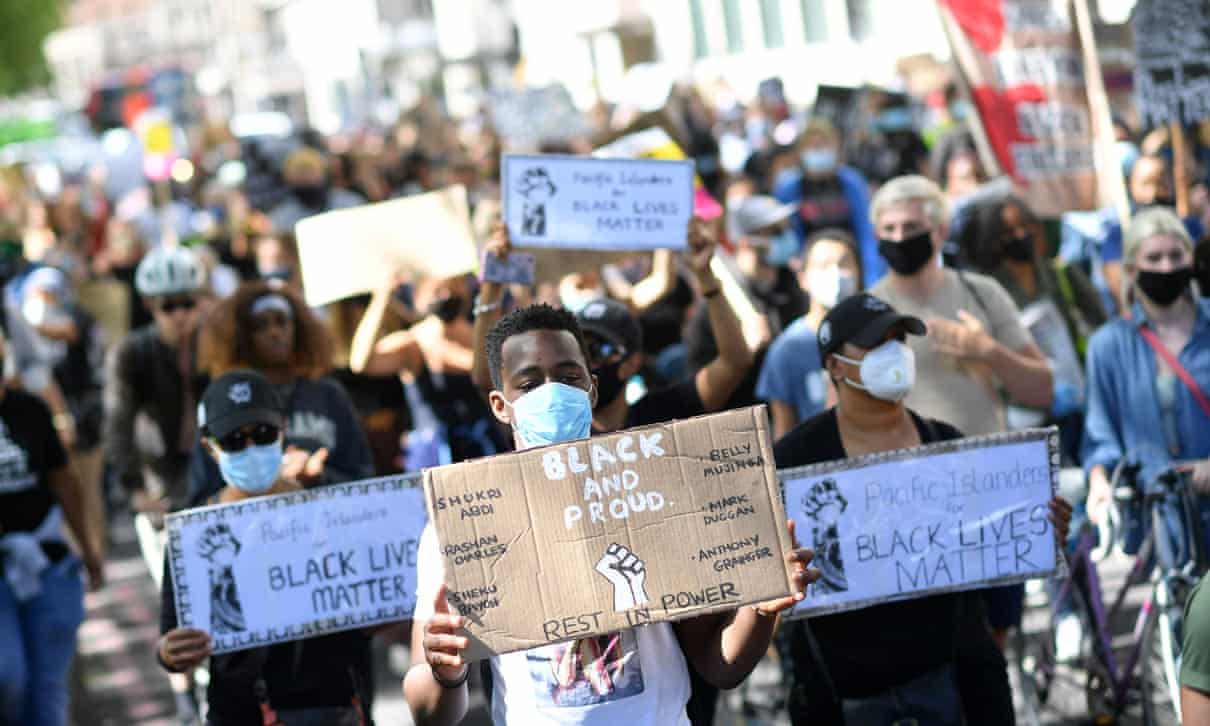 A data specialist recruited to the civil service following Dominic Cummings’ call for “weirdos and misfits” to work for the UK government was sacked recently after posting on social media that police should use live rounds against Black Lives Matter demonstrators, the Guardian can reveal.

The data architect appointed to a senior role in the Cabinet Office after applying through a scheme unveiled by Boris Johnson’s chief adviser was dismissed in July after colleagues discovered his Twitter post and reported it to senior managers.

It is the second known departure of a government recruit hired under the project set up by Cummings, to tempt an “unusual set of people” into senior government roles. Both departures involved recruits who publicly expressed sentiments viewed as racist.

In February, Andrew Sabisky, who described himself as a “superforecaster”, stepped down from a role at Downing Street after it emerged that in some of his previous writings on genetics he had suggested that black people on average had lower IQs than white people.

After Sabisky resigned, suggesting he had been selectively quoted, No 10 refused to answer questions about how he had been recruited and whether he had been properly vetted.

Will O’Shea, 57, posted the comment about Black Lives Matters protests on 5 July, at the time marches were being organised across Britain following the killing of George Floyd by police officers in the US.

Responding to one person’s tweet suggesting that Metropolitan police officers had been chased out of a housing estate in London by demonstrators, and another that called the police cowards, O’Shea replied: “Time to get out the live rounds.”

Contacted by an undercover Guardian reporter posing as a recruitment agent, O’Shea confirmed he had applied for a job in government through the Cummings recruitment advert, which was posted on his personal blog on 2 January. O’Shea said he was interviewed in person by Ben Warner, another aide to the prime minister who works closely with Cummings.

In subsequent emails, O’Shea initially said “I was let go because of my tweet” but then said he was never given a reason for the abrupt termination of his Cabinet Office job.

He accepted that former colleagues found his tweet was racist, incendiary, and offensive, and took him to mean that the police should shoot black people in London who were demonstrating.

“I can see how it was taken that way, and I am sorry for that,” O’Shea said. While he regretted sending the tweet, which he said was “wrong”, O’Shea stressed he did not mean it seriously. He added: “I didn’t say ‘shoot blacks’ and that was not what I meant or wished.”

O’Shea subsequently deleted his personal Twitter account, which he said was to “get rid of any of the things I had said”.

Cummings’ blogpost in January calling for “weirdos and misfits” focused on some of his key obsessions: harnessing of digital data by government, forecasting, and accusations of “profound problems” in civil service decision-making. It was headlined: “Two hands are a lot – we’re hiring data scientists, project managers, policy experts, assorted weirdos…”

The areas of work for the “unusual set of people” the prime minister’s adviser said he wanted to recruit included “the frontiers of the science of prediction”, “data science, Alternative Intelligence and cognitive technologies” and “decision-making institutions at the apex of government”.

In an apparently parallel process to normal civil service recruitment, aspiring recruits were invited to apply by sending in a CV and maximum one-page letter to a dedicated email address.

O’Shea did not meet Cummings, but said he was interviewed at Downing Street by Warner, a data scientist who is known to be close to the prime minister’s chief adviser. He worked closely with Cummings on the Vote Leave Brexit campaign. After reportedly working on the 2019 Conservative election campaign, Warner was recruited by Cummings in December last year to work alongside him in No 10.

O’Shea said Warner interviewed him in the large room Downing Street where the daily televised Covid-19 press conferences were subsequently held. He said he was later approved to work on a No 10 project to reshape the government’s use of data, which would involve breaking free of controls each departments has.

“So basically they wanted to see how they could break governance rules,” he said.

The project was suspended when the Covid-19 pandemic struck, O’Shea said, and Warner then told him he could get him a job in the Government Digital Service.

He told the undercover reporter: “Ben Warner said … ‘we can’t hire you right now, but I’ve got some friends in the Cabinet Office. They’re looking for a similar set of skills, but it’s not as long term.’”

In April, O’Shea joined the GDS, the Cabinet Office department responsible for digital output, working on policy documents setting out standards for how other government departments can operate digitally.

He is understood to have first caused concerns among Black, Asian and minority ethnic colleagues with contributions he made to internal discussions about race, including one following an article published by the Daily Mirror on 5 July about alleged racial discrimination in Whitehall, which was headlined: “White people 15 times more likely than black candidates to get civil service jobs.”

O’Shea emphasised to the Guardian that he had not been racist in those discussions and had been asking white staff members not to criticise another white colleague too severely for their intervention. But he accepted that his contributions prompted some of his colleagues to look at his social media accounts.

On his Twitter account, they were shocked and distressed to see his tweet of 5 July about the police and BLM demonstrators: “Time to get out the live rounds.”

In a statement to the Guardian, a government spokesperson said: “Will O’Shea was … employed by the Cabinet Office as an external contractor for the Government Digital Service on coronavirus. All standard vetting processes were carried out for a contractor role through a commercial framework.”

Jamaica Past (images)
Selected images from 1800 - 1923
Previous post NINA SIMONE
Next post Alex Pascall: the broadcaster who gave a voice to black Britain – and is now taking on the BBC