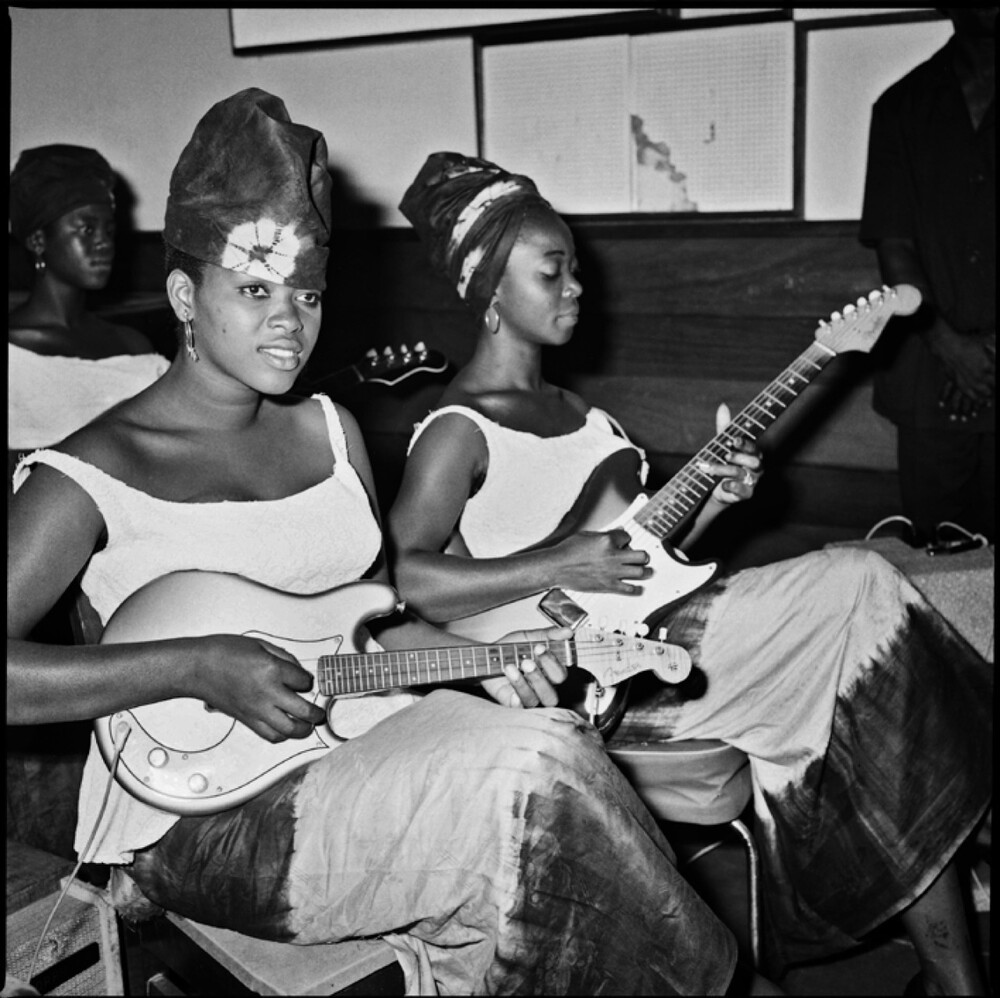 Roger DaSilva was born in Benin and took up photography when he joined the French army in 1942.

“He was wounded while in service, so a colonel drafted him in to take medical photos in hospitals – some were of people who had survived concentration camps,” Luc says.

Soon after the war ended DaSilva decided to settle in Senegal.At that time, Senegal like many other African countries was on the cusp of independence. DaSilva’s photographs capture Dakar’s high society of the era – the upscale nightclubs and weddings, as well as family portraits and street scenes.

Celebrities, presidents and partygoers are all part of a rich archive of images from Senegal in the 1950s and 1960s mostly unseen by the public until now.They are the work of World War Two veteran Roger DaSilva who set up his own photo studio in the capital Dakar – “Studio Da Silva” – where many of these photos were taken.”He was an artist at heart,” his son Luc DaSilva tells the BBC. “Photography was his life.”

Roger DaSilva was never formally exhibited during his lifetime yet he had a vast body of work of about 75,000 photographs on negatives, most of which remain unseen.They have since been restored by the Josef and Anni Albers Foundation, Le Korsa and Luc DaSilva’s Xaritufoto organisation.

DaSilva cut a chic figure himself, as his self-portraits show. In one, we see him poised with a cigarette in hand.Another shows him shaking hands with US jazz singer Velma Middleton at the 1966 World Festival of Black Arts in Dakar.

He also met and photographed jazz musician Louis Armstrong there.

Another notable subject he captured was Senegal’s first president, Léopold Sédar Senghor.”I think all of them made a big impression on him,” Luc says. “But Satchmo [Louis Armstrong’s nickname] was his favourite singer.”

Restoration of these images has been a joint effort over several years.”There’s a spirit of joy and gaiety in my father’s photos, I feel very close to his work,” says Luc. “This is about archive and memory, and preserving and valuing African photography. It’s a shared heritage.”

All images taken by Roger DaSilva, copyright of the Josef and Anni Albers Foundation and courtesy of Xaritufoto and Le Korsa. This article was published by the BBC on 10 November 2019.

The above photographs accompanied an article by By Megan Williams dated 01/11/2019 published on CreativeReview.com, with the accompanying text:

Roger daSilva began his journey in photography against the backdrop of World War II. Having left his native Benin to serve in France, he started to document wounded soldiers and concentration camp survivors. However, his recently discovered archive of work is a world away from these beginnings.

Following the war, daSilva arrived in Dakar and began capturing the more jubilant moments in life, attending weddings and night clubs with his camera in hand. Taken primarily throughout the 50s and 60s, daSilva’s photographs illuminate life in Senegal as it was going through a pivotal period of transition from World War II to its independence from France. Though daSilva continued to do studio work, his candid street photography reveals a time where West African culture met Western influences, and offers a rare visual accompaniment to an important time in Senegalese history.

The fruits of daSilva’s photographic and social endeavours form part of a substantial archive rediscovered following his death in 2008, some of which will be on display at AKAA Paris in November. Roughly 75,000 negatives were found, and so began an extensive restoration effort carried out by The Josef and Anni Albers Foundation, its nonprofit offshoot Le Korsa, and Senegalese conservation initiative Xaritufoto. The project only came about through chance, when Nicholas Fox Weber, the Foundation’s Executive Director, met daSilva’s son Luc in Senegal.

“We saw that [Luc] was working hard with his organisation Xaritufoto on maintaining the legacy of his father’s work,” says Matthias Persson, Director of Artists’ Residencies at The Albers Foundation and Le Korsa. “We immediately saw the importance of this work – we simply found the photos incredible and felt that they should be seen by people in Senegal and abroad.”

Since the Foundation already works in Senegal with Le Korsa, it seemed a natural step to partner with Xaritufoto on the project, which offers “a refreshing perspective on Senegalese cultural history”.

“The selection process [was] difficult, because there were so many good photos,” Persson recalls. He and Weber worked their way through the reams of negatives by grouping them into themes, as well as a selection of reportage and sports images that also stood out to them.

The restoration process was a different beast. They consulted professionals who examined which negatives could be treated – many couldn’t be properly restored due to damage caused by mould. “We have stayed true to the original photo and didn’t do anything to improve the photo itself artificially, but have removed dust, mould, and scratches,” Persson says.

“At that time, photography was considered a job rather than an art,” he continues, adding that “it was a sign of status to have your photo taken, so [daSilva] naturally met people from higher classes in society.” daSilva was evidently a welcome and central figure of the party – no doubt helped by the fact he was also an actor and tap dancer. One self-portrait shows him mere steps away from President Leopold Senghor, Senegal’s first president when independence came in 1960.

Based on accounts from researchers as well as daSilva’s son, it became to clear to Persson that daSilva was “a humble, elegant personality, who had a talent to easily fit into any environment”. These characteristics are seen just as much in his photography, which helps to form not just an image of Senegal at this time, but of himself too.