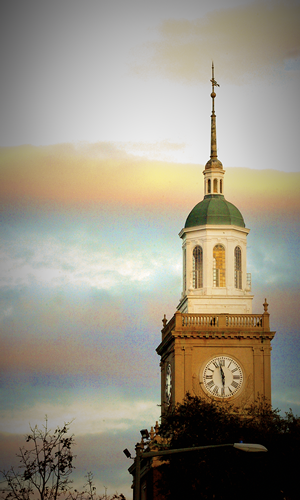 Founded in 1867, Howard University is a private, research university comprised of 13 schools and colleges. Students pursue studies in more than 120 areas leading to undergraduate, graduate and professional degrees. To date, Howard has awarded more than 120,000 degrees in the arts, the sciences, and the humanities. The historic main campus sits on a hilltop in Northwest Washington blocks from the storied U Street and Howard Theatre. We are two miles from the U.S. Capitol where many students intern, and scores of alumni shape national and foreign policy.

The University’s motto Veritas et Utilitas, Truth and Service, represents a key part of our identity.

The more than 10,000 undergraduate and graduate students dedicate hundreds of hours each year to service in nearby LeDroit Park, around the nation and far-flung places around the world. Over the U.S. Peace Corps’ 50-year history, more than 200 Howard graduates have served as volunteers around the globe, the highest number among historically-Black colleges. In 2012, a Howard senior who led Engineers Without Borders service projects in Kenya and Brazil was named a White House “Champion of Change.”

The University remains committed to further enhancing its strategic positioning as one of the top research universities in the nation. As we approach our sesquicentennial in 2017, we are uniquely positioned to have the next 150 years as glorious as the past.

Since 1867, Howard has awarded more than 100,000 degrees in the professions, arts, sciences and humanities. Howard ranks among the highest producers of the nation’s Black professionals in medicine, dentistry, pharmacy, engineering, nursing, architecture, religion, law, music, social work and education.

The University has long held a commitment to the study of disadvantaged persons in American society and throughout the world. The goal is the elimination of inequities related to race, color, social, economic and political circumstances.

Howard has grown from a single-frame building in 1867 and evolved to more than 89 acres, including the six-story, 400-bed Howard University Hospital. Since 1974, it has expanded to include a 22-acre School of Law West Campus, a 22-acre School of Divinity East Campus and another three-fifths of an acre facility in northeast Washington and a 108-acre tract of land in Beltsville, Maryland.

Howard prepares men and women to advance social justice and the preservation of human liberty. In each of its 13 schools and colleges, Howard University seeks to develop technically competent and morally committed individuals.

The University’s library system contains more than 1.8 million volumes, including the Channing Pollock Collection. The Moorland-Spingarn Research Center (MSRC) is recognized as one of the world’s largest and most comprehensive repositories for the documentation of the history and culture of people of African descent in Africa, the Americas and other parts of the world.

The University competes in 19 varsity sports including basketball, football, bowling, lacrosse, soccer, softball, swimming, tennis, both indoor and outdoor track and volleyball. Regarded as one of the most prestigious institutions of higher learning in the world, current enrollment approximates 11,000 students from virtually every state, the District of Columbia, and more than 70 countries. The University traditionally has had the largest gathering of Black scholars in the world.