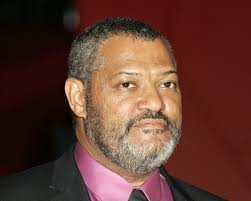 Born in Augusta, Georgia on July 30, 1961, Laurence’s mother later moved the family to Brooklyn, NY, which Laurence considers his hometown. He has enjoyed a long and distinguished career in Film, Television and Theatre having worked in over 80 projects in all performance mediums. He is not only an actor, but also a playwright, screenwriter, director and producer.

In 1992, he was awarded a Tony for Best Featured Actor In A Play, a Drama Desk Award, an Outer Critic’s Circle Award, and a Theater World Award for his work on Broadway as Sterling Johnson in August Wilson’s Two Trains Running. His television appearance in the 1993 premiere episode of Fox TV’s Tribeca landed Laurence an Emmy Award. And to complete a triple crown, he was nominated for an Oscar as Best Actor of 1993 for his portrayal of Ike Turner in the film What’s Love Got to do With It.

Laurence’s latest endeavors have included playing Pops, on ABC’s award-winning hit series Black-ish, for which he also serves as Executive Producer, a three season stint, beginning in 2013, as Jack Crawford on NBC’s acclaimed Hannibal, and most recently portraying Nelson Mandela in BET’s 2017 production of Madiba. Back on the big screen, Laurence has portrayed DC Comics’ famous Daily Planet Editor Perry White in both 2013’s Man of Steel and 2016’s Batman v Superman: Dawn of Justice, and he can be seen teamed up with his Matrix co-star Keanu Reeves in John Wick: Chapter 2.

On the new media front, Laurence stars in, produces, and directs the phenomenally successful podcast Bronzeville (2017) co-staring Larenz Tate about life in the African-American Bronzeville neighborhood of Chicago in the 1940s.

In April 2008, Fishburne returned to the stage in the Broadway production of Thurgood, playing the Supreme Court justice in a new play by George Stevens, Jr. at the Booth Theatre. He won the Drama Desk Award for Outstanding One-Person Show for his performance.

He originated one of the most recognizable movie characters in history in the role of Morpheus in the 1999 Warner Brothers hit, The Matrix. He returned in the back-to-back sequels The Matrix: Reloaded and The Matrix: Revolutions both released in 2003.

In January of 2003, Fishburne starred in Dreamworks’ Biker Boyz. And in 2004 he was seen in the role of the Boston detective, Whitey, in Clint Eastwood’s Oscar winning drama, Mystic River.

In October of 2000, Laurence made his directorial debut, in addition to starring in and producing Once in the Life. The screenplay, which he wrote, is based on his own play Riff Raff, in which Fishburne also starred and directed in 1994. The play received critical praise and was later brought to New York’s Circle in the Square Theater. The initial run in Los Angeles was the first production produced under his own banner L.O.A. Productions.

In 1999 he appeared at the Roundabout Theater on Broadway, playing the lead role of Henry II, in The Lion in Winter, a revival of the 1966 hit which focuses on the struggle between Henry II of France and his estranged wife, Eleanor of Acquitaine. In addition, Laurence starred in and executive produced Always Outnumbered, directed by Michael Apted from a screenplay by author Walter Mosley, for HBO.

In 1997, Laurence received an Emmy nomination (Outstanding Lead Actor in a Miniseries or Special) and an NAACP Image Award (1998) for his starring role in the HBO drama Miss Evers’ Boys, which he executive produced. It is based on the Pulitzer Prize-nominated play about the true story of the Tuskegee Study, a controversial medical experiment (1932-72) in which the U.S. Government Public Health Service withheld treatment from a group of African- American men with syphilis. Miss Evers’ Boys was awarded five Emmys, including Outstanding made for Television Movie and the coveted President’s Award, which honors a program that illuminates a social or educational issue.

Fishburne starred in Paramount Pictures’ Event Horizon, the science-fiction thriller directed by Paul Anderson and co-starring Sam Neill, Kathleen Quinlan, and Joely Richardson, and Hoodlum, in which he starred and produced. In 1996, he starred in the MGM action-comedy Fled and starred in the critically acclaimed film Othello in the title role, co-starring with Kenneth Branagh and Irene Jacob for Castle Rock. He is the first African-American to play the Othello in a major screen release and he follows a noble tradition of such actors in the role as Sir Laurence Olivier and Orson Welles.

Laurence’s other film appearances include the steamy Bad Company for Touchstone, co-starring with Ellen Barkin; Higher Learning, for which he received an NAACP Image Award for Best Actor in a Motion Picture as Professor Phipps, with writer/director John Singleton; and Just Cause for Warner Brothers co-starring with Sean Connery.

As the New York Times put it, “The brilliant, mercurial portrayal of Laurence Fishburne is what elevates ‘What’s Love…’ beyond the realm of bio-pic.” Rolling Stone notes, “Fishburne keeps providing insights into Ike’s rage that illuminates the character without excusing him…Fishburne is superb.”

In Searching For Bobby Fischer, Laurence played a New York street-wise speed chess player who aids in the progress of a young chess protege. Just prior to this he played a very different role as that of an undercover cop, co-starring with Jeff Goldblum in Deep Cover.

Another filmmaker that Laurence worked with on several occasions was Martin Sheen. Sheen created a role for Laurence, that of street-wise military prisoner named Stokes, in Cadence, which Sheen directed after the two had gotten to know each other well during the 18 months it took to make Apocalypse Now when Laurence was 14 years old.

Laurence has been acting in films and on stage since he was 10, starting on the soap opera One Life To Live, then making his feature film debut in Cornbread, Earl and Me at 12. At 14, he was cast in a show for the Negro Ensemble Company and accepted into the High School of Performing Arts in New York City.Within that same year, he headed off to the Philippines for work with some of the greatest actors of our time under the most extreme circumstances for the epic motion picture, Francis Ford Coppola’s Apocalypse Now.

Additional television credits include Decoration Day for Hallmark Hall of Fame, For Us The Living for PBS, and A Rumor of War for CBS, and numerous other starring or guest starring roles. In many cases he’s been able to leap across the color line, playing roles not initially earmarked for black actors.

Fishburne has three children, Langston and Montana, from his first marriage, and Delilah, from his marriage to actress  Gina Torres.