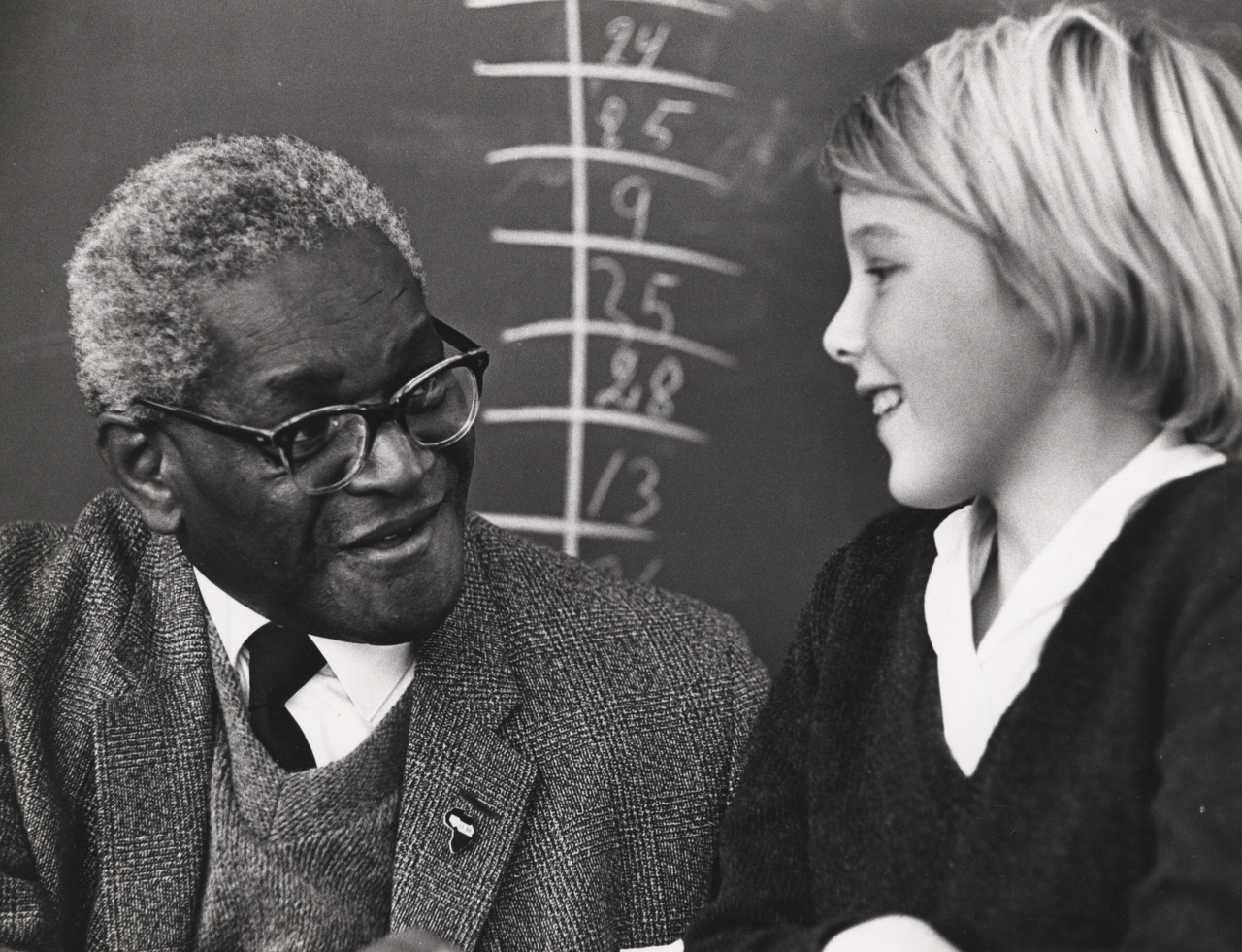 Victor Waldemar Cornelins was born in the beautiful West-Indian island of St. Croix (then a Danish colony and today part of the US Virgin Islands). His mother, Sarah Eliza Allen, originated from the Dutch colony of St. Maarten. In 1897, she met the charming porter, William Henry Augustus Cornelius, who was the son of an enslaved man of African ancestry on St. Croix. Victor was born on the 3rd August 1898, but later in Copenhagen, his surname was mistakenly written down as Cornelins instead of Cornelius, due to a misreading of an extract from the parish register where his birth had been recorded by the local priest.

The summer of 1905 saw an exhibition on the Danish Colonies in Tivoli in Copenhagen. Different tableaus from the various Danish colonies were represented at the exhibition. After several failed attempts to provide the Danish West Indian stand with adults from the islands, two children were taken from St. Croix and sent to Denmark. They were the 7-year-old Victor Cornelins and the 4-year-old Alberta Roberts. The children caused a huge sensation over the following weeks. In the afternoons when there were not too many guests, Victor would wander around looking at the rest of the exhibition. In order to keep the two children at the West Indian stand – where they were indeed a huge crowd puller – the children were put in a cage. When the colonial exhibition ended, the children were never returned home to St. Croix. Instead, they were placed in the orphanage, Vajsenhuset, in Copenhagen.

In 1917, when the Danish West Indies were sold to the USA, Victor Cornelins chose to stay on in Denmark as a Danish citizen. After obtaining his teaching certificate in 1919, he moved to Nakskov on the island of Lolland, and was employed as a teacher with the Nakskov School Authority. Later, he became a deputy head teacher and worked for the next 55 years in Nakskov’s schools.

Victor Cornelins conducted different choirs and orchestras in Nakskov. He was in charge of Nakskov’s Music School and was highly active in the Sudan Mission (part of the international Sudan United Mission) and as a speaker all over Denmark. Here, he spoke, among others, of “Africa’s present-day problems”; Race problems on hold” and “Is there racial prejudice in Denmark?”. He expressed himself in the radio lecture, “The adventure of my life”, and participated in a talk show with the designer and philosopher Piet Hein, Denmark’s chief Rabbi Marcus Melchior, and the architect and social critic Poul Henningsen (simply called PH by Danes).

In 1973, Cornelins developed cancer and was hospitalized in Nakskov Hospital. During his long stay, he got the idea to create a regular ensemble of hospital personnel who could cheer up patients, inhabitants of nursing homes, churchgoers and the disabled, free of charge. At first called The Nakskov County Hospital’s Staff Choir, it was the beginning of the White Choir with Cornelins as conductor. The concept of his choir spread from Nakskov to hospitals in the Danish towns of Maribo, Vordingborg, Næstved, Nykøbing Falster and Slagelse, and Cornelins managed to see the first five ensembles perform. Towards Christmas, the ensembles came together and sang at a concert which ended with all the choir members dressed in white as angels singing before the small, grey-haired man.

In 2016, a bronze statue of Victor Cornelins was erected in Nakskov. The statue was made by the artist John Kørner, and as far as is known, is the very first statue of a West Indian with Danish citizenship in Denmark.

Nakskov Local History Archive has a large and varied collection of material on Victor Cornelins, among others, his private archives, photographs, sound recordings, newspaper cuttings and books.