THE SHORT LIFE OF TOYIN SALAU & A LEGACY STILL AT WORK 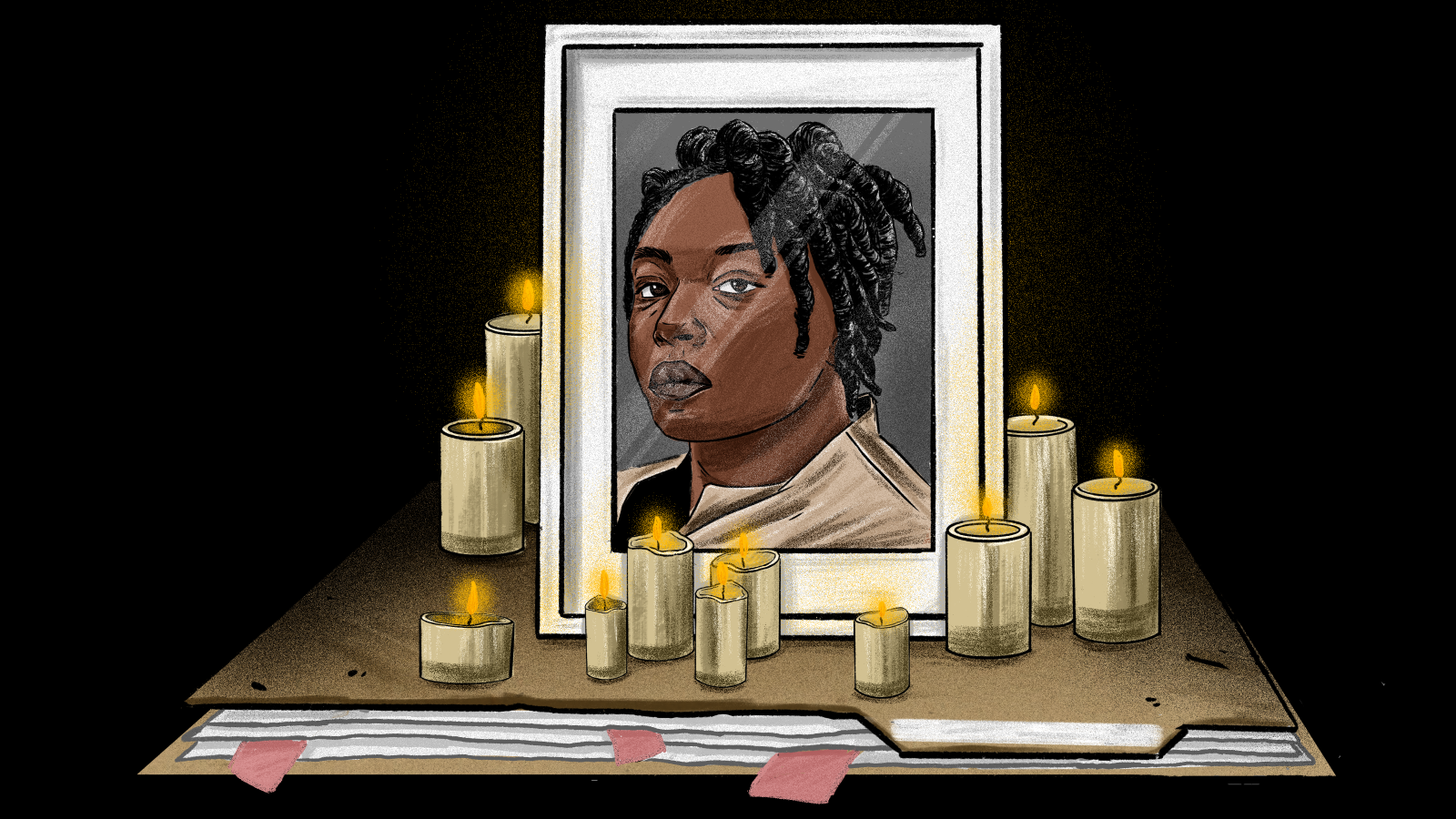 Dusk was waning on June 14 when her friends got the news: one of the two bodies police had found the night before had been identified. It was Toyin. A 19-year-old student living in Tallahassee, Oluwatoyin Salau had met the group of activists during the George Floyd protests, a moment when young people across the city were flooding the streets to demand justice. The protesters had grown close quickly, bonding over shared traumas and a vision for the world. That is, until Toyin slipped away from a protest one night and, soon after, posted a cryptic and distressing Twitter thread that described a sexual assault. Her friends knew that Toyin had been assaulted in March and that the man was still harassing her. For her to go missing seemed disastrous.

After a week of searching for her, the news seemed like a bad dream. As the community spread the word throughout their network, Ashley Laurent, a 22-year-old student at Florida A&M University, sent out the news to the people on Instagram and Twitter who had been asking her almost daily for updates. Shaken and queasy, Ashley pressed send: “I’m sorry to inform everyone of this, but Toyin is no longer with us.”

In the days that followed Oluwatoyin Salau’s death, Ashley could only watch as her name became a hashtag. Much to the surprise of the protesters in Tallahassee, her disappearance—just hours after she posted the details of the sexual assault—and death had thundered across the Internet. Around the world people painted portraits and planned vigils. Elizabeth Warren, Kamala Harris, and others made public statements expressing their sadness. “I’m furious. I’m heartbroken. You deserved protection,” wrote Ari Lennox in an Instagram post. Barry Jenkins, who graduated from Florida State’s film school, pointed out that Tallahassee was Florida’s capital—and even there, she had not been protected. “I am her and she is me,” wrote Gabrielle Union. “I am alive to talk about surviving my rape at 19. She is not.” Even Kehlani, one of Toyin’s favorite artists, wrote a long tribute.

Alongside the hashtag #JusticeForToyin, Black women pointed out that the injustice of Toyin’s murder reflected a wider issue: that Black women and girls experience disproportionate amounts of sexual violence– a material, demonstrable, and exhausting reality that is regularly met with indifference. “The weight of existence and the trauma of unresolved violence that Black women carry?” wrote Folu Akinkuoto on Twitter. “It’s just so unfathomably painful and fucked.”FOR THEM, TOYIN’S MURDER COULD NEVER BE FIGURATIVE.

Toyin’s friends felt dizzied by the paintings and poems flashing across their feeds, a bulletin of grief. But as thousands of people retweeted photos and videos of Toyin, sharing her story so widely that she became a trending topic on Twitter, they knew they were watching their friend become a symbol. For them, Toyin’s murder could never be figurative. They knew her laugh, the music that she sang along to, how she would change her hair on a whim. They saw firsthand the lack of value attributed to her life, that even when crowds of people rallied to find her, it wasn’t enough to merit the same urgency as a white woman. These young Black women never stopped agitating about Toyin’s disappearance: They forced the public and police to pay attention, to prevent their friend from becoming a statistic. Without them, Toyin’s name could have been swept to the side, like any of the 64,000 or more Black women and girls who are currently missing in the United States, a statistic only exacerbated by the well-documented disparity that Black women’s disappearances are often erased by police and in the press — what Gwen Ifill once nicknamed “Missing White Woman Syndrome.”

From the day they last saw Toyin, the young activists knew they couldn’t rely on the police or local officials. Instead, the young people who flooded the streets to protest the murder of George Floyd organized searches, they demanded accountability, and they made the world pay attention. They also demonstrated how police, even when not acting punitively, can enact another form of violence: deprioritizing, devaluing, and ultimately not believing threats to Black women. Now, they’re the ones honoring her death. Those with access to more resources failed to take Toyin’s repeated cries for help seriously; they had failed to use their power to keep her safe. In the weeks leading up to her death, Toyin was fighting for a world where authorities wouldn’t have failed her like this one did.

“The community protects the people more than the police does,” Danaya Hemphill, a 23-year-old FAMU student who helped lead the searches, told me when we met in Tallahassee, at a house not far from where Toyin was found. Wreathed in the muffled drone of cicadas, she leaned forward on the couch we were sharing, her voice quickening with the determined edge it would take every time we would talk about Toyin. “Because who was it who showed up for Toyin? The community. Not the police.”

Like many of the activists in Tallahassee, Dani and Ashley first met Toyin at the end of May, while the protests for George Floyd were ricocheting around the country, bringing people who never knew each other together. They had met her on the city’s first day of protests, a week before she went missing.

Tallahassee is a small city. Its organizing circles were close-knit before the uprisings, and the George Floyd protests drew hundreds of new people into the fold. The city had seen three officer-involved shootings in a span of three months: one in March and two in May. Over that week, the protesters had grown close to each other, forging bonds and friendships that they say have changed their lives. “Tallahassee felt it personally,” Octavia Thomas, a 23-year-old graduate of Florida State University and organizer with the Movement 850, a student activist collective, told me. “It was in our backyard.”

Jamaica Past (images)
Selected images from 1800 - 1923
Previous post NADIA DENTON
Next post Do I Have To Go Back To Work? A Quick Guide To Your Rights