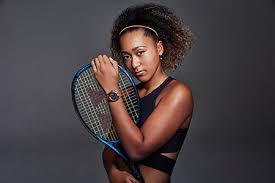 Naomi Osaka withdrew from the Western & Southern Open on Wednesday in protest against racial injustice.

Shortly after her decision, the USTA, WTA and ATP jointly announced they were taking a stand against racial inequality and social injustice and had “decided to recognise this moment in time by pausing tournament play at the Western & Southern Open on Thursday 27 August”.

Play at the event will resume the following day.

Osaka, a two-time Grand Slam champion and former world No.1, had earlier beaten Anett Kontaveit to reach the semifinals of the tournament in New York.

Osaka’s decision followed the 23 August shooting of African-American man Jacob Blake at the hands of police in Kenosha, Wisconsin, which has sparked several days of demonstrations in the state.

Several teams in the NBA, WNBA and MLB have also boycotted matches in their respective leagues.

“If I can get a conversation started in a majority white sport I consider that a step in the right direction.”

Osaka, the fourth seed, had earlier defeated Kontaveit 4-6 6-2 7-5 to set up a semifinal meeting with Elise Mertens.