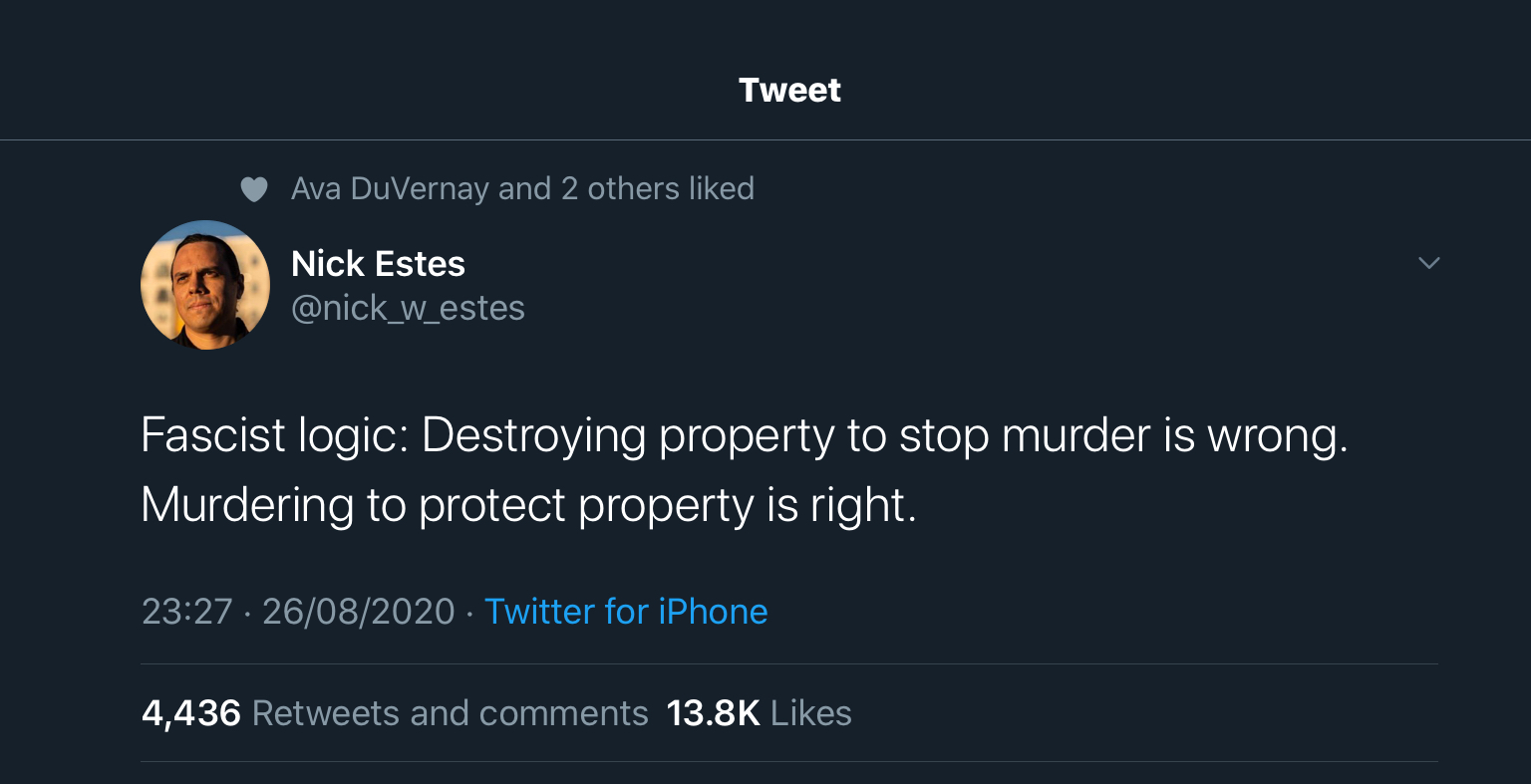 More reinforcements are being sent to the US city of Kenosha, Wisconsin, following unrest sparked by the police shooting of a black man.

Jacob Blake, 29, was shot and injured by police on Sunday as he leaned into his car and as his children watched.

Protests since then have turned violent, with two people killed and one injured on Tuesday night. A 17-year-old youth has been arrested.

Mr Blake is recovering in hospital and is conscious, his family say.

But his lawyers say it will take “a miracle” for him to walk again.

The protests over Mr Blake’s shooting have at times turned violent, causing damage to property.

Tuesday night’s incident was believed to have involved protesters against Mr Blake’s shooting and armed men guarding a petrol station.

Hours after Mr Blake was shot on Sunday, hundreds rallied outside Kenosha’s police headquarters. As the protests went on, cars were set alight, armed robberies were reported and a night-time curfew was eventually put in place.

On Tuesday, hundreds of protesters marched through the city again. A small group threw fireworks and water bottles at police, who responded with rubber bullets and tear gas.

A spokesman for the Wisconsin Professional Police Association told the BBC individuals and groups were exercising their own form of vigilantism because law enforcement was spread very thin across the city.

On social media, footage showed a man with a rifle being chased by a crowd before he fell to the ground and appeared to fire at them. Other videos show armed civilians, many dressed in military fatigues, congregating outside businesses they said they were protecting.

At a news conference on Wednesday, Kenosha Police Chief Daniel Miskinis confirmed that a 17-year-old from Antioch, Illinois, had been arrested over the deaths of a 26- and 36-year-old during Tuesday’s protests. The injured individual is also 26 years of age, and is expected to recover, he said.

The teenager, named as Kyle Rittenhouse, has been held on suspicion of first-degree murder.

Sheriff David Beth said that there had been calls for him to allow civilians to help with law enforcement – a process known as deputising.

“What happened last night was probably the perfect reason why I wouldn’t,” he said. The sheriff added that he was not certain but believed the individual involved in the two deaths belonged to a group that wanted to be deputised.

President Donald Trump said on Wednesday he was sending “federal law enforcement and the National Guard” to Kenosha.

“We will NOT stand for looting, arson, violence, and lawlessness on American streets. My team just got off the phone with Governor Evers who agreed to accept federal assistance (Portland should do the same!),” he tweeted.

Kenosha Mayor John Antaramian said the FBI, Bureau of Alcohol, Tobacco, Firearms and Explosives (ATF), US Marshals as well as police across the state were already involved in efforts to quell the unrest.

Mayor Antaramian told reporters on Wednesday: “I am here today basically to, number one, inform everyone that we are not planning on letting this violence continue.

What other reaction has there been?

On Tuesday, Mr Blake’s mother, Julia Jackson, said that her son had been “fighting for his life”, but that if he “knew what was going on as far as that goes, the violence and the destruction, he would be very unpleased”.

Her sister said she was numb with pain.

Democratic presidential candidate Joe Biden said was “sick” that a black man had been shot by police once again. “Justice must be done,” Mr Biden said.

Protests have also spread to a number of other cities, including Portland, Oregon and in Minneapolis, Minnesota, where the police killing of unarmed black man George Floyd in May sparked Black Lives Matter protests across the US and globally.

On Wednesday night, the Milwaukee Bucks basketball team became the first to boycott a match in response to Mr Blake’s shooting.

They did not appear for game five of their NBA play-off series against the Orlando Magic.

Prior to the game, Bucks coach Mike Budenholzer said: “Myself, my players and our organisation are very disturbed by what happened in Kenosha.”

He added: “It is a great challenge to have an appreciation and a desire to want change, to want something different and better in Kenosha, Milwaukee and Wisconsin, and then to go out and play a game.”

Afterwards, the NBA announced the two remaining games scheduled for Wednesday had also been postponed.

Player Norman Powell said the situation had gotten to a point where just saying “Black Lives Matter” was not enough.

Editor’s note: The tweets were added to say what the BBC would not say.