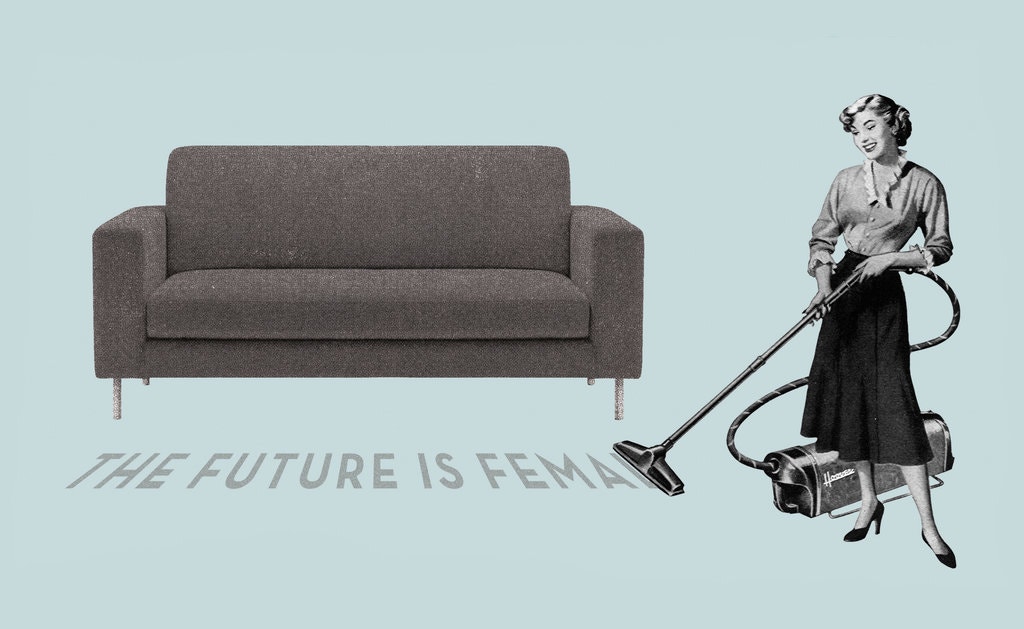 Ms. Kelly is a Ph.D. student researching the impact of digital cultures on anti-feminism and the far right.

In a podcast interview posted last spring, Nicole Jorgenson, a singer and former schoolteacher in North Dakota, explains to her host that she has never been happier since marrying and having children. And yet between cute pastoral anecdotes of growing her own vegetables and making banana bread, it soon becomes clear that Ms. Jorgenson is advocating something sinister — not just a return to agrarian motherhood.

She lived in Germany temporarily, she says, but left just before “an influx of refugees took over the country.” She just had a child and thinks the new baby is beautiful — but maybe not quite in the same way all mothers do: “I always wanted children that looked like me,” she says, “blond-haired, blue-eyed babies, but I kind of had to say it under my breath.”

By the time the interviewer begins to gush about how wonderful it is that Ms. Jorgenson and her husband are both of Norwegian heritage — “you guys come from the same blood” — it’s clear what political demographic both women are catering to. Ms. Jorgenson is being interviewed on Radio 3Fourteen, a white supremacist talk radio program; it is interviewing her because she considers herself a tradwife.

The digital far right, frequently called the alt-right, is largely regarded as a men-only space. The photographs from the white nationalist rally in Charlottesville, Va., were striking for the lack of female faces in a sea of button-down-wearing snarls. The movement shares DNA with so-called incels, a network of men who feel women have unfairly denied them sexual relationships. And it is defined in part by its misogyny and its anti-feminist, anti-woman language.

But some members of the alt-right have been weighing whether the absence of women from their movement is a problem. In 2016, the Swedish nationalist Marcus Follin, who calls himself The Golden One on YouTube, made a video titled “The Women Question.” In it, he urged his followers to dial down the open misogyny and consider new strategies to win over more women to the white nationalist cause. Mr. Follin was responding to statistics from the Austrian presidential election that year, in which female voters helped swing the election away from the candidate of the far-right Freedom Party. “You might not like that women have the right to vote, you might not like that anyone has the right to vote,” Mr. Follin conceded, “but it’s about winning a long-term political victory.”

Over the past few years, dozens of YouTube and social media accounts have sprung up showcasing soft-spoken young white women who extol the virtues of staying at home, submitting to male leadership and bearing lots of children — being “traditional wives.” These accounts pepper their messages with scrapbook-style collections of 1950s advertising images showing glamorous mothers in lipstick and heels with happy families and beautiful, opulent homes. They give their videos titles like “Female Nature and Advice for Young Ladies,” “How I Homeschool” and “You Might be a Millennial Housewife If….”

But running alongside what could be mistaken for a peculiar style of mommy-vlogging is a virulent strain of white nationalism. One such advocate who calls herself “Wife With a Purpose” made international headlines last year when she issued something she titled “the white baby challenge.” Citing falling white birthrates in the West, she urged her followers to procreate. “I’ve made six!” she wrote. “Match or beat me!” Wife With a Purpose might be the most prominent and certainly most openly white supremacist of the women who call themselves tradwives, but she is not an anomaly: These accounts veer dizzyingly from Cosmo-style tips on pleasing your husband to racist musings about “ghetto music” to, on some occasions, calls to reassert their vision of the white race. The seemingly anachronistic way they dress is no accident. The deliberately hyperfeminine aesthetics are constructed precisely to mask the authoritarianism of their ideology.

Still, tradwives remain worth contemplating because they help illuminate some of the forces that drive the alt-right and where the movement might be going. The alt-right is abhorrent; it is racist and hate-filled.

But it is, like any other mass movement, also driven by a sense of dissatisfaction with modern life. Tradwives help us understand the sources of that dissatisfaction by revealing points of overlap between red-lipsticked mothers of six and the men who complain of being “kissless virgins.”

There is nothing particularly new about this message within the far right. And tradwives still constitute a niche digital subculture. There’s a clear market for their message — the biggest tradwife accounts usually surge to about 10,000 YouTube subscribers in just a year of posting — but their male alt-right counterparts have 10 times the number of followers.

A frustrated yearning for a mythic past of material abundance, at a time when it is becoming increasingly difficult for young people to build careers and achieve financial security, is not gender-specific. Young people face ever more obstacles, higher demands and continually dwindling returns in the form of work benefits, job security and pay. We shouldn’t underestimate how some young white women, when faced with this bleak economic landscape and then presented with a rosy image of 1950s domestic bliss, may look back to 1960s Friedan-era feminism as having cheated them out of a family and a luxurious lifestyle, all supported by a single income. The men on the alt-right might point to diversity initiatives and mass immigration as having dismantled their career prospects; the women are furious that they have to consider career prospects at all.

Tradwives also point to the ways that the half-finished work of the sexual revolution has brought about not just male but also female discontents. The likes of pickup artists and incels claim that the sexual revolution has brought about a consequence-free life of pleasure for young women, while socially awkward or unattractive men are left behind. But the existence of tradwives points to a more nuanced reality. Female fears of objectification and sexual violence remain as potent as ever; the tradwife subculture exploits them by blaming modernity for such phenomena, and then offers chastity, marriage and motherhood as an escape. As one such YouTube commentator, a teenager, told her audience, traditionalism does “what feminism is supposed to do” in preventing women from being made into “sexual objects” and treated “like a whore.”

It’s a lie, of course. Modesty has never been a safeguard against degradation or rape, and we know that a rapist is no less likely to hurt a woman simply because he’s married to her. But it’s not difficult to see how it could be a seductive lie; the continuous headlines made by the #MeToo movement, paradoxically, were eagerly shared among tradwife networks, as supposed proof that sexual liberation had made life unacceptably dangerous for women.

At present, these shared dissatisfactions haven’t helped the alt-right recruit significant numbers of women because, quite simply, the men cannot keep their seething misogyny in check. Women, even those initially sympathetic to alt-right ideas, face blistering hostility on alt-right message boards and forums when they try to participate. Several longtime alt-right commentators have begun to post lengthy warnings denouncing “ trad thots” — women they deem disingenuous in their support — who they say latch onto the movement as a source of fame or money. Lauren Southern, an alt-right YouTube commentator, recently put out a video called “Why I’m Not Married,” in which she pleaded with her audience to stop calling her a “degenerate” for not being married with children at age 22. It’s exceedingly difficult to feel sorry for Ms. Southern, whose stunts have included attempting to block direly needed refugee rescue boats off the coast of Italy. But it’s understandable that even women with white nationalist sympathies may not be leaping to sign up for this kind of treatment.

Like most political networks primarily based on the internet, the alt-right evolved extremely fast. When I began studying digital anti-feminist and far-right networks for my doctorate in 2015, the number of women in these spaces seemed small enough to be insignificant. There has since been such a surfeit of women beginning careers off such networks, many infusing their particular brand of far-right ideology with “trad” rhetoric, that it now seems irresponsible not to think about them, their roles and what they reveal. The material conditions that allow far-right movements to thrive seem unlikely to change, and feminism’s work is far from done in countering the kind of sexual anxieties that the alt-right exploits. Tradwives may seem like a lunatic fringe at present, but they may not stay one for long.

Annie Kelly is a Ph.D. student at the University of East Anglia researching the impact of digital cultures on anti-feminism and the far-right.