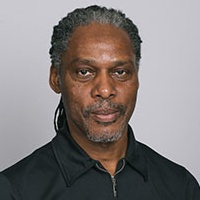 Dr William Henry was born in Lewisham of Jamaican parents, his mother was a qualified machinist who worked in a factory; his dad was a farmer who ended up working on British Rail. Growing up in Lewisham he always had the support of his parents in whatever ventures he embarked upon. “I can give credit to both my parents for teaching me (and my siblings) where we are, how we’re perceived in society and why we need to achieve as much as we can” says Dr Henry.

Although a naturally talented person from a young age (he and his brother were both tested academically suitable enough to go to a local grammar school), he was forced to go to the local comprehensive school, Samuel Pepys – now Crossways Academy, on account of his skin colour. “This experience brought home to me how racist this society was,” Dr Henry affirms, “the school itself was nicknamed Sambo Peeps due to the high number of black boys who studied there.” In spite of having the capability to perform well at school, Dr Henry felt he did not agree with some aspects of the British educational system, which, in his view, “taught us that blacks achieved nothing in history”.

As an escape, he ended up taking courses in black history at Moonshot Youth Club, and at 15 was introduced to African history and black contributions to the world’s development, as well as studying martial arts to create a mind/body balance. This focus on the African contribution helped give him a sense of identity. He felt that “as a child there’s a certain amount of confusion within the system as to whom we’re supposed to revere educationally (in the typical British education system).”

After being expelled from both school and college for fighting, Dr Henry initially started work as a clerk in solicitor firms and banks after taking career aptitude tests. At 18, however, Dr Henry trained as an industrial pipe fitter and was for a while a self-employed plumbing and heating engineer. This never stopped his passion for learning nevertheless,

“I’ve always been into self-education and literature; I have completed plenty of courses which don’t have officially recognised qualifications.”

After those years of experience, Dr Henry enrolled on an Access course at Goldsmith’s College, University of London, going on to complete a BA in Anthropology and Sociology, then heading straight into intense PhD study. Even as a mature student, he faced frequent mockery and subtle discrimination – “People frequently questioned my being there…. even the tutor as well as the students laughed when I informed them I intended to get a PhD from that course.”

In 2003, he finally qualified as a social anthropologist, briefly becoming a Visiting Research Fellow and lecturer at Goldsmith’s Department of Sociology. Already a self-taught individual, Dr Henry cited his attraction to sociology from the application of theories and models being applied to society. Because of his earlier passion for learning alongside his jobs, he felt he was there purely for the theory and models as opposed to being educated in a conventional way.

It was during his PhD study that Dr Henry and his wife and friends set up Nu-Beyond. Established in1998, Nu-Beyond is an independent organisation which continues to seek out and remedy the factors which exacerbate the tensions between various communities, whether they are racial, sexual or class-driven patterns of behaviour. The organisation hopes to tackle these problems in a way which provides an example of self-reliance that leads to self-determination. Its programmes focus on the specialities of education, race, ethnicity, diversity and social, cultural and political empowerment. He cites his old mentor Professor Herbert Ekwe-Ekwe (who he met in Lewisham as a young man) as the main inspiration behind Nu-Beyond.

Through Nu-Beyond, Dr Henry also organises sessions called ‘BLAK Friday’. It was set up in 2006 ahead of the 2007 anniversary of the Atlantic slave trade – “a space to present alternatives to the ‘Wilberfarce’ promoted widely for the ‘white saviour’ of helpless black slaves without acknowledging the activism of blacks in the emancipation process.”

A project with a more contemporary focus within Nu-Beyond is the ‘Guns, Gangs, Family and Community’ project, offering training for youth services, presenting practical solutions to serious problems for black and wider communities within the UK. “Unlike research projects from various organisations, we focus on strong groundwork and connecting people with training and work rather than compiling pages of research which on the ground tends to be useless,” says Dr Henry.

From his work, Dr Henry has diagnosed some of the biggest obstacles facing young black youths today is the problem of people not knowing what they’re being educated for and not grasping the fundamentals of education, as well as lacklustre parenting.

“In my day (the 1970s) I was determined to appear smart in school; now it’s the other way, some among black youth unfortunately seem to revel in being seen as stupid and underachieving. Sometimes these kids don’t know what they’re being educated for.”

A friend of prominent black academics and writers such as Paul Gilroy, Robert Beckford and Linton Kwesi Johnson,

Dr Henry is a firm critic of the disproportionate number of ethnic minorities in prominent institutions such as the media, finance, politics and the law.

Speaking about the reception of him and his colleagues, Dr Henry says “We are definitely sidelined in favour of mainstream white academics and writers.” Broadening the argument to the aforementioned institutions, he continues “A black kid who achieves AAAB at A level will generally find it a lot harder to get into a top university medicine course than a white kid who achieves all Bs.

The professionals who choose the prospective students need to change their attitude to how they select their students. We need to remedy the impression that a middle class white Oxbridge graduate is somehow more intelligent than an ethnic minority pupil from the inner city. I encourage black people of all ages to study at universities, as once we attain top qualifications and influence in employment, we will form a critical mass which no one will be able to ignore.”

As an international lecturer, Dr Henry cites the University of Oklahoma as having the biggest impact on him. “My visit there introduced me to an area called the ‘Black Wall Street’ or as the Ku Klux Klan called it, ‘Little Africa’. It was set up as a blacks-only area, as a result of segregation. Ironically, it was the best thing to happen to that community as they demonstrated that they were very autonomous, self-reliant and prosperous without having to rely on handouts and assistance by whites. Unfortunately it was burnt and looted within a day on June 1st 1921 by the KKK as they noticed its growing prosperity.” The model of the Black Wall Street is a model which Dr Henry would like to see developed in communities over here.

As far as his plans for the future are concerned, Dr Henry says “Just do what I do and hopefully get paid for it!”

Dr Lez Henry is Professor of Criminology & Sociology at the University of west London (August 2020).