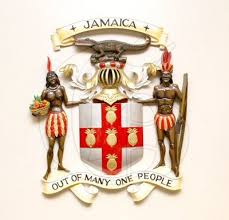 Jamaica is an island nation in the Caribbean Sea, 90 mi (145 km) south of Cuba and 100 mi (161 km) west of Haiti. The island has beautiful coastal lowlands, a limestone plateau, and the majestic Blue Mountains to the east.

Jamaica is a parliamentary constitutional monarchy. The current government was created in 1962 with the adoption of Jamaica’s first independent constitution; the parliament is bicameral with two chambers, the House of Representatives and the Senate. It is a member of the Commonwealth of Nations and maintains Elizabeth II as its official head of state.

Jamaica has had an incredible influence on music around the world. Jamaica is the birthplace of many significant genres and sub-genres including reggae, ska, lovers rock, jungle and dancehall music.

Jamaica is also well-known for its sports, domestic and international and performs very well in regional and global sports. The country has produced many talented boxers, cricket players, soccer players, and more. The nation’s track athletes are top performers, making routine appearances in international competitions.

It produces some of the world’s best coffee. The Blue Mountains, as well as being beautiful terrain, have a climate that produces world-class beans. Blue Mountain coffee is highly sought after, so there are many regulations about its branding and distribution; it has to be approved by a commission in Jamaica, and is guaranteed to come from the region its named after. The coffee is world-famous for its mild flavor.

Like many Caribbean countries, Jamaica’s economy depends heavily on tourism. Upwards of 1.3 million tourists visit Jamaica each year, and services make up over half of the country’s economy. Mining and agriculture make up other significant parts of the GDP.

The earliest peoples of Jamaica are mostly known from the artefacts they left on the island; they’re most commonly known as the Redware people as a result. The most influential people on the island, who would inhabit it until the arrival of the Spanish in the late 1400s, were the Taíno. The Taíno are an Arawakan group who first came to Jamaica in the 800s C.E., bringing with them systems of government and farming that are common to a lot of other Arawakan parts of the Caribbean. The people settled in various autonomous communities run by caciques, with economic lives largely centered around agriculture. They planted maize and yuca to great effect; Taíno farmers used a system of control burns to enrich the soil, and would plant yuca in the ashes for better crop yields.

Taíno culture incorporated substantial handicrafts woven from the island’s plants, and that the people engaged in a popular regional sport called batéy. The batéy court was usually at the centre of a settlement, and the game served many valuable cultural functions. We also know that the Taíno practiced matrilineal inheritance (property inherited from mother to daughter), as opposed to the patrilineal system more familiar to European cultures, and that they had nuanced family structures and traditions. Although the Taíno didn’t have a written language, Arawak words from the local Taíno (from Jamaica and elsewhere) have had a profound impact on the Spanish and English language. Loan words from Arawak include barbecue, hammock, potato, and hurricane. The name Jamaica comes from the Taíno name for the island, Xaymaca.

Sugar made Jamaica one of the most valuable possessions in the world for more than 150 years. The British Parliament abolished slavery as of August 1, 1834. After a long period of direct British colonial rule, Jamaica gained a degree of local political control in the late 1930s, and held its first election under full universal adult suffrage in 1944. Jamaica joined nine other U.K. territories in the West Indies Federation in 1958 but withdrew after Jamaican voters rejected membership in 1961. Jamaica gained independence in 1962, remaining a member of the Commonwealth.

Columbus set foot on Jamaica in 1494 and renamed it Santiago (St. James). In the early years of Spanish colonization, the island was largely overlooked. Colombus’s family, who were given rights to the island by the Spanish Crown, mostly just used it as a resupply point for ships in the area. The colony proper wouldn’t really begin until the founding of New Seville in 1509. The capital would be moved to Villa de la Vega (later called Spanish Town) in 1534.

Forced labour, colonial violence and European disease took a major toll on the island’s population. As the local Taíno died in large numbers, African males and females stolen and forced into slavery were shipped to the colony and forced to continue the gruelling physical labor, from 1517. Santiago lacked obvious mineral wealth (i.e. gold and silver), and so the colony was mostly used as a military forward outpost for colonizing other regions. The Santiago colony never reached substantial size or wealth compared to Cuba. At its peak, the colony reached nearly 3,000 people.

Jamaica as part of the British Empire

Sugar made Jamaica one of the most valuable possessions in the world for more than 150 years.In 1655, England claimed Jamaica from the Spanish through bloodshed and war. Buccaneers operated from Port Royal, also the capital, until it fell into the sea in an earthquake in 1692. Disease decimated the Arawaks, so more enslaved Africans were imported like cattle to work on the sugar plantations. During the 17th and 18th centuries the British were consistently resisted by the Maroons, who were armed former slaves who had freed themselves and roamed the countryside. The abolition of the slave trade (1807), the emancipation of the enslaved (1833) combined with a drop in sugar prices eventually led to a depression that resulted in an uprising in 1865. The following year Jamaica became a Crown colony and the introduction of bananas as a crop reduced the dependence on sugar.

The British Parliament abolished slavery as of August 1, 1834. The former enslaved people of African descent were still required to work without pay for some years thereafter. After a long period of direct British colonial rule, Jamaica gained a degree of local political control in the late 1930s, and held its first election under full universal adult suffrage in 1944. On May 5, 1953, Jamaica gained internal autonomy, and, in 1958, superheaded the organization of the West Indies Federation. After a referendum, Jamaica became independent on Aug. 6, 1962. The first Prime Minister of independent Jamaica was Alexander Bustamante of the Jamaica Labour Party, followed by Donald Sangster and Hugh Shearer of the same party. Michael Manley, of the socialist People’s National Party, became prime minister in 1972.