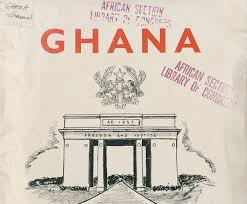 At long last, the battle has ended! And thus, Ghana, your beloved country is free forever!

And yet again, I want to take the opportunity to thank the people of this country; the youth, the farmers, the women who have so nobly fought and won the battle.

Also, I want to thank the valiant ex-servicemen who have so cooperated with me in this mighty task of freeing our country from foreign rule and imperialism.

And, as I pointed out… from now on, today, we must change our attitudes and our minds. We must realise that from now on we are no longer a colonial but free and independent people.

But also, as I pointed out, that also entails hard work. That new Africa is ready to fight his own battles and show that after all the black man is capable of managing his own affairs.

We are going to demonstrate to the world, to the other nations, that we are prepared to lay our foundation – our own African personality.

As I said to the Assembly a few minutes ago, I made a point that we are going to create our own Africa personality and identity. It is the only way we can show the world that we are ready for our own battles.

But today, may I call upon you all, that on this great day that let us all remember that nothing can be done unless it has the support of God.

We have won the battle and again rededicate ourselves … OUR INDEPENDENCE IS MEANINGLESS UNLESS IT IS LINKED UP WITH THE TOTAL LIBERATION OF AFRICA.

Let us now, fellow Ghanaians, let us now ask for God’s blessing for only two seconds, and in your thousands and millions.

I want to ask you to pause for only one minute and give thanks to Almighty God for having led us through our difficulties, imprisonments, hardships and sufferings, to have brought us to our end of troubles today. One minute silence.

Ghana is free forever! And here I will ask the band to play the Ghana National Anthem.

Reshaping Ghana’s destiny, I am depending on the millions of the country, and the chiefs and the people, to help me to reshape the destiny of this country. We are prepared to pick it up and make it a nation that will be respected by every nation in the world.

We know we’re going to have difficult beginnings, but again, I am relying on your support…. I am relying upon your hard work.

Seeing you in this… It doesn’t matter how far my eyes go, I can see that you are here in your millions. And my last warning to you is that you are to stand firm behind us so that we can prove to the world that when the African is given a chance, he can show the world that he is somebody!

We have awakened. We will not sleep anymore. Today, from now one, there is a new African in the world!

CHERRY NATURAL (JAMAICA) SPOKEN WORD
Cherry Natural considers herself as a feminist dub poet or activist, and her sources of inspiration include the late Jamaican poet Louise Bennett. Louise Bennett is well-known as the first Caribbean poet who used Creole or patois consistently and to great effect in her ballads, and who relentlessly stood up for the people's language as opposed to standard English which was then considered as the only passport to social elevation.
Previous post KWAME NKRUMAH
Next post ESWATINI NATIONAL ANTHEM