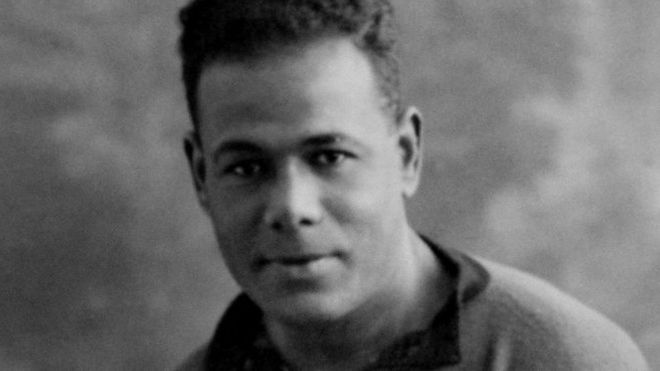 Crowdfunders have raised £100,000 to erect a statue of a footballer who was dropped from the England team when selectors discovered he was black.

Jack Leslie would have been the first black person to play for the nation having been selected in 1925.

A campaign for his statue outside Plymouth Argyle’s Home Park stadium has attracted donations from nearly 2,000 people since July.

Campaign co-founder Greg Foxsmith said he was “delighted” by the news.

Leslie joined Argyle in 1921 and stayed there for 14 years, making 401 appearances and scoring 137 goals.

Club chairman Simon Hallett said: “Jack was not just a great footballer. He has become a symbol of the injustices in our game and in our society.

“I hope that when we have his statue up it will become an enduring symbol of the progress we can make in fighting the evil of racism.”

Leslie’s granddaughter Lyn Davies said: “I nearly fell over when I realised we had gone over the £100,000. It’s just amazing, I’m stunned.”

Lesley Hiscott, another granddaughter, said she was “over the moon” and “ecstatic”.

Former Argyle player Ronnie Mauge described the campaign as “phenomenal” and said he was “so proud of the Plymouth people and the club”.

“He [Leslie] laid the foundation for someone like me to go to Plymouth,” Trinidad and Tobago international Mauge added.

Argyle supporter and comedian Josh Widdicombe said the campaign had “shined a light” on racism in football.

Mr Foxsmith said: “We want to use the Jack Leslie story to highlight those issues, to challenge prejudice, to challenge discrimination, and to show in 2020 we can be better than we were in 1925.”

Fundraising for the statue will continue, with proposals for its design considered by Leslie’s family and fans.