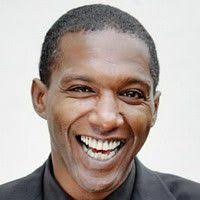 Yemarshet Sissay came to England from her homeland, in 1966, planning to become a teacher so she could bring her new found skills back with her to Ethiopia to teach in schools there. She was pregnant with her son Lemn, who would go on in later life to become a playwright, broadcaster, writer and speaker.

Alone in England and studying in Bracknell, Berkshire, Yemarshet was sent to live in a home for unmarried mothers in Lancashire and gave birth to Lemn in Billinge Hospital, Wigan on 21 May 1967.

In the 1960s in England, all mothers-to-be who were not married were assigned a social worker as their behaviour was considered to be socially wayward. Wanting to return to Bracknell to complete her studies, Yemarshet was told by her English social worker, Norman Goldthorpe, that he had found foster parents to care for Lemn while she did so.

Foster parents look after children on a temporary basis while adoptive parents legally adopt a child and they become their own children. Yemarshet’s expectation was that she would be able to get her baby back.

Instead, Goldthorpe gave Lemn to Mr and Mrs Greenwood, a white couple, who at the time were childless. The social worker told the Greenwoods to treat their care of Lemn as an adoption rather than a fostering placement. Before doing so, he renamed Lemn “Norman”, after himself. Lemn grew up believing his name was Norman Greenwood.

In 1979, after having three children of their own, the Greenwoods placed Lemn back into the social care system with no explanation, saying that they and their children would have no further contact with him. Lemn was 12 years old.

From the age of 12 to 17, Lemn bounced between children homes and was neither adopted nor fostered. At 17, when he was leaving the last of four children’s homes to live in supported accommodation (children in the care of the state in England are placed in supported accommodation to live alone, at the age of 17) Lemn was given some documents including his birth certificate. It was the first time he’d ever seen it.

It was then he discovered his mother’s name was Yemarshet Sissay, and the birth name she had given him on his birth certificate was Lemn Sissay, and that Lemn means ‘why?’ in Amharic. Amongst the documents was a letter from his file dating back to 1968. Written by his mother to her social worker, Norman Goldthorpe, it said “How can I get Lemn back? I want him to be with his own people, his own colour. I don’t want him to face discrimination.” Goldthorpe had written back refusing to tell her where Lemn was, telling her only that he was with a very good Christian family and that he didn’t think it would be good to remove him.

Lemn reclaimed his name, began to write, starting out by self-publishing his poetry pamphlet, Perceptions of the Pen, which he sold to striking miners. He also commenced the search to reconnect with his mother. He finally met her at the age of 21 and has met with her several times since. Yemershat had returned to Ethiopia, where she had married and had more children.

Lemn has accumulated a further 12 publications since then, including his memoir, My Name is Why?: A Memoir and Something Dark, which deals with his journey to reunite with his mother who was at the time, living in Gambia, and find out about his father.

He has been turning commissioned poems into Landmarks since 1994. From The Royal Children’s Hospital to The Turner Art Gallery in Margate His poems are tattooed onto the body of his world. His work can be found in the Royal Festival Hall of London England to The British Council Offices in Addis Ababa, the streets of Manchester to a University in Huddersfield. His poem ‘Gilt of Cain’ in The City of London was unveiled by Bishop Desmond Tutu.