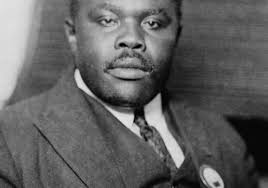 Every Tuesday night, 10pm until late.

“Hosted by Brother Nat NaRa and Brother Jemenyah on the only debrainwashing station for our community:

Education from our leaders past and present, as well as education shared from each other through reasoned debate.

Discussion for Tuesday 4 August 2020: Self Awareness part 5 – The Honourable Marcus Mosiah Garvey, the month of mosiah

Listen via tune in: http://tun.in/sfy3w

No internet? New dial up listening service – available now from any phone. No internet connection needed.

(Please mute your phone while listening)

Lewis Hamilton's priority in 2021 is to increase diversity in F1
“I got into racing because I love racing, that’s got to be at the core of what I do. If all you’re going for is accolades, for titles, I feel I could potentially lose my way.

BLACK PEOPLE'S DAY OF ACTION - 40 YEARS ON
The historically significant day, in 1981, saw over 20,000 people march across London seeking justice for the victims of the New Cross Fire, which had broken out six weeks prior. The tragic Fire had resulted in the death of thirteen black teenagers on the night, and a further death months later. Despite many signs and witness accounts indicating that the fire was racially motivated, the police failed to make any charges.
Previous post LEMN SISSAY
Next post Barack Obama: Eulogy for John Lewis