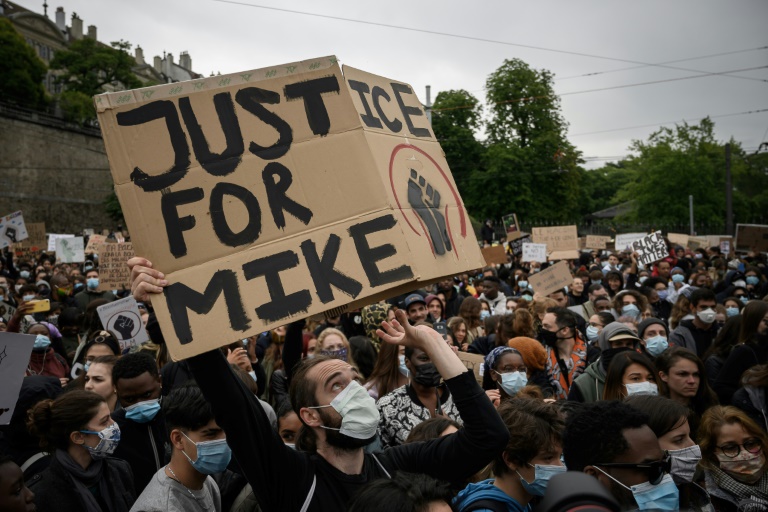 Mike Ben Peter, 37, was a Nigerian citizen and a father of two children.

In 2018, the police stopped him during a “preventive control against street dealers” near the train station in Lausanne, Switzerland, where they say he was behaving suspiciously. Mike refused to be searched and during a violent arrest, he was pepper-sprayed and hit in the genitals and knees, until he was forced to the ground, with six officers on top of him.

According to the official report, he was then held down for six minutes. His family’s lawyer, Simon Ntah, states that Mike was pinned to the ground on his stomach an held in positional asphyxia for six long minutes by six police officers.

Swiss police guidelines instruct a maximum of two minutes. When he became unconscious, the police called an ambulance and performed first aid. He died of a heart attack in hospital 12 hours later. The officers said they found cocaine balloons in his mouth, however his toxicology report was negative.

His death was ruled accidental in 2018. The officers involved in his arrest were never suspended and are still on duty, although the investigation is still ongoing.

RTL Today, Switzerland grapples with its own George Floyd case, 16.06.2020

Jamaica Past (images)
Selected images from 1800 - 1923
Previous post Adama Traoré
Next post What, to the American Slave, is Your 4th of July? – Frederick Douglass