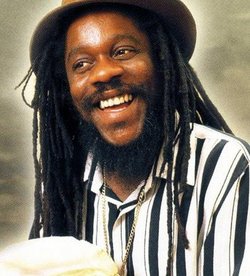 Known as the “Crown Prince of Reggae”, Dennis was born on 1 February 1957 in Kingston, Jamaica. Born on Orange Street, a street at the heart of Jamaica’s music scene at that time, young Dennis would see many recording artists going to and from the studio to record their latest releases.

Like Little Stevie Wonder and Michael Jackson, Dennis began singing early in life. He began his singing career at the age of nine and released his first songs at the age of 12 with a cover version of The Impressions song, No Man is an Island, which he followed up a year later in 1970 with, If I Follow my Heart.

In 1972, the 16-year-old entered the Duhaney Park studio of Joe Gibbs and recorded the song that later established his international reputation, Money in My Pocket. Over the next three years, he recorded many hit singles with Niney “the observer” Holness as his engineer and producer.

The album, Just Dennis, was released under Niney’s production in 1975 and followed up with a number of hits including Cassandra, Africa and Westbound Train. 1977 saw him set up his own recording label, DEB. The 1978 album Wolf and Leopards, which gifted us with legendary tracks including Here I Come, Whip Them Jah Jah, Wolves and Leopards and Stop the Fussing and Fighting – reggae anthems to this day.

His biggest international hit came the following year when he resurrected “Money in My Pocket” which became a mega-hit and spawned the Words of Wisdom album and, also boasted the classic and much-loved “Ain’t That Loving You.”

Dennis died on 1 July 1999 having released over 80 studio albums, taken part in a myriad of musical collaborations and cut numberless singles so it is not possible to list a full discography here. He had reportedly developed an addiction to Cocaine which weakened his body to a degree where he could not fight off the pneumonia that would contribute to taking him from the world after he returned to Jamaica from a tour, on 30 June 1999.

Over ten thousand mourners attended his funeral and he became the first entertainer to be buried in Kingston’s National Heroes Park.