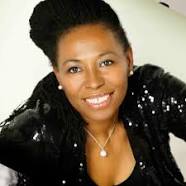 “Carroll Thompson burst on the scene in 1980, straight from the gospel traditions of her grandmother’s home, with a million-selling self-penned debut album.

HOPELESSLY IN LOVE – stayed in the UK reggae charts for an amazing and record-breaking two and a half years. Much of that time in the Number 1 slot.

HOPELESSLY IN LOVE was a BRIDGE OVER TROUBLE WATERS for a young audience with romance on its mind – in the bedroom and on the dance floor.

‘NO ONE SINGS MORE SULTRY’ – BBC

It was 1980 and the music scene in Britain could not have been more vibrant. Lovers rock was the sound of young Britain and Carroll was a teenager at the right time and the right place. Alongside her friends like Janet Kay, Louisa Mark, Jean Adebambo and Paulette Tajah, she became the musical poet of the teenager in love, able to capture the mood – the joy and the heartbreak – of her contemporaries the world over in a song lyric. Still today, the music of that time and the memories it evokes sounds a chord in the heart of every man and every woman who has ever been in love. To feel that sentiment when Carroll performs live, must be one of the seven wonders of the musical world. “I cannot tell you how much joy it brings me to be in a sold-out venue with hundreds of fans who still remember every line of every song. To hear them sing in harmony to songs I wrote as a a teenager is truly amazing,” Carroll says. “When I’m standing up there on stage, I can see how much joy it brings to my fans too – to be there on that sentimental journey and to meet up with old friends that they haven’t seen in years and to be able to exchange memories. Everybody seems to be able to remember where they were when they first heard one of my songs. Sometimes, of course, where they were is a little too private for public consumption.”

Carroll’s husband agrees. “I would be a very wealthy man, if I had a dollar for every time a man comes up to me, when they hear that I am married to the queen of lovers, and they say, “I hate to tell you this, Dotun, but I have made love to your wife. I have to correct them by advising them that what they mean is that they have made love to the soundtrack of my wife’s voice… I know, I know, it’s an easy mistake to make.”

Indeed, there are those who say that there was a baby boom in the 1980s for which lovers rock and Carroll Thompson in particular have to the their share of the blame. There was something so seductive about being in a steamy club – Phebe’s, Cubies, Q Club, All Nations, the Four Aces (some of the most renowned London rub-a-dub venues) – and seeing couples holding each other tight and rocking as one to the sound of that particular groove of reggae that we call lovers.

There’s no getting away from it ‘lovers rock’ is the music of romance. The ULTIMATE music of romance. And Carroll Thompson was blessed not just with the voice but with the ability to articulate that emotion. And that continues to be the case, as a more mature Carroll emerges from the clubs where the sound systems used to ‘dub up’ the dance floor and the couples used to ‘rub up’ the wallpaper with dance moves that would make today’s youngsters blush. Since those heady teenage days, Carroll has toured with some of the biggest names in popular music. For years she supported Billy Ocean, Boy George, Gary Moore, and M People for whom she also arranged backing vocals. That is Carroll’s voice you hear backing some of the top artists on some of their biggest hits. She has never, however, stopped working on her own material, nor stopped performing as the featured solo artist. Thanks to an extremely loyal and passionate fan base her music never fades away. Still today she is one of the most in-demand performers in the world, performing over a hundred concerts a year from London to Tokyo. “Sometimes I still cannot get my head around the places that this music has taken me,” she says. “I’ve sold hundreds of thousands of records in places like Japan where I was amazed the first time I went there that people had even heard of me, let alone knew my songs and could singalong karaoke – or reggaeoke – style. The same has happened in Africa, the United States and South America. In fact, one of my biggest gigs ever was in Argentina. Can you believe it? Tens of thousands of people came out to see me.”

Carroll has not stood still. In the intervening period she has brought up three children, the youngest of which is just starting at university. She has also teamed up with long time friends Janet Kay and Victor Romero Evans, lovers rock stars in their own right, to write and perform the hit musical Lovers Rock Monologues, which continues to tour to sell-out audiences. And she has been working with some of the world’s top session musicians – drummer Kenrick Rowe (P.J. Harvey), bassist Colin McNeish (Omar, UB40) and pianist Alex Wilson (Wynton Marsalis, Courtney Pine and Hugh Masekela) and guitarist Alan Weekes (Jazz Warriors) to produce an adult contemporary lovers rock to reflect her grown-up fan base and where she has arrived at, having gone through the joy and pain and heartbreak of love and to finally find joy again.

“My fans will love the new stuff and the direction I am going in. It is with them in mind. My women fans especially come to me after shows and we talk for hours in my dressing room about their lives and my life and who we are today. Who we were back then and how we have moved forward despite all the hurdles in our way and that is what I aim to reflect in my ‘new’ lovers. I am never far away from the old stuff. Songs like “Hopelessly in Love” and “I’m So Sorry” and “Simply In Love” have become classics. But I’ve got quite a few more classics in me and I cannot wait to perform a new song like ‘Invisible’ for you, which is the story of every woman who has reached a particular point in life where we just seem to disappear in full view. I really hope that you will come with me on this interesting new journey in 2020. Now that the children have flown the nest (or at least gone to university) I can devote most of my time to my music. After all, I am the girl who still loves to sing and to write songs. And there is no greater joy for me as a singer than to sing for you. I really hope that I will see you some time in 2020, somewhere, to sing love songs.”

Given her track record, Carroll Thompson is unlikely to disappoint. You don’t just see her perform once, you see her over and over and over again because she never fails to deliver. Every performance is unique and you leave every Carroll Thompson gig feeling good about yourself and the world you live in. It’s inspirational music, but with the word sounds and power of the soundtrack to our lives. And Carroll is like the girl-next-door, a friend that you feel you know even before you’ve seen her perform.

MICHAEL JACKSON is one of many superstars who came seeking ‘the voice that launched a million babies’.

As well as the ‘King of Pop’, Carroll has sung with STEVIE WONDER, TOM JONES, ART BLAKEY, STING, LEE ‘SCRATCH’ PERRY, SADE and many more

‘WHO IS THAT CHICK ON THE WORLD TOUR WITH…

No.1 with CULTURE CLUB (‘Karma Chameleon’)

No.1 with ROBBIE  WILLIAMS (‘Angels’)

In 2004, Carroll was voted by the British public in a nationwide poll as one of the 100 GREATEST BLACK BRITONS of all time.

‘LET THE MUSIC PLAY’ in the Oscar-winning  ‘THE CRYING GAME’

. SMILING IN THE MORNING

. OTHER SIDE OF LOVE

. TILL YOU COME BACK TO ME

. MAKE IT WITH YOU

• BURN DOWN A RHYTHM

ALBUMS (NEW ALBUM: WHERE DID OUR LOVERS GO -coming soon)

OTHER SIDE OF LOVE

Jamaica Past (images)
Selected images from 1800 - 1923
Previous post What, to the American Slave, is Your 4th of July? – Frederick Douglass
Next post JANET KAY