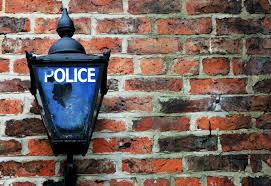 The police or Crown Prosecution Service can give you a caution (warning) or a penalty notice if you commit a minor crime.

Cautions are given to anyone aged 10 or over for minor crimes – for example writing graffiti on a bus shelter.

You have to admit an offence and agree to be cautioned. You can be arrested and charged if you don’t agree.

A caution is not a criminal conviction, but it could be used as evidence of bad character if you go to court for another crime.

Cautions can show on standard and enhanced Disclosure and Barring Service (DBS) checks.

You have to stick to certain rules and restrictions as part of a conditional caution, eg:

You could be charged with a crime if you don’t stick to the conditions.

Penalty notices for disorder are given for offences like:

You can only get a penalty notice if you’re 18 or over.

You’ll be asked to sign the penalty notice ticket. You won’t get a criminal conviction if you pay the penalty.

You can pay a fixed penalty online.