Black People in the UK Are Going to Jail for Crimes They Didn’t Commit. Here’s Why 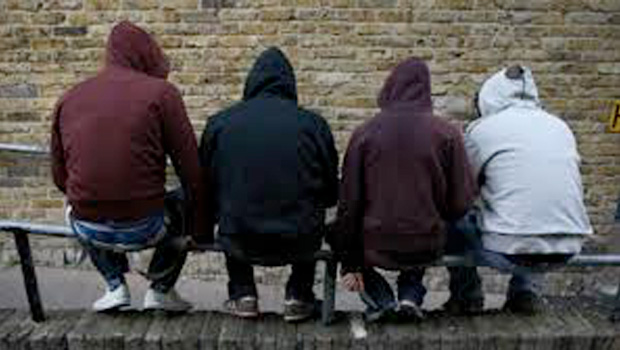 “Joint enterprise” allows multiple people to be tried for a single crime, regardless of their actions.

Four years ago in Manchester, 11 defendants – the youngest of whom was just 14 years old  – were convicted of one murder. This was made possible by “joint enterprise”, a principle of law that allows multiple people to be tried for a single crime, regardless of their actions. Stretching back hundreds of years, the law is defined by the Crown Prosecution Service as applicable when two or more people are involved in an offence, and allows the “secondary party to be prosecuted and punished as if he were a principal offender”.

Critics of the law have another definition for it: guilty by association.

Joint enterprise prosecutions happen all the time in the UK – and more often than not, they happen to working class, Black youth. In a 2016 survey of prisoners, the Centre for Crime and Justice studies reported that over half of those convicted under joint enterprise identified as Black or mixed race. For context, Black people make up just 3 percent of the British population.

Linda’s* son is in prison for 17 years after being convicted under joint enterprise. “The evidential bar is set so low,” she says. “Not one of 40 witnesses could identify my son as the killer, yet he’s serving a life sentence in prison. There wasn’t even any forensic evidence. Well actually, there was tonnes of forensic evidence, but none of it connected to my son.”

The conviction of Linda’s son relied upon the fact that he had texted someone involved in the offence. She has since joined JENGbA – Joint Enterprise Not Guilty by Association, a campaign group made up of family members whose loved ones have been convicted under the controversial law. “The whole system has got a law that suits them. They can sweep up five, 10 people of colour at one go,” she says.

Filmmaker Colin Stone, whose recent documentary Dangerous Associationschallenges joint enterprise, agrees. “Joint enterprise is a catch-all device,” he says. “Once in, you’re umbilically connected to everyone else that’s on trial.”

For Linda’s son, it was a text, but under joint enterprise, association with a defendant can be as incidental as a Facebook like, or an unfortunately timed phone call.

“It may be as flimsily defined in court as the association of ‘Black culture’, or the way you dress – even the lyrics of songs you mimic on social media,” explains Stephen Akinsanya, a barrister with 25 years of criminal justice law experience.

Such convictions are often backed up by the false narrative that all Black youth are involved in gangs, and therefore collectively punishable for the actions of a few. In 2018, the Metropolitan Police was criticised by human rights groups for placing hundreds of young people on a discriminatory list of “gang members”. Amnesty International described the list as “based on a vague, racialised concept: ‘the gang’” and warned that it “stigmatises young Black men for the music they listen to or their behaviour on social media”. This assumption that young Black men are involved in gangs has a direct impact on joint enterprise convictions: nearly 80 percent of BAME people convicted under the law report that gang narratives were invoked in their trials. Only 38 percent of white defendants reported the same.

“I was under no illusion, the Crown Prosecution Service have a well-rehearsed script which had been tried and tested before our case had even come to trial.”

The murder of Raheem Wilks, a teenager shot dead in Leeds in 2017, shows joint enterprise in operation in this way. Despite prosecutor Daffy Enoch stating that 24-year-old Jaydn Manners was “almost certainly the actual shooter”, the conviction was handed out under joint enterprise. Two other Black men – Keal Richards, aged 21, and 29-year-old Tremaine Wisdom – were also charged with Wilks’ murder. As evidence against Richards, the court was shown a Snapchat video of him singing along to a grime song. The crime was described as having “all the hallmarks of a gangland shooting”.

For young, working class Black men, gang stereotypes are almost impossible to escape in everyday life – and it’s no different in court. “You have a situation where someone has lost their life, a number of people are in the dock, they speak and dress similarly,” describes says Akinsanya. “The jury are left in no doubt that they’re a gang. They can’t get it out of their minds, they feed into stereotypes and convict vast numbers of young men where perhaps only one had intent.”

Committed groups of activists are working to end joint enterprise convictions. In a landmark 2016 ruling, R v Jogee, the Supreme Court ruled that joint enterprise had been misinterpreted for the past 30 years. The court specified that for this law to apply, defendants must have actively encouraged serious bodily harm. The “foresight” that prosecutors had argued made alleged gang members liable for murder was not enough evidence to construct a conviction.

The ruling appeared to be a massive win for JENGbA campaigners. “They accepted that foresight was and has been incorrect,” says JENGbA member Garnet Dore, whose son was charged for murder alongside five others. “So therefore, I expected that anybody who had been locked up based on foresight would have a review of their case.”

Sadly, this has not been the reality. Another JENGbA member, Gillian Hyatt, helped her sons appeal their joint enterprise convictions after the Jogee ruling, but discovered that the Supreme Court stipulates that cases cannot be reviewed unless the individual can prove that they have faced a “substantial” level of injustice. Fellow JENGbA member Andrea explains: “It’s a level that’s high beyond reachable. They said our appeal did not have substantial injustice, but I say, facing one night in prison under joint enterprise is a substantial injustice.”

Akinsanya is similarly pessimistic. “Despite the Supreme Court ruling, prosecutors still present this narrative of foresight and gang involvement to the jury to bolster their case,” he explains. “Enforcing the requirement to prove substantial injustice is effectively how the Supreme Court got around the Jogee ruling, because they didn’t want to open the floodgates of appeals.”

Some may find it hard to believe that a law like joint enterprise could be used in Britain today. But this view operates on the assumption that the law in this country is just, and used only to punish those who deserve it. We have seen time and time again that this is simply not the case. Most joint enterprise convictions depend on prejudiced narratives about Black people – particularly young Black men from working class backgrounds.

To be Black in Britain is to be faced with a justice system that knowingly designs, enacts and then excuses racism. In doing so, it makes racism legal practice. Being ignorant of this fact is to be complicit with Black oppression.

SLAVE BIBLE
"It was intended for use among enslaved Africans in the British West Indies, which is modern day Caribbeans, so Jamaica, Barbados, Antigua," he says.
Previous post The Black Thrive Partnership
Next post The Fight to Stop Police Being Stationed in British Schools