Who will hold the police to account for racist acts? 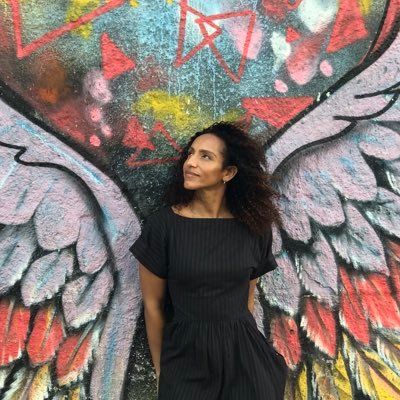 I suppose now it’s become so normal for the police to stop black people – in London one in four young black men are affected – that it should be no surprise victims include gold medal-winning athletes and government ministers.

The equalities minister, Kemi Badenoch, revealed this week it had happened to her. She didn’t say when – but it was fine, she reassured listeners in a radio interview, because, as she recalled, “at no point did I feel that they were going to kill me”.

Badenoch was responding to the case of 12-year-old Kai Agyepong, whose family were subjected to a terrifying armed raid after a passerby saw Kai playing – alone – with his plastic toy gun and informed the police. Kai’s mother, Mina, said at least two dozen officers stormed her house, then detained and handcuffed the petrified child, having found no firearms, just the toy gun.

The presumption of innocence has always had racial caveats. This month, for example, the Metropolitan police commissioner, Cressida Dick, claimed to have special insight into the criminality of stop and search victims – who are 10 times more likely to be black – even when, as is the case in the vast majority of searches, no evidence of wrongdoing is found.

“Some of them have stashed it, given it to the other boy or whatever. That’s a proportion of those people. Because what I can tell you is, we’re focused in the right areas and focusing hugely on people that we know to be involved in violent crime,” said Dick.

I have no idea how Dick could know what criminality people are involved in when no evidence is produced to support it. But I do know that the wholesale criminalisation of the black community is nothing new. It leads, at one end of the spectrum to children being harassed and psychologically broken by the constant suspicion that they – to use the police’s phrase – “fit the profile” of someone who committed a crime. A whole new generation is bringing this trauma to their resurgent Black Lives Matter activism.

They include Derrell Thomas , who was stopped by police and put in handcuffs while out walking with his mother. Like Kai Agyepong, he was 12 years old. Derrell’s mother, Nia, described the experience as the loss of his innocence.

Family members of black police officers, such as Reuben Smith Anglin, 19, whose father is a former police officer and whose aunt is a detective sergeant, are in no way exempt from this torment. This is undoubtedly one of the reasons that black officers are notably more critical of stop and search than some of their white peers.

At the other end of the spectrum, the normalisation of racist policing practices leads to the use of fatal force against black people who need help or protection from authorities, yet end up dead. Many of these harrowing stories are documented in 1500 & Counting, a film released online this week. When the writer and activist Siana Bangura and the director, Troy James, began making the film in 2015, that was the number of people who had died in police custody in England and Wales since 1990, according to a report by the charity Inquest. The proportion of deaths of people of colour in custody where use of force or restraint is a feature is over two times greater than for other groups. Now the total number has passed 1,740 for all deaths in police custody in England and Wales. 1500 & Counting was depressingly prophetic.

But the thing that floors you when watching the film is not numbers, but the details. I challenge you to forget a monologue by Janet Alder talking about how her brother Christopher – a former paratrooper – was assaulted outside a nightclub, yet treated as a suspect. CCTV footage showed police officers laughing and joking around him as his life drained away on the floor of a Hull police station.

Having persecuted Janet by putting her under surveillance, the wider criminal justice system had one final, despicable assault on Christopher’s dignity – his body was swapped with that of a 77-year-old woman. For more than a decade the family believed they had buried him, only for his body to turn up in a mortuary 11 years later.

I and so many others have written over the years about a litany of other cases in which black people have been treated with monstrous contempt. Victims are unlikely to be able to identify who exactly within the broader criminal justice system is responsible for these further wrongs. Take the family of Mzee Mohammed, only 18 when he died on the floor surrounded by police officers and security guards. They were given a decomposing body to bury.

And what about Sarah Reed, whose story is hauntingly told in 1500 & Counting? She was a vulnerable woman who was assaulted by police in 2012. A few years later she was imprisoned, and went on to take her own life behind bars. In Scotland Sheku Bayoh, a gas engineer, was held face down by up to nine officers in Kirkcaldy, subjected to CS spray, pepper spray, batons, handcuffs and leg restraints, and had suffered 23 separate injuries by the time he finally died in their supposed care. His experience is chillingly recounted in the film.

Who will hold the police to account? Not the criminal justice system, which has never convicted a single officer for murder or manslaughter, in spite of numerous critical inquest verdicts, reports, reviews and inquiries.

Not this government. Badenoch may be presiding over yet another inequality inquiry, but in the same interview this week her emphasis was not on the scrutiny we so crucially need. Instead she sees her ministerial role as to “reassure people about policing in this country”. Because everything is just dandy.

Not the Labour party, it seems, which doesn’t appear shocked by the fact that years of tough talk on policing has failed to prevent the rise in violent crime. When the shadow home secretary, Nick Thomas-Symonds, says he wants violent criminals to fear the police, the innocent black people so often presumed to be violent criminals are the ones who should be afraid.

Not the Equality and Human Rights Commission. The current chair, David Isaac, is in the unenviable position of having to explain how it can pressure others into racial equality when it doesn’t have a single black commissioner itself. A previous chair, Trevor Phillips, far from taking a clear stand against racial profiling, is hawking his private company’s software, which is capable of being used to do more of it.

The idea that you can link propensity to crime with a whole community’s race and culture is what got us here in the first place. And we are still counting.

• Afua Hirsch is a Guardian columnist