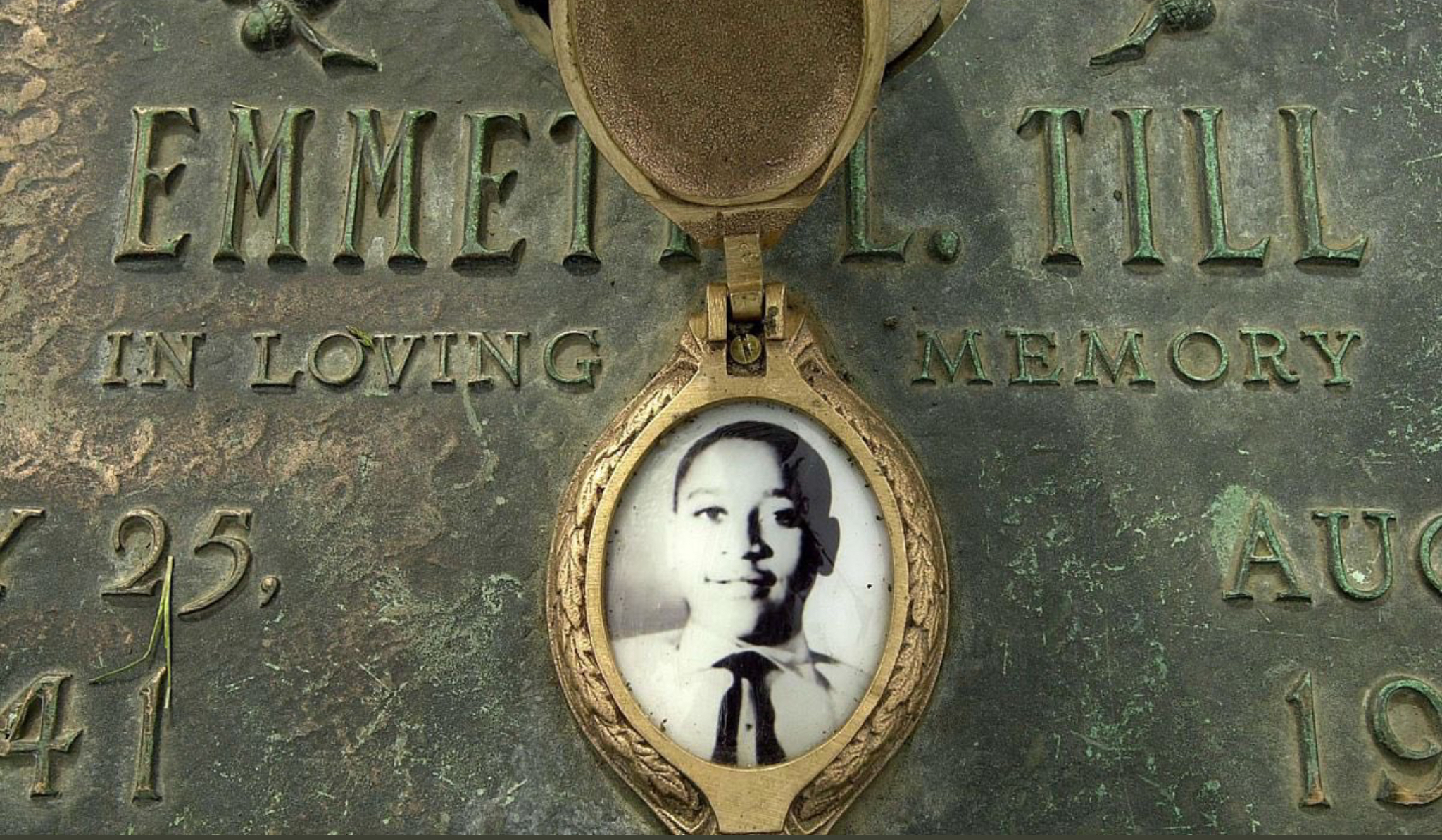 On 28 August 1955, 14 year-old Emmett Till was kidnapped, tortured and murdered by Ku Klux Klan members in Mississippi, USA.

Hours earlier, a white woman called Carolyn Bryant had told her husband that, amongst other things, Emmett had wolf-whistled at her as she walked past. Emmett, who was visiting cousins in Missississipi from Chicago, had no idea of the rabid racism that operated in the southern states of the USA.

Days later, Emmett’s battered body would be found floating in the Tallahatchie River in the state.

The glass-topped casket in which his mother, Mamie Till-Mobley displayed his disfigured face and body for the world to see before his burial, now stands in the National Museum of African American history in Washington DC, USA. She had made the difficult decision to let everyone witness what white supremacists had done to her handsome child who barely a teenager.

“When Mamie Till-Mobley saw the corpse for the first time, she could not recognize her own boy. His disfigured face, she said, had its “right eye lying midway of his chest, his nose broken like someone took a meat chopper to it, and a bullet hole which I could look through and see daylight on the other side”.”

In all the years, 65 in total, since Emmett was murdered, no one has been held accountable for his murder. The two white men, Roy Bryant and J. W. Milam (the husband and brother-in-law of Carole Bryant) who confessed to his murder, were acquitted by a white and all male jury and passed off this earth without seeing justice for their crime.

At the trial, Carole Bryant told the court that the nigger (Emmett Till) had said to her, “How about a date, baby?”, before grabbing her around the waist and telling her he had been “with white women before”.

In 2017 Timothy B. Tyson’s book, The Blood of Emmett Till, revealed that in an interview with Carolyn Bryant she had admitted that the teenage Emmett had never grabbed her around the waist, never uttered any obscenities and that “nothing that boy did could ever justify what happened to him”.

The importance of Bryant recanting her testimony is not to be underestimated. As journalist Ed Pilkington says, “Bryant’s account of Emmett’s alleged louche behavior was critical at trial because it spoke to one of the core white supremacist mores of the segregated south. Black men – or even a black boy, barely 14 – should on no account show sexual interest in a white woman.”

Confident in the existence of the ‘Double Jeopardy’ legal rule that states in essence that a person cannot be tried twice for the same crime, Milam and Roy Bryant had recounted what they had done to Emmett on 28 August 1955:

“Emmett was abducted to “teach him a lesson” for having wolf-whistled at Carolyn Bryant. For that insolence, for that violation of the rules of white supremacy, Roy Bryant and Milam took the boy from his bed in the middle of the night, drove him in a pickup truck to Milam’s shed and tortured him over several hours.

Witnesses passing by said they could hear a young boy’s frightened voice crying out: “Mama, please save me”; “Please, God, don’t do it again.” Later that day, the brothers shot the child above the right ear and threw his body in the river weighed down with a cotton-gin fan.”

After Timothy B. Tyson’s book was published, the FBI opened an investigation into the case. The outcome is not known at the time of writing.

Sources: Will Justice Finally Be Done for Emmett Till? Ed Pilkington for The Guardian, 25 April 2020

Emmett Till’s Murder: What Really Happened That Day in the Store? Jason Parham for the New York Times, 27 January 2017