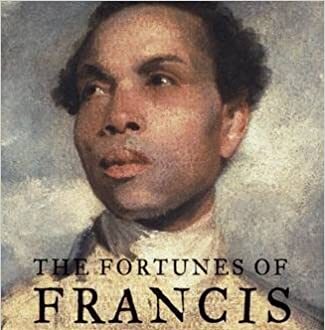 Born as an enslaved person in Jamaica on Richard Bathurst’s plantation, Francis travelled to England, aged 7, with Bathurst when he sold his plantation. No one knows why Bathurst decided to bring Francis with him when all the other slaves on the plantation had been sold, but it has been suggested that Francis was a result of Bathurst’s rape of an enslaved African female.

Bathurst sent Francis to school in Yorkshire for a few years, then sent him to become a manservant to the writer and doctor, Samuel Johnson at the age of 10. Various accounts have described Francis as Johnson’s “valet-butler-secretary”, the Doctor’s “Negro servant”, “poor Blacky”, “the Ethiopian” and “a poet and protégé of Johnson”.

Johnson was anti-slavery and paid for Francis to attend grammar school at Bishop Stortford. Johnson was putting together the Dictionary of the English Language and it is believed that Francis assisted greatly in this.

Francis married an English woman called Elizabeth Ball and they had three children, the first of which died while still an infant.

When Johnson died, he left Francis a sum of money in his Will and an annuity of £70. Francis moved to Litchfield, where Johnson had asked him to go and live, citing the expense of London as a good reason for doing so.

Although he later died in penury, Francis did succeed in setting up a school, making him the first (recorded) schoolmaster of African origin in England.