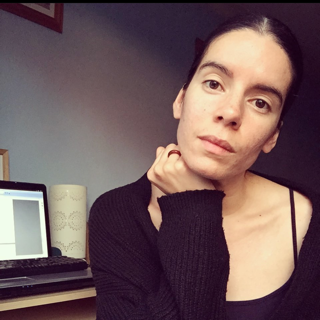 Information: Jade is a mixed-heritage poet and writer from South London, UK. She originally trained and worked as an actor for stage and screen before transitioning to writing in 2010, with self published pamphlets Neon Clouds (2013) and This Was Not What I Was Expecting (2019). Her work has featured in Visual Verse, Honey and Lime and Lit magazine. She has performed her poetry at Poet’s Corner, Brixton, Spoken Word London and the BCA (Black Cultural Archives).

Jade is available to do poetry readings at commercial and private events.

CHERRY NATURAL (JAMAICA) SPOKEN WORD
Cherry Natural considers herself as a feminist dub poet or activist, and her sources of inspiration include the late Jamaican poet Louise Bennett. Louise Bennett is well-known as the first Caribbean poet who used Creole or patois consistently and to great effect in her ballads, and who relentlessly stood up for the people's language as opposed to standard English which was then considered as the only passport to social elevation.
Previous post Author: Christiana O’Connor
Next post Travelling to Jamaica?