White Supremacism Is a Domestic Terror Threat That Will Outlast Trump 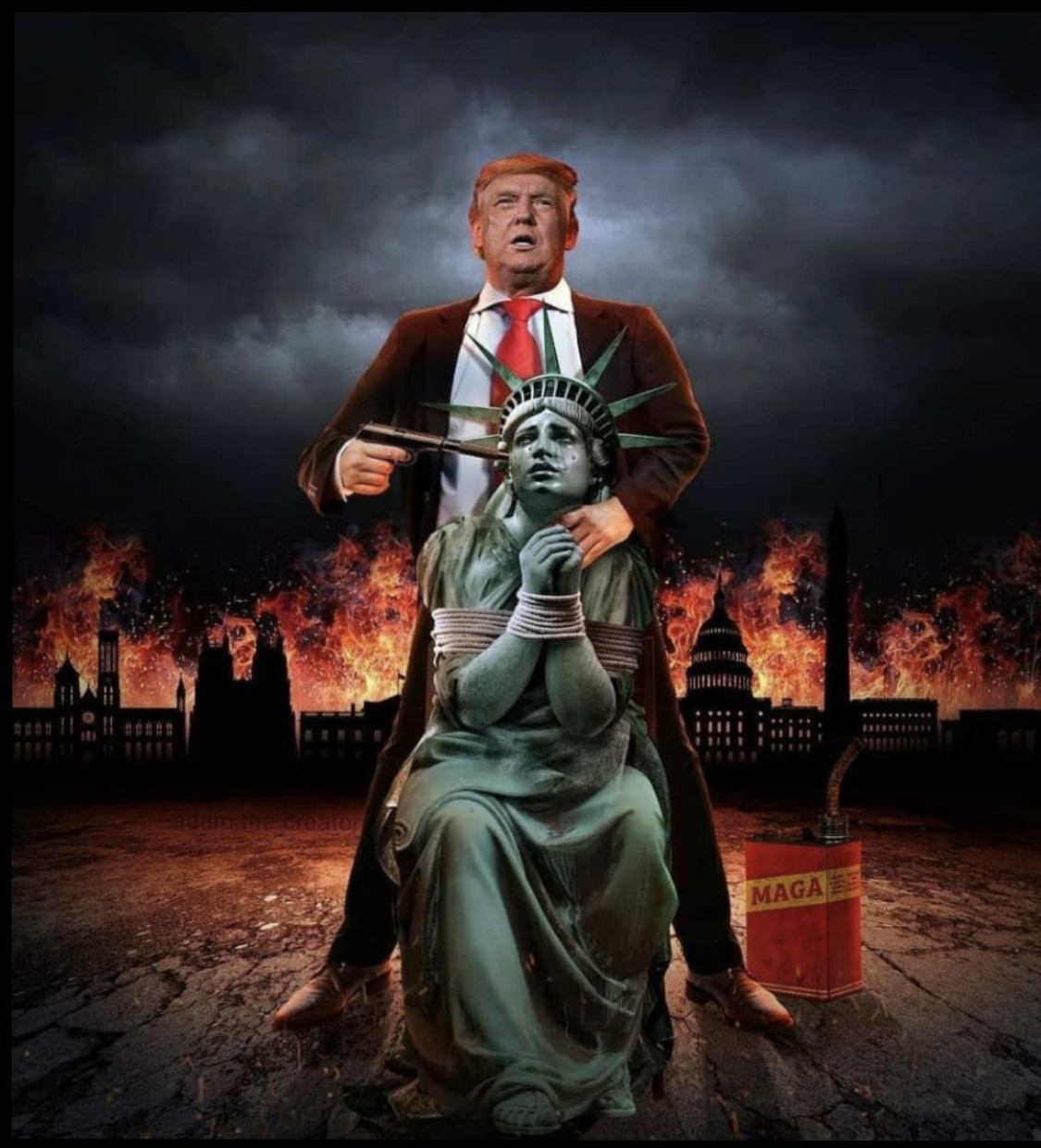 BY JONATHAN GREENBLATT JANUARY 7, 2021 4:51 PM EST Jonathan Greenblatt is the CEO of the Anti-Defamation League (ADL) and its sixth national director. He is an accomplished entrepreneur and innovative leader, with deep experience in the private, public, and nonprofit sectors.

The coordinated attack on the U.S. Capitol yesterday by a mob of insurrectionists was a dark day for our democracy.

It was not a First Amendment-protected protest. It was not a political rally. It was a seditious and treasonous act. Not since the British burned down the White House in 1814 has an institution of our government been defiled in such an egregious and ugly manner.

While the attack was shocking, it was not surprising.

In the five years since Donald Trump descended the escalator at Trump Tower and announced his candidacy for President, we have seen an unprecedented and abnormal rise of violent right-wing extremism in the United States and beyond.

Since 2016, the number of antisemitic incidents increased every year—hitting an all-time high in 2019. In 2018, we witnessed the deadliest anti-Semitic attack in U.S. history, the shooting at the Pittsburgh Tree of Life synagogue. Overall hate crimes have skyrocketed in recent years to the highest in over a decade, and bias-motivated murders reached a record high in 2019. Latinos were targeted and gunned down in El Paso in 2019. Anti-Asian hate crimes shot up last year, with almost 1900 recorded incidents. African Americans, already the most common target of hate crimes, reported an spike in bias crimes in the wake of George Floyd’s murder by police.

We’ve also seen right-wing extremists increasingly emboldened in shocking ways. From marching out in the open at the deadly “Unite the Right” rally in Charlottesville in 2017 to calling for the overthrow of the government at the “Stop the Steal” rallies, their rage has been fed by the divisive language and conspiratorial rhetoric of President Trump. He has helped to normalize their extremism in ways that once seemed implausible.

And hate is up across the board. 28 percent of Americans experienced severe levels of cyberhate and online harassment, according to ADL’s most recent survey. Social media platforms from Facebook and Twitter to 4Chan and Parler have been used to amplify, recruit and energize far-right groups like the Proud Boys, conspiracy theories like QAnon, and pro-Trump extremists.

The attack on the Capitol was yet another chapter in this ugly history. It was a literal who’s who of modern right-wing extremism. Analysts from ADL’s Center on Extremism noted in the crowds Wednesday members of the Oath Keepers, an anti-government armed militia group. White supremacist and Groyper Army leader Nick Fuentes was present and joined fellow “America First” adherents in chants of “Christ is King!” Nearby, members of the white supremacist New Jersey European Heritage Association waved their group’s flag. Various individuals carried banners of Kekistan, a fictional country invented by right-wing enthusiasts on 4Chan, or the stars and bars of the Confederacy.

In the wake of this madness, it has never been more clear: right-wing extremism is a global terror threat, one that directly endangers our nation and jeopardizes our democracy. This is not an exaggeration. It is the embodiment of a clear and present danger.

Trump’s presidency will end, but extremist groups and the broader movement they occupy will not just disappear. That is why it is absolutely crucial for the incoming Congress and Biden-Harris Administration to work together proactively, deliberately and swiftly to dismantle this domestic terror threat.

In addition to reiterating his calls for national unity, President-Elect Joe Biden should use his inauguration address to affirm in clear and forceful terms that right-wing extremism is a global and domestic terror threat and should be treated as such, and that he will dedicate the full strength of the U.S. government to defusing and defeating this deadly menace.

Vice President-elect Harris, as a former prosecutor and state attorney general, is uniquely suited to lead this effort. She should chair a Cabinet-level working group to develop a “whole of government” approach that tears out this terror threat at its root.

Such a response should include increased resources to law enforcement at the federal, state, and local levels to fully prosecute those whose activities have moved into fomenting violence, terror, and even sedition. To start, all of those who stormed the Capitol this week must be identified and prosecuted to the full extent of the law. We need leadership at DHS and DOJ that focuses fully on the problem, not waste time on politics, because as we saw today such irresponsibility costs lives.

We also must investigate the tightening web between white supremacist and other right-wing extremist groups in the U.S. and abroad. There is a clear connection stretching from Charleston to Charlottesville to Christ Church to Pittsburgh to El Paso to Halle and now to D.C. We must determine if any of those operating on our shores should be deemed a Foreign Terrorist Organization and deal with them accordingly.

Next, we need to make sure that the vulnerable communities in the United States are protected. The most recent appropriations bill signed into law increased funding for non-profit security grants used to protect synagogues, churches, mosques, and temples. But it is still not enough and must be increased.

And, we need to revive the efforts to drain the swamp that nurtures these extremist groups. Unfortunately, over the past four years, the Trump Administration has decimated the funding for efforts to prevent radicalization and recruitment into terror groups. It’s time to fully fund these programs and to support the groups at the grassroots level who can intervene before it is too late.

Whether from behind his desk in the Oval Office or through the toxic feed of his Twitter account, Trump has stoked division, spread disinformation and spawned hate. He has normalized what was once unthinkable and mainstreamed what was once marginal. To restore our country, it is not enough to move on from Trump. We must root out the pernicious threat he has helped cultivate.

Jamaica Past (images)
Selected images from 1800 - 1923
Previous post Accusations of Bias, Racism Swirl Around Capitol Police After Mob Attack
Next post Marcus Rashford: the making of a food superhero