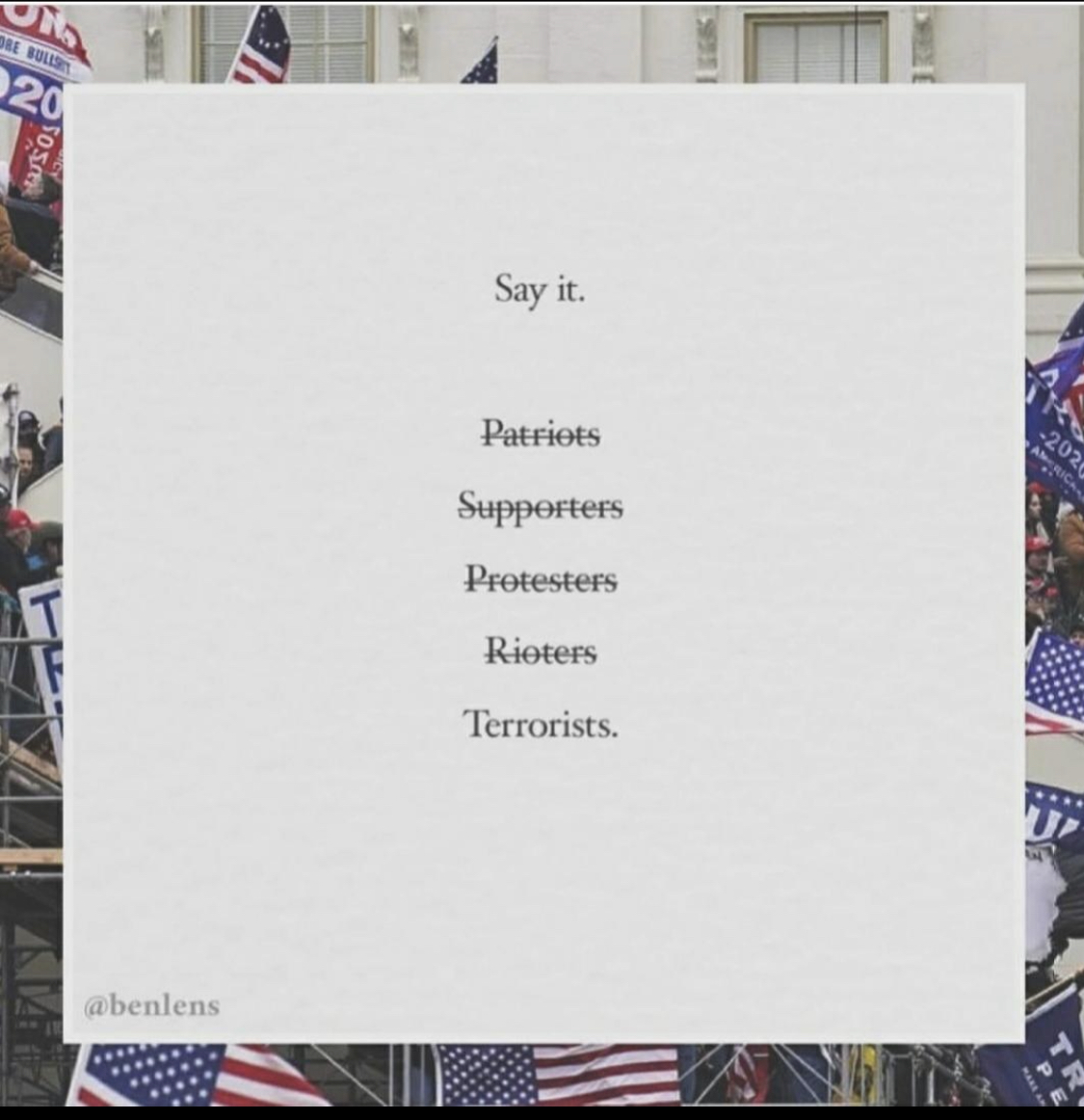 President Donald Trump’s supporters had been writing about January 6 2021 being A Day of Reckoning for the USA for weeks. After attending a rally for Trump outside the White House, in which he encouraged them to make their way to the Capitol and ‘show strength’ to the ‘weak Republicans’ who might be inclined to endorse the public vote for Joe Biden as President-Elect, they made to their way to Capitol Hill, the seat of the US House of Representatives and the US Senate.

Trump gave them the impression that he would be with them: “We’re going to the Capitol, we’re going to try and give our Republicans, the weak ones because the strong ones don’t need any of our help, we’re going to try and give them the kind of pride and boldness that they need to take back our country so let’s walk down Pennsylvania Avenue”. The dog whistle was heard and responded to, even though Trump simply went back into the White House and watched the riot unfold.

At the Capitol, lawmakers were going through the process of certification of President Elect Joe Biden’s win in the November 2020 presidential election. The session would be recessed after the violent MAGA (“Make America Great Again” – Trump’s slogan) mob vandalised and looted the building, resulting in 4 deaths. However, the lawmakers would later return and complete the certification.

Proceedings were halted when the complex was overrun by a violent group of President Trump’s supporters angry at what they considered to be a rigged election. Washington DC was placed under curfew from 6pm and police in riot gear cleared the rabble from the Capitol building and then guarded the streets.

Despite the masses that had been inside and outside the building, so far, only 52 people have been arrested – 47 of them for curfew violations.