Jacob Blake: officers will not be charged in shooting that left Black man paralyzed 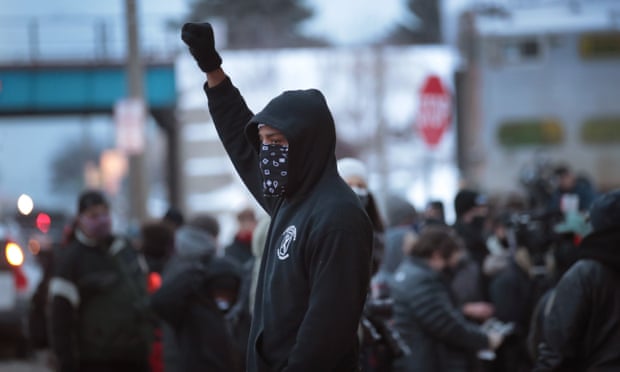 A Wisconsin prosecutor announced Tuesday that he will not bring criminal charges against the white police officer who shot Jacob Blake in the back from close range last August, which left the Black Kenosha father paralyzed from the waist down.

Michael Gravely, Kenosha county district attorney, said during a press conference that his office determined that the officer, Rusten Sheskey, would not be charged based on the state’s law relating to self-defense.

They denounced the decision not to charge Rusten Sheskey, the police officer who shot Blake.

“Officer Sheskey’s actions sparked outrage and advocacy throughout the country, but the district attorney’s decision not to charge the officer who shot Jacob in the back multiple times, leaving him paralyzed, further destroys trust in our justice system,” the attorneys said in a statement.

They added: “This sends the wrong message to police officers throughout the country. It says it is okay for police to abuse their power and recklessly shoot their weapon, destroying the life of someone who was trying to protect his children.”

Jacob Blake was shot several times by Sheskey on August 23 when officers were responding to a domestic incident call.

Kenosha then experienced several weeks of protests against police brutality, after a bystander’s video of the incident was posted online.

The shooting came three months after the police killing of George Floyd, whose death prompted a surge of protests for racial justice across the country and internationally over the last spring and summer, and calls for police reform and action to address institutionalized racism in the US and beyond.

Jacob Blake survived the shooting but was left with multiple injuries to his arms, spinal cord and internal organs along with being paralyzed from the waist down. Three of Jacob’s children were in the car at the time of the shooting.

Crump also tweeted that his team was “immensely disappointed” and that the decision “failed not only Jacob and his family but the community that protested and demanded justice”.

And he also posted that: “We must broaden the fight for justice on behalf of Jacob Blake and the countless other Black victims of racial injustice and police brutality.”

At the time of the shooting, police had a warrant for Jacob Blake’s arrest on suspicion of sexual assault and counts for trespassing and disorderly conduct, with officers responding to a 911 call from a woman who said that Jacob was at her home. Gravely said that Jacob Blake had resisted arrest, despite being shot with a stun gun. “Officers said they had never seen a defendant who had such little impact by Tasers. That was certainly a factor in the use of force in this case,” Gravely said.

Charges against Blake were later dropped.

The district attorney on Tuesday also said that Jacob Blake had a knife, something he said Jacob confirmed to investigators, and had refused police commands to drop it.

Crump has said Jacob Blake was attempting to break up a fight when he was shot in front of three of his sons, aged three, five and eight.

When Sheskey fired his gun, four shots hit Jacob Blake’s back and three his side, Graveley said, while arguing that the officer could successfully argue self-defense before a jury, undermining the case for bringing criminal charges against the officer.

Gravely added that he has sent the case to the US attorney’s office for a civil investigation, as a second opinion. Gravely said the investigation included about 200 investigative reports, video and audio recording and photographs.

Jacob Blake’s family members led many of the protest rallies and marches in the weeks after the wounding of Jacob Blake and have been adamant that Shuskey should be arrested for the shooting, saying he was trying to kill Jacob, and put his life at risk.

“He tried to kill my son. He didn’t try to take him down,” Jacob Blake Sr, Blake’s father, said at a march and vigil held Monday night in Kenosha.

While the protests in Kenosha in August and September were largely peaceful, there was initially violence that broke out on the fringes and destruction of some property in the small city. And within a few days, rightwing agitators appeared on the streets and attacked protesters.

Two men were fatally shot by Kyle Rittenhouse, who was 17 at the time, now 18, and was eventually arrested at his home in Illinois, despite walking past law enforcement in Kenosha with his hands up shortly after he’d fired the shots with an assault rifle.

Rittenhouse has since been charged with two counts of homicide and one count of attempted homicide, all of which he pleaded not guilty to at a court hearing on Tuesday.

The unrest also left many local Black and brown businesses in Kenosha closed or destroyed.

Wisconsin governor Tony Evers authorized the mobilization of the state’s National Guard on Mondayin anticipation of the district attorney’s announcement.