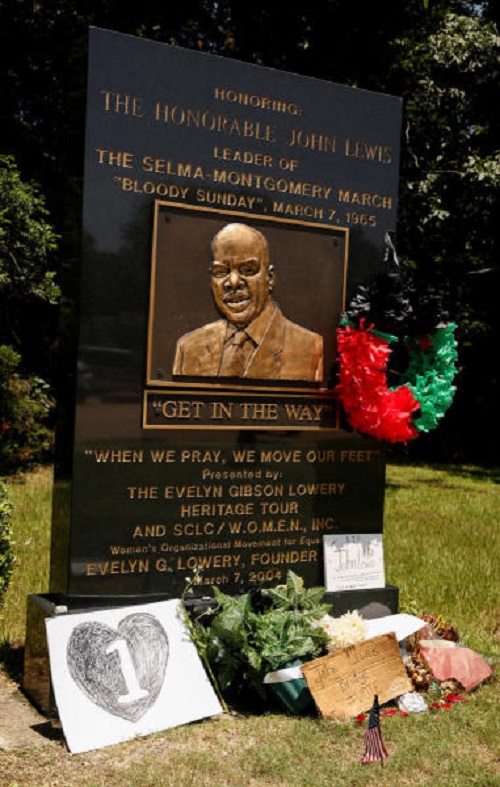 US Rep. John Lewis, a civil rights legend and longtime congressman, died at the age of 80 on July 17.

“He was honored and respected as the conscience of the US Congress and an icon of American history, but we knew him as a loving father and brother,” his family said in a statement. “He was a stalwart champion in the on-going struggle to demand respect for the dignity and worth of every human being. He dedicated his entire life to non-violent activism and was an outspoken advocate in the struggle for equal justice in America. He will be deeply missed.”

Lewis was diagnosed with stage 4 pancreatic cancer last year. He represented Georgia’s 5th Congressional District, which includes much of Atlanta, for more than 30 years.

In the 1960s, Lewis was chairman of the Student Nonviolent Coordinating Committee. It was one of the groups that organized the 1963 March on Washington, and Lewis was the youngest keynote speaker at the historic event.

In 1965, Lewis helped organize the Selma to Montgomery marches, which were held to protest discriminatory practices that prevented many Black people from voting in the South. He suffered a fractured skull when Alabama state troopers used brutal force to break up the march.

By his own count, Lewis was arrested more than 40 times during his days of civil rights activism.

“Time and again, he faced down death so that all of us could share equally in the joys of life,” said President Barack Obama in 2011, when he awarded Lewis the Presidential Medal of Freedom.

John Lewis and James Zwerg, another Freedom Rider, stand together after being attacked by segregationists in Montgomery.Bettmann Archive/Getty Images