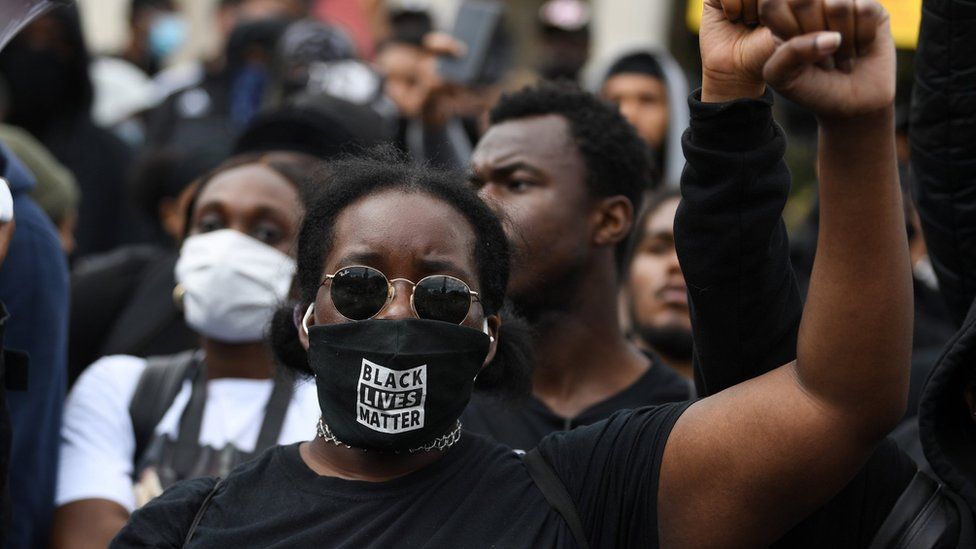 Editor’s note: SWR does not consider either Kemi Badenoch or Tony Sewell to be credible sources of information or comment on any issues affecting “Black” people in the UK

A report into racial inequality in the UK, ordered by Boris Johnson, will not now be completed until Spring 2021.

The Commission on Race and Ethnic Disparities was due to report to the prime minister by the end of the year but has requested an extra two months.

It blamed Covid restrictions for the delay as well as the large number of responses received from the public.

Labour said the delay added to concerns the government was not taking the issue seriously.

The commission, led by education consultant and ex-charity boss Tony Sewell, was established in June in the wake of anti-racism protests across the country triggered by the killing of George Floyd in the United States.

The body is looking at areas such as health, education and criminal justice but also “wider inequalities” such as issues faced by working-class white boys.

At the time of its launch, Mr Johnson said although there was much more to be done to tackle racism, he wanted to “change the narrative” to highlight stories of success among those from ethnic minority backgrounds and “stop a sense of victimisation and discrimination”.

In an update to ministers, Mr Sewell said Covid restrictions had delayed the commission’s public engagement and it would take time to work through the more than 2,300 responses from the public and interested parties.

But he said, when finished, the report would take a “radical new approach” and “change the tone of the discourse” about the root causes of racial disparities and their pervasiveness in society.

He said he believed the report would challenge “perceptions of racism,” which he said were not supported by evidence and which “sowed mistrust” in communities.

He suggested its early findings suggested differences in individuals’ life chances were more often influenced by age, sex, class and geography than race and “may in fact have little to do with racism itself”.

He called for more focus on factors other than race when considering the varying educational, health and economic outcomes experienced by different groups, including cultural heritage, religion and parental influence.

And he urged the government to take a “more rounded view on inequalities” by moving the Social Mobility Commission from its current home within the education department to the Cabinet Office’s Equalities Hub.

Granting Mr Sewell’s request for a two-month extension, Equalities Minister Kemi Badenoch said she was “pleased” by the commission’s work and ministers believed “in an evidence-led approach to tackling all discrimination, not box-ticking”.

“We are focused on implementing what actually works, and avoiding passing fads,” she tweeted.

What work has already been done on racial inequality in the UK?

It is not clear how soon the government will publish the report after it is finished.

Ministers have come under fire for the length of time it has taken to implement the recommendations of a series of previous reviews into racial inequalities.

Shadow Equalities Secretary Marsha de Cordova said the latest delay “merely adds to our worries that the government is not taking the action it needs to”.

“Instead of implementing the clear recommendations from previous reviews into inequality, in the last 48 hours alone we have seen announcements that they are cancelling unconscious bias training for civil servants and that the gender pay gap in the Minister for Equalities’ own department is actually growing,” she said.

The Runnymede Trust said the process had already taken too long given the need to respond in real time to the grave inequalities highlighted by the pandemic.

The race equality think tank said it was concerned by signs the commission intended to “downplay” the impact of racism on the lives of black and other minority ethnic people.

“Given the appalling evidence of racial inequality in our society, we urge the commission to focus its inquiry on BME communities.”