Police and CPS accused of racism after Christopher Kapessa’s death 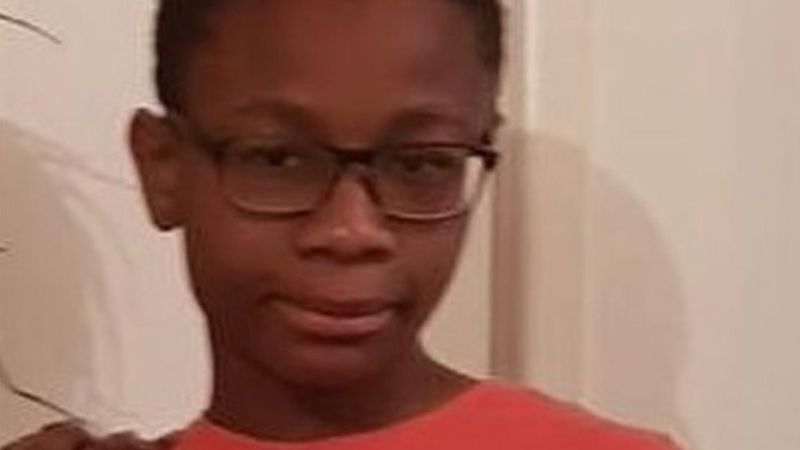 The family of a 13-year-old boy has accused the Crown Prosecution Service (CPS) and South Wales Police of institutional racism for not prosecuting a suspect over his death.

Christopher Kapessa’s body was found in the River Cynon, near Fernhill, Rhondda Cynon Taff on 1 July.

The CPS said there was no “public interest” to bring a manslaughter case despite “sufficient evidence”.

South Wales Police said it had “full confidence” in its investigation.

In a letter to the family, seen by BBC Wales, the CPS said there was clear evidence the suspect pushed Christopher into the river but were not continuing with a prosecution.

Christopher, who could not swim, and a group of young people were out by the River Cynon on 1 July 2019 when he died.

An initial investigation by South Wales Police concluded there were no suspicious circumstances.

But serious concerns were raised by the family and their lawyer Hilary Brown, who complained that only four of the 14 young people who were at the scene of Christopher’s death had been interviewed by police officers.

“That push was an unlawful act and it was clearly dangerous in that on an objective standard it created a danger of some harm. “It added that the evidence suggested the push was “not in an effort to harm someone” but “ill considered”.

In a statement on Monday, a CPS spokesman said that “decisions on cases such as this are difficult, but each must be judged on its own merit”.

“As in every case, both an evidential test and public interest test must be passed for a prosecution to take place,” he added.

“In coming to our decision, careful consideration was given to the law regarding the prosecution of youths and the public interest test was not met.

“Our thoughts are with Christopher’s family. We have given them a full explanation of our decision-making in this tragic case.”

Christopher’s mother, Alina Joseph, said: “From the start, South Wales Police baffled us by being unable to answer many of the most basic of our questions.

“If this had been 14 black youths and a white victim we have no doubt that the approach of the police and outcome would have been different.

“We know that family members of the 14 young people involved demanded the police come and interview their children, whose account was radically different from the four principle suspects.

“The decision made by the CPS leaves us feeling confused and perplexed as to how some can callously lie about my son’s death, inflicting more pain and anxiety on us for the last eight months, and it is the suspect’s human rights that prevail… whilst prosecution over my son’s death is deemed as not being in the public interest.”

The family’s lawyer Hilary Brown, said: “The decision of the CPS is disappointing in light of the fact that they confirmed that the evidential threshold was met for bringing a charge of manslaughter against a young man.

“Christopher died not as a result of a ‘tragic accident’ as South Wales Police initially concluded, but as a consequence and direct result of being ‘pushed’ into the river.”

Lee Jasper, of BAME Lawyers, compared the case with the handling of the Stephen Lawrence murder investigation in 1993 and said the British justice system was a “racial lottery”.

Several campaign groups, including Racism Alliance Wales, Cardiff Stand Up To Racism, Women Connect First and Black Association of Women Stepping Out have all expressed their concern over the handling of Christopher’s death.

An Independent Office for Police Conduct investigation into South Wales Police’s handling of the case is still ongoing.

The force said it was aware of the family’s concerns and “noted” the CPS’s decision after a “very complex” investigation.

A major crime team gathered 170 statements and 54 child interviews as part of a “full file of evidence”.

Ch Supt Dorian Lloyd said: “At this very difficult time, we recognise the pain and grief still endured by Christopher’s family who lost their young boy in the most traumatic of circumstances.

“Our support for them continues as it has done throughout the investigation.

“The shock and the impact upon the local community must also be managed.”