THE BARBADOS SLAVE CODE – An analysis 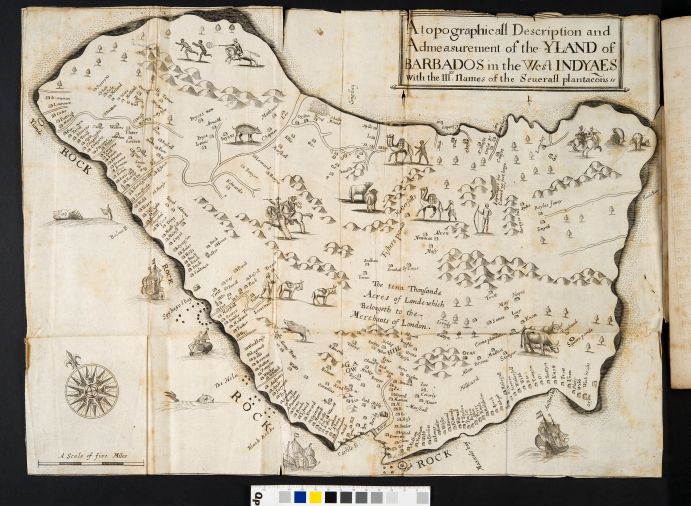 In terms of its historical value as a primary historical document, the Slave Code is evidently limited only to Barbados during the mid-17th century. Its real value, however, rests on the fact that it offers historians valuable insights into the establishment of the institution of slavery on the English colony of Barbados which, on the surface, seems to explicitly sanction the racial dimension of slavery. With this in mind, this essay will explore the historical background of the Slave Code and its relevance in the larger historical research on the topic of New World slavery.

From 1601–1650, there was an estimated 24,500 slave arrivals to Barbados. This number increased more than two-and-a-half times to 63,200 slaves for the period between 1651–1675 (Engerman, Drescher, and Paquette 186). To put this into perspective, between 1654 and 1660, Barbados received a total of only 1,808 white indentured servants of which 919 were skilled (Beckles 35). Evidently, the importation of this much manpower is quite capital-intensive. Fortunately, the cultivation of sugar so enriched Barbados that by the early 1650s, “Barbados was described as the richest spot in the New World” (Beckles 28).

Knowing only its historical context, without first delving into the contents of the Slave Code, yields the tantalizing question as to why white slavery was not used. The implications of this question are quite large, ranging from economic, to racial, to moral arguments.

But in the context of Barbados, a precedent was actually already set in 1636 by the Barbados Council, which clearly defined African slaves and enslaved Indians as slaves for life “‘unless a Contract was before made to the contrary’” (Rugemer 433). Considering that this legal precedent provided the basis for the Slave Code,

it should perhaps not be a surprise that the title of the Slave Code is quite explicit in its reference to race: An Act for the Better Ordering and Governing of Negroes.

The title demonstrates two things: first, it shows that the Slave Code is part of a consolidating and widening institution of social control that was created in conjunction with the institution of slavery, and second, it is part of the increasing racialization, which essentially made Africans synonymous with slavery. Similarly, the preamble of the Slave Code also uses the word “Negro” interchangeably with the word “slave.” What makes the Slave Code quite interesting, is the fact that it explicitly dehumanized Africans on the level of wild animals through the use of words such as “brutish” and “dangerous pride of people,” “pride” being a word associated with lions.

On the whole, the above examples might give someone the false impression that slavery on Barbados was already racialized prior to the promulgation of the Slave Code in 1661. In reality, white indentured servants were actually treated almost as if they were African chattel slaves by their masters just a few years before the Slave Code was enacted into law (Beckles 41–42). Clause 22 specifically made it obligatory for freeholders to acquire European indentured servants to offset the burgeoning African slave population, which might suggest that white indentured servants were privileged in relation to African slaves. But as already indicated above, this racial distinction actually only took root after the advent of the sugar industry (Burnard and Morgan 211). It is thus important for historians to really delve into the historical context of a historical legal document to challenge what might be faulty impressions and avoid a type of selective-thinking known as confirmation bias.

Both were bought and sold as one would buy and sell livestock at auction houses (Beckles 36). Their treatment under violent overseers were equally comparable. In fact, both servants and slaves rebelled against their masters in protest of the harsh work regime imposed on them (Rugemer 436).

In terms of insurrection and rebellion, Clauses 11 and 17 of the Slave Code made it clear that slaves were not allowed to possess any weapons. The clause also indicates that the overseer is mandated to search the slaves’ houses for weapons, such as “clubs, wooden swords, or other mischievous weapons.” These weapons are to be seized and burned. Meanwhile, Clause 17 indicates that any acts of insurrection or rebellion, “make preparation of arms, or offensive weapons, or hold any council or conspiracy for raising mutinies or rebellion in the island” are immediately grounds for the enactment of martial law with the punishment of death or “other pains as their crimes deserve.” Interestingly, however, one would probably not expect that the precedent for these two clauses was actually set in 1655 by a combination of Irish indentured servants and African slaves who rebelled and plundered estates. These actions consequently led the governor of Barbados, Governor Daniel Searle, to “ban on Irish servants’ possession of weapons” (Rugemer 436).

Cheap labour had always been essential to Barbados, but African slaves were still prohibitively expensive in the early 17th century. In fact, the price of slave labour was the major hurdle for the freeholders before their cultivation of sugar. Thus, they were more reliant on the importation of indentured labourers from Britain (Beckles 30–31). Later, as the freeholders acquired the necessary sum, the servants were then replaced with African slaves whose services were not limited by contracts (Beckles 37). The level of expense that freeholders put into their acquisition of slaves is reflected in the fact that the Slave Code essentially stripped slaves of any legal rights whatsoever.

One scholar even contends that the Slave Code is unique among its counterparts in Spanish America, Brazil, and French Code Noir in that it “did not attribute any positive rights to slaves whatsoever” (Rugemer 439).

Clause 2 establishes the social order in the plantation: the slave’s role is to obey and the slave owner’s role is to command and punish. Thus, Clause 2 indicates that the only time that slaves could inflict violence upon a “Christian” is “in the lawful defence of their Master.” Outside of this exception, the slave will have no other legal recourse, thus completely negating the whole premise of “self-defence.” If a slave is proven guilty, which was highly likely considering his or her lack of any legal rights, the clause simply states that the punishment for the first offence is severe whipping; the second offence is severe whipping with the nose slit (a form of deformation of the body with the intent to bestialize) and the face firebranded; and the third offence is simply open to interpretation, perhaps only short of being killed, or simply execution.

If Clause 2 is quite vague of the rights of the slave owners over their slaves, Clause 20 rectifies this.

For instance, Clause 20 indicates that the killing or the dismembering of a runaway slave by his/her master is deemed as not punishable under the law.

Only in cases where the slave is wantonly or intentionally killed by their owner with no justifiable reason shall the offender be made to pay into the public treasury 3,000 pounds of sugar. If the offender kills a slave of another, he or she is liable to pay 6,000 pounds of sugar to the slave’s owner and 5,000 pounds of sugar to the public treasury. The law makes exception to poor small freeholders who kill a slave by night who are found “stealing provisions, swine,” etc. Note the complete absence of any physical punishment, in a form of a prison sentence or corporal punishment, to the slave owner. The reason for this is actually fairly simple: African slaves were not given the dignity of the jury system where they would be judged by twelve of their peers under the English law. Instead, slaves were tried in a “slave court” where “two justices of the peace and three freeholders, who were endowed with the power not only to pass judgment on the accused but also to decide on and enforce a punishment in accordance with the law” (Rugemer 440). In short, the combination of slave owners pursuing profit, the institution of slavery uninhibited by contracts, together with the great labour needs of the sugar industry means that there was no room for the toleration of runaways. Predictably, this necessitates the complete dehumanization of a whole group of people who were forced, both legally and physically, to serve the narrow capitalist interest of their “masters.”

In such an unadulterated capitalist system, it is only logical that the most profitable investment is the one which provides the necessary labour without the limitations posed by contracts, whether in the form of wages or the promise of freedom (Beckles 40).

The amorality of such a labour regime, however, is one the reasons why chattel slavery was such a lucrative but extremely inhumane system, since the system is simply geared towards the accumulation of capital without any regard for the well-being of those who create the capital.

In conclusion, this brief analysis of the Barbados Slave Code of 1661 demonstrates that although the legal document does not portray an accurate impression of the treatment of white indentured servants and African slaves, at least for the period prior to 1661, it nevertheless serves as a clear example of the general progression in terms of the codification of race into the institution of slavery in the New World. Most importantly, its clauses reveal in cold legal terms the unforgiving brutality of the institution of slavery and the central role that the sugar industry played in the enslavement of millions of Africans.

Rugemer, Edward B. “The Development of Mastery and Race intheComprehensive Slave Codes of the Greater Caribbean duringtheSeventeenth Century.” The William and Mary Quarterly 70.3 (2013): 429–58. JSTOR. Web. 22 Feb. 2016.