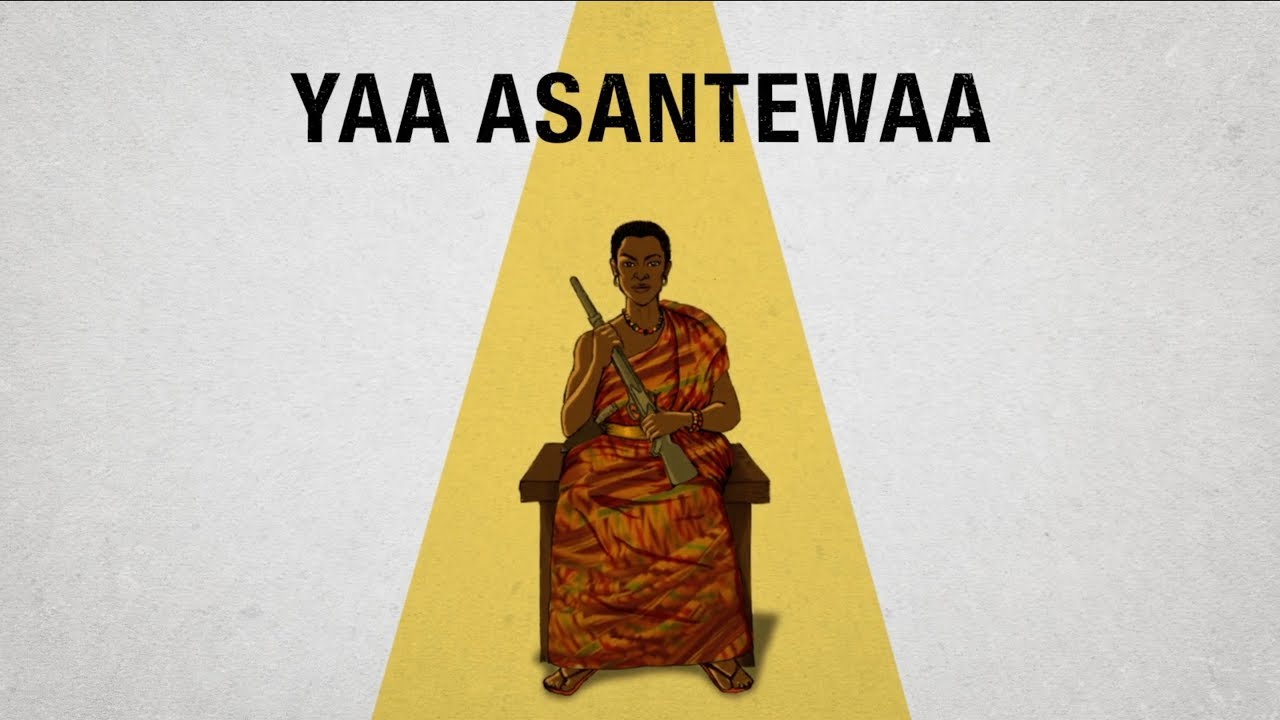 Nana Yaa Asantewaa, Queenmother and paramount chief of Edweso in Ashanti, emerged as a legendary name alongside other women in Africa and the diaspora, for her gallantry and unique prowess.

History recalls that in the year 1900, precisely in March, Nana Yaa Asantewaa saw the inherent danger, the threat and the virtual destruction of the Asante Kingdom by the then British Colonial Government. This resumption of hostilities dating back to 1895 and 1896, when the first British forces entered Kumasi under the command of major Robert Baden-Powell witnesses a renewed determination to end the Asante hegemony. Prior to this Nana Prempeh I, the Asantehene, and some of his powerful chiefs had resisted the British occupation until their arrest and subsequent exile to the islands of Seychelles through Sierra Leone.

The demand notice for the Golden Stool by governor Sir Feredrick Hodgson on his arrival in Kumasi on 28 March 1900, was not only an affront to the Asante, but it called into question, the authority and spiritual existence of the Asante Kingdom. It is recorded that the Golden Stool was commanded from Heaven by the 17th Century Asante prophet, Okomfo Anokye and it signifies the most treasured symbol – the soul of Asante. The Golden stool is indeed a “Peerless item of regalia” which connects all Asantes spiritually and additionally provides bonds of the nationhood.

In the face of this highly provocative demand for the Stool after Nana Prempeh and his elders had been arrested and exiled, the male dominance in matters of military strategy gave way to a rare breed of a woman War-General, in the person Nana Yaa Asantewaa, Queenmother and Chief of Edweso, who raised an army with a strength of 20,000 men, and fought the British to their astonishment.

Notwithstanding her handicap in terms of formal education, she displayed rare and unrivalled war tactics in stockade building, movement detectors, camouflage and the intuitive use of the drum for psychological reasons to baffle the enemy. The highlight of her courage was the blockade of the Kumasi Fort, where the British troops were held captive and eventually through starvation and outbreak of disease, suffered heavy casualties.

In the face of this catastrophe, the British governor and his top military officers had to flee, only to reassemble with reinforcement from the Gold Coast Colony, Nigeria and Sierra Leone which eventually subdued the supremacy of the gallant Nana Yaa Asantewaa. This tragedy led to the capture and exile of Nana Yaa Asantewaa and the members of her War Council to the Seychelles Island, in the Indian Ocean.

For this legendary and rare display of raw bravery and coupled with a sense of commitment to the very existence of Asante, Nana Yaa Asantewaa stands today as a role model for all African women in the fight against oppression, abuse, harassment and gender inequality. She was indeed an embodiment of a stateswoman, a mother with a vision and a mission to restore the Asante Kingdom, She will forever be remembered by all people of African descent in their struggles against colonialism, oppression and slavery. She demanded for her people, recognition and absolute freedom with dignity. As she proclaimed to the War Council,

“it is more honourable to perish in defence of one’s motherland than to remain in perpetual slavery”.

Her exploits should spur on African women in particular and all peoples of African descent to work selflessly to uphold the values and traditions of African society.