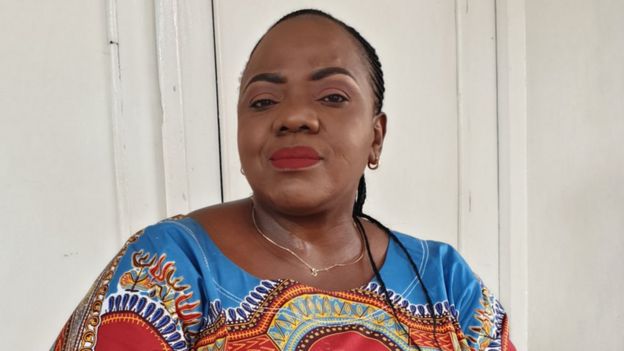 There are calls for an inquest into the death of transport worker Belly Mujinga – who died after reportedly being coughed and spat on by a passenger who said he had the virus.

BBC Panorama examined events leading up to the death of the 47-year-old, who died in April this year from Covid-19.

Police investigated Belly’s death – but they concluded there wasn’t enough evidence to charge anyone. But lawyers say an inquest could help her family find answers. Barrister Christopher Williams, told Panorama: “If the family of Belly want to pursue an inquest, then that is a way of getting justice. “It may be that the outcome of the inquest won’t give them the result that they seek, but the important thing is that they have the opportunity to go through the process.”

Belly Mujinga worked as a sales clerk at Victoria station in London for Govia Thameslink Railway. She suffered from a condition known as sarcoidosis, which affected her throat and lungs, and had made it difficult for her to breathe.

On 21 March she was on duty on the station concourse with her friend and colleague Motolani Sunmola, when they were involved in an incident with a customer. Motolani, 52, says they were approached by a man who coughed on them and said: “You know I have the virus.”

Belly’s husband, Lusamba Gode Katalay, told Panorama that when she came home from work that day, she said someone had spat on her and had said “I have the coronavirus, and I’ll pass it on to you”. Motolani says she reported the incident to their employer on the day. She says she described what happened as an assault and asked for the police to be called. But she says she didn’t tell managers that the man had said he had the virus.

Govia Thameslink Railway said neither Belly, nor any of her colleagues present at the time, made a complaint of deliberate coughing, or spitting, or asked for the police to be called.However on 8 April, Belly’s union, the Transport Salaried Staffs’ Association (TSSA), told GTR that an allegation of deliberate coughing was being made. The company began its own internal investigation – but did not call the police then, or at any stage.

In the days that followed, Belly became increasingly unwell. She was admitted to hospital on 2 April. Three days later, Belly – a mother of one – died. Her husband told Panorama: “You’ve just lost a person who was at the centre of your universe – a person who has left a little 11-year-old girl behind her.”

Her death might have stayed as one of thousands of private tragedies that swept the country during the first wave of coronavirus – if her union had not publicised her case.

On 12 May, the TSSA issued a press release saying Belly had been assaulted by a man who deliberately coughed and spat at her, saying he had the virus. Following inquiries from the press, the British Transport Police began to investigate.  Boris Johnson told MPs: “Yesterday this House learnt of the tragic death of Belly Mujinga. The fact that she was abused for doing her job is utterly appalling.” By now, seven weeks had passed since the incident – and police would have to work with the available evidence.

CCTV from the station concourse is routinely deleted after about 28 days. However, GTR requested footage from Network Rail as part of its own investigation, and handed six minutes of footage, including the incident, to police. The footage has not been released, but BBC Panorama has spoken to a number of people who have seen it, and has obtained an audio recording of a meeting where police officers showed the footage to Belly’s husband and his friends. They say the footage was of poor quality, but it clearly shows that something occurred. They describe seeing the man come close to Belly and her retreating, before running away.

The police officer said: “We’re in no doubt that something has happened there. We’re in no doubt about that.” But the footage was not clear enough to show if an offence, involving deliberate coughing or spitting, had taken place. British Transport Police used ticket records to trace a 57-year-old man and interview him. He denied spitting and said he had coughed, but not deliberately. He also denied saying that he had the virus.  There was a second witness, also a member of station staff, who said the man had not said “I have the virus.”The police also said they were confident the man couldn’t have infected Belly because he had had an antibody test “as part of his occupation” four days after the incident. It was negative, showing he never had the illness.

But at the time, not all commercially available tests were considered to be reliable.

The British Transport Police said the test was “substantiated” by the man’s GP, and that – regardless of the outcome of the test – there was still insufficient evidence to charge anyone with a crime. The Crown Prosecution Service, which reviewed the police investigation, agreed and said: “In the absence of any medical or forensic evidence, together with inconclusive CCTV footage and inconsistent witness accounts, meant no criminal charges could be considered.”

Govia Thameslink Railway said: “The medical condition which Belly Mujinga suffered from was not on the government’s shielding list at the time of the incident. “Had it been, the company would have told her to shield, as we did with nearly 400 other colleagues. The following week, after the incident, her doctors said she should in fact shield. “At that point she was told not to come into work, and to self-isolate. “There has been no inquest into her death, but barristers spoken to by BBC Panorama believe one could help her family in their search for the truth.  Martin Forde QC told the programme: “I feel there are sufficient doubts and conflicts around the facts of this case to justify an investigation.”

For her husband Lusamba, many questions about her death remain unanswered.

“May she rest wherever she is,” he said. “But it is really hard. I will try to fight.”