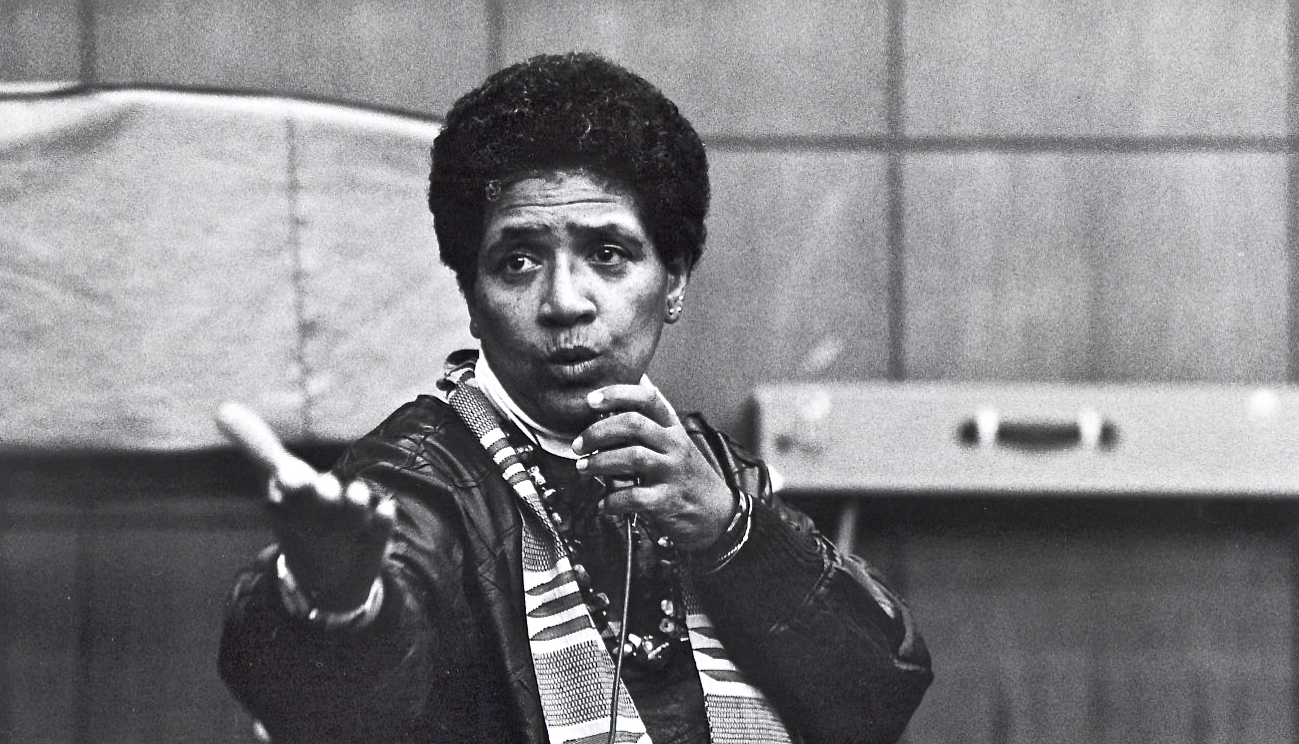 Poet, essayist, and novelist Audre Lorde was born on February 18, 1934, in New York City. Her parents had moved to the USA from Grenada. The youngest of three sisters, she was raised in Manhattan and attended Catholic school. While she was still in high school, her first poem appeared in Seventeen magazine. Lorde received her BA from Hunter College and an MLS from Columbia University. She served as a librarian in New York public schools from 1961 through 1968. In 1962, Lorde married Edward Rollins. They had two children, Elizabeth and Jonathon, before divorcing in 1970.

Her first volume of poems, The First Cities, was published in 1968. In 1968 she also became the writer-in-residence at Tougaloo College in Mississippi, where she discovered a love of teaching. In Tougaloo she also met her long-term partner, Frances Clayton. The First Cities was quickly followed with Cables to Rage (1970) and From a Land Where Other People Live (1973), which was nominated for a National Book Award. In 1974 she published New York Head Shot and Museum. Whereas much of her earlier work focused on the transience of love, this book marked her most political work to date.

In 1976, W. W. Norton released her collection Coal and shortly thereafter published The Black Unicorn. Poet Adrienne Rich said of The Black Unicorn that “Lorde writes as a Black woman, a mother, a daughter, a Lesbian, a feminist, a visionary; poems of elemental wildness and healing, nightmare and lucidity.” Her other volumes include Chosen Poems Old and New (1982) and Our Dead Behind Us(1986). Poet Sandra M. Gilbert noted not only Lorde’s ability to express outrage, but also that she was capable of “of rare and, paradoxically, loving jeremiads.” Although her work gained wide acclaim, she was also sharply criticized. In an interview in the journal Callaloo, Lorde responded to her critics: “My sexuality is part and parcel of who I am, and my poetry comes from the intersection of me and my worlds. . . . Jesse Helms’s objection to my work is not about obscenity . . .or even about sex. It is about revolution and change. . . . Helms knows that my writing is aimed at his destruction, and the destruction of every single thing he stands for.”

Lorde was diagnosed with cancer and chronicled her struggles in her first prose collection, The Cancer Journals, which won the Gay Caucus Book of the Year award for 1981. Her other prose volumes include Zami: A New Spelling of My Name (1982), Sister Outsider: Essays and Speeches (1984), and A Burst of Light (1988), which won a National Book Award. She received a fellowship from the National Endowment for the Arts in 1981.

In the 1980s, Lorde and writer Barbara Smith founded Kitchen Table: Women of Color Press. She was also a founding member of Sisters in Support of Sisters in South Africa, an organization that worked to raise concerns about women under apartheid.

Audre Lorde was professor of English at John Jay College of criminal justice and Hunter College. She was the poet laureate of New York from 1991-1992. She died of breast cancer in 1992. The Collected Poems of Audre Lorde was published in 1997.

Jamaica Past (images)
Selected images from 1800 - 1923
Previous post A Litany for Survival by Audre Lorde
Next post August Browne: The Nigeria-born man who joined the Polish resistance