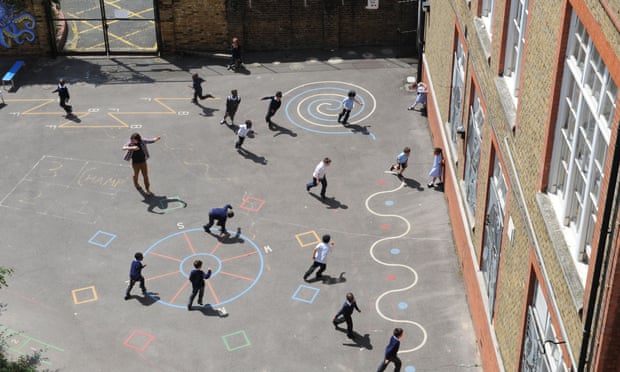 Black working-class young people in England are being unfairly excluded and criminalised by a “two-tier education system”, a thinktank has said.

The report’s author, Jessica Perera, an IRR researcher, said: “Amidst the Black Lives Matter protests, we have seen increased demands to decolonise the curriculum. At the same time, the coronavirus pandemic has exposed a system which fails working-class students.

“This paper reminds us that those who have been continually failed are found in PRUs and AP and that their segregation is a damning indictment of a planned education malaise, which has been designed and deployed on a specific section of society with a history of resistance and rebellion.”

Reviewing education policies over the last four decades, Perera says police officers placed in schools and other surveillance methods lead to working-class multiracial youth living on estates in London being framed as “suspects”.

With the expansion of academies, which are more likely to permanently exclude pupils, and alternative provision, Perera questions whether rising exclusions are “about removing a section of the urban multiracial working class which poses a threat to incoming gentrifying students” The result, she says, is a “two-tier state education system: academies for the aspirational and pupil referral units for the defiant and apathetic.”

A government spokesperson said: “We know some groups of children are more likely to be excluded than others, and we expect teachers to look at how to address underlying causes of disruptive behaviour in order to avoid excluding where possible, while also keeping schools safe and disciplined for all.

“The school curriculum is already broad and ambitious, teaching pupils about different cultures with significant historic figures from black and ethnic minority communities, underpinned by the need for mutual respect and understanding.”