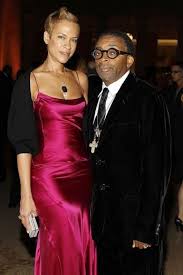 Born Shelton Jackson Lee on 20 March, 1957, in Atlanta, Georgia and raised in Brooklyn, NY, Lee returned south to attend Morehouse College. After graduation, he returned to New York City to continue his education at NYU/Tisch, where he received his MFA in Film Production. After graduation, he founded 40 Acres and a Mule Filmworks, based in Brooklyn. He began teaching a course on filmmaking at Harvard in 1991, and in 1993 he joined the faculty at NYU/Tisch in the Graduate Film Program, where he was appointed Artistic Director in 2002, a position which he still holds today.

Spike has directed and produced over thirty films since his first feature film, the independently produced She’s Gotta Have It (1986), which also premiered at the Cannes Film Festival in 1986 and received the esteemed Prix de la Jeunesse Award. Lee continues to produce cinematic works of art that display his skill and ability to showcase outspoken and proactive socio-political critiques that challenge cultural assumptions about Race, Class and Gender Identity. His film Do the Right Thing, released in 1989, earned Lee an Academy Award nomination for Best Original Screenplay and remains relevant today. Lee has also produced several documentaries, including the Academy Award-nominated 4 Little Girls (1997) and the Peabody and Emmy Award-winning films When the Levees Broke: A Requiem in Four Acts (2006) and If God is Willing and Da Creek Don’t Rise (2010), all with HBO.

In addition, his Michael Jackson documentaries, BAD 25 (2012) and original ‘Off the Wall’ (2016), were both critically acclaimed. In addition to his prolific film career, Lee has directed and produced numerous music videos and began commercial work in 1988 with his Nike Air Jordan campaign. Ever moving into new areas, Lee combined his extensive creative experience into yet another venture with DDB Needham to create Spike/DDB, a full-service advertising agency. Lee has also authored several books, including Five for Five, a pictorial reflection of his first five features, Best Seat in the House, with Ralph Wiley, and two children’s brooks Please, Baby, Please and Please, Puppy, Please, co-authored with Tonya Lewis Lee, his wife.

Recent projects include Da 5 Bloods (currently on Netflix), Blackkklansman (2018), based on a true story by Ron Stallworth, an African-American police officer who infiltrates the local Ku Klux Klan during the 1970s which also premiered at the Cannes Film Festival ad received the esteemed Prix de la Jeunesse Award. Lee’s filming of the play Pass Over premiered at Sundance. He also directed all ten episodes of the hit Netflix series She’s Gotta Have It (2017-2018), which has returned for a second season.