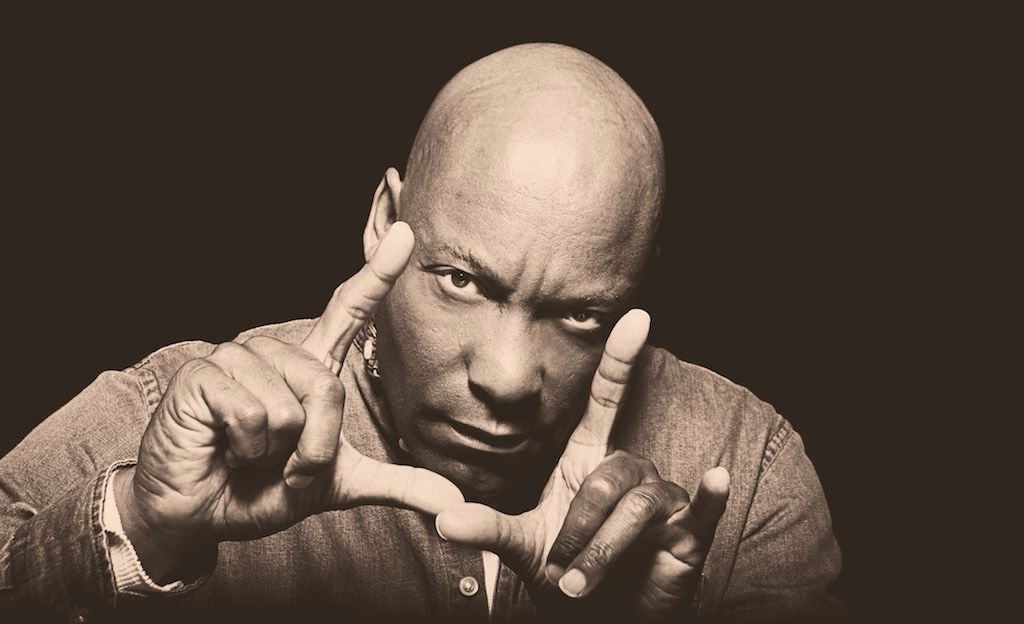 John Daniel Singleton was born on Jan. 6, 1968, in Los Angeles. His mother was a pharmaceutical sales executive, and his father, Danny Singleton, was a mortgage broker. He lived with his mother until he was 11 and then moved in with his father, on whom he based the character of Tre’s father (played by Laurence Fishburne) in “Boyz.”

From his mother’s apartment in Inglewood he could see films playing at the local drive-in: horror, kung fu, blaxploitation and slasher movies. “The cinema saved me from being a delinquent,” he said.

He was 22 when he began shooting “Boyz,” which follows Tre (played by Cuba Gooding Jr.) and his friends Ricky (Morris Chestnut) and Doughboy (Ice Cube) as they try to avoid gangs and drugs. The writer-director behind the films “Poetic Justice” and “Higher Learning,” was just 23 years old when he electrified the country with his debut film. At 24, he became the youngest person and the first African American to be nominated for the Academy Award for best director.

He studied script writing at the University of Southern California’s School of Film-Television and wrote the “Boyz N the Hood” screenplay during his senior year. He then showed it to Stephanie Allain, a script reader for two of Columbia Pictures’ top executives. At the time, he was being interviewed to succeed her. He didn’t get the job, but she loved the script and pushed for it to be acquired.

Before a deal was made, though, Mr. Singleton demanded, despite his inexperience, that he direct the film. Frank Price, the president of Columbia, agreed; he was especially impressed with Mr. Singleton’s audition tapes of Mr. Gooding and Ice Cube.

Mr. Singleton had graduated from film school less than a year earlier. He later conceded that when he made “Boyz N the Hood” he did not yet know how to direct a film. “As the movie was going along, I was learning how to direct,” he said after a 25th-anniversary screening of the film in Manhattan in 2016. “As it becomes more intense and comes on to the third act, the camerawork is more and more fluid, because I’m getting better and better — and taking more chances.” After Columbia showed the movie at the 1991 Cannes Film Festival — with Mr. Lee in the audience — the film critic Roger Ebert praised its “power, honesty and filmmaking skill.” “By the end of ‘Boyz N the Hood,’ ” he wrote, “I realized I had not simply seen a brilliant directorial debut, but an American film of enormous importance.”

Mr. Singleton returned to South Central — the neighborhood is now called South Los Angeles — in his next film, “Poetic Justice” (1993), a melodrama centering on a romance between a poet (played by the singer Janet Jackson) who works as a beautician and a postman (the rapper Tupac Shakur in an early movie role).

“When I was 18, I saw ‘She’s Gotta Have It,’ ” Mr. Singleton said, referring to Mr. Lee’s 1986 breakthrough film, in a YouTube video in 2013. “The movie was so powerful to me, as a young black teen who grew up seeing movies with not a lot of people who looked like me.”

No black filmmaker has won the Oscar for best director. But when Mr. Lee won this year for best adapted screenplay, for “BlacKkKlansman,” Mr. Singleton was ecstatic.

Mr. Singleton produced some of the films he directed, as well as other movies, like Craig Brewer’s “Hustle & Flow” (2005), which starred Terrence Howard, who earned an Oscar nomination for best actor. The film won an Oscar for best original song.

His most recent venture was “Snowfall,” a series on FX about the crack cocaine epidemic in Los Angeles in the 1980s. Mr. Singleton was one of the show’s creators and executive producers and directed three episodes.

“ ‘Snowfall’ manages to carve out its own distinctive visual style, leaning heavily on the contrast between the bright blue L.A. sky and the violence and crime happening beneath it,” Kelly Lawler of USA Today wrote in a review after the series’ debut. “Even in moments of harrowing violence, it’s hard to look away.”

For Mr. Singleton, “Snowfall” was a return to the turf that inspired “Boyz,” with a vehicle that he likened to making a movie every week.

His death, at Cedars-Sinai Medical Center on Monday 29 April, 2019, was confirmed in a family statement after he was taken off life support. Mr. Singleton had been admitted to the hospital on April 17, 2019, reportedly after having a stroke. His family said he had a history of hypertension.