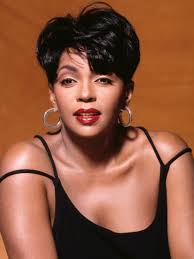 Anita is believed to have been born on 26 January, 1958 (details are sketchy due to her abandonment as an infant) in Toledo, Ohio, USA and grew up in Detroit’s inner city. Her birth mother, who was only 16 when Anita was born, abandoned her, leaving her in the care of a woman who has been variously described as a friend and as a relative; this woman, Mary Lewis, became her foster mother. When Anita was 13, her foster mother died, and an older sister in her adoptive family told her the truth about her past. This older adoptive sister, Lois Landry, raised Anita.

Much later, in an interview with Essence, Anita recalled how she tried to cope with this discovery: “That child believed her mother abandoned her,” she said (referring to herself), “because there was something bad about her. Something terrible that made her unlovable. And until Walter [Anita’s future husband], that is how I felt about me—that I was not good enough. Not good, period.” Anita’s foster family provided her with a stable environment that emphasized hard work and religion; she joined a church choir and identified with the deep voice of gospel singer Mahalia Jackson. She began to sing secular music with her friends as well, and was performing in Detroit clubs by the time she was 16. She attended a community college briefly, but a strong drive toward musical performance asserted itself, and she dropped out of school to front a funk ensemble called Chapter 8, whose bass player had heard her perform in an East Side nightclub.

Chapter 8 toured widely and landed a contract with Los Angeles-based Ariola Records. They had a minor hit with “I Just Want to Be Your Girl” in 1980, but disbanded after being dropped from the label, which was itself in dire financial straits. Label executives offered the erroneous assessment that Anita lacked star quality. Later on Anita correctly concluded that their criticism could have masked any number of reasons that might through no fault of their own led to the group’s dismissal, but at the time she was shattered by the turn of events. She returned to Detroit, worked as a waitress, and then landed a stable position as a receptionist with a law firm whose members, understandably enough, liked the sound of her voice on the phone.

In 1982 Anita was coaxed back into the music business by a former Ariola executive who started an independent label called Beverly Glen. Promising to make her a star, he offered to match her receptionist’s salary, and she finally agreed to come to Los Angeles. Her first solo album, The Songstress, was released in 1983. The album attracted wide industry attention. Anita, still un-schooled in the frequently unscrupulous ways of the music business, received no royalties from the album and parted ways acrimoniously with Beverly Glen, a much-needed follow-up album still unreleased.

Hiring as her manager Sherwin Bash, a Hollywood veteran with the smarts to clear up the resulting legal problems, Anita signed with the Elektra label and threw herself wholeheartedly into her next project, the album Rapture,released in 1986. Gaining a reputation as pushy but consistently moving to gain control over her career, she supervised every aspect of the record’s production. Filling the role of executive producer herself, a nearly unprecedented move for a rising but untested star, Baker chose Songstress collaborator Michael Powell as producer, and the two painstakingly selected songs that fit Anita’s smooth, ultra-romantic, jazz-inflected vocal stylings. They succeeded brilliantly. The album yielded two massive hit singles in both R&B and pop tabulations, “Sweet Love” and “You Bring Me Joy.” Anita’s voice—low, intimate, and rounded, yet filled with a gospel-derived intensity that manifested itself in sudden bursts of strong feeling—became familiar to a wide public. The singer was rewarded with two Grammy awards in 1987, and by the end of 1988 Rapture had racked up sales of over five million units.

She stretched herself with an appearance at Europe’s prestigious Montreux Jazz Festival in 1988, but the two albums that followed Rapture, Giving You the Best That I Got (1988) and Compositions (1990) followed basically the same path as their multi-platinum predecessor. Compositions featured examples of Baker’s songwriting, which had gained in technical skill since she had begun to take classes in music theory. The album gained for Baker the respect of jazz musicians, and caused some critics, such as Alex Henderson of the All Music Guide, to suggest that she should record an album of straight jazz. Both recordings again earned Grammy awards for Anita, who kept up a grueling schedule of concerts and personal appearances. After one Detroit nightclub gig, Baker was greeted on her way to her dressing room by a persistent admirer who bought six copies of her album and asked her for a hug and then a date. She and this fan, Walter Bridgforth, were married on Christmas Eve of 1988.

Exhausted from touring and from the pressures of her high-profile career, she suffered two miscarriages as she and Bridgforth attempted to start a family. “I sort of came apart,” Anita told Essence. “All my old negative feelings reemerged. I felt like such a failure.” Finally Anita retreated to the sumptuous home she shares with Bridgforth in Grosse Pointe, Michigan, outside Detroit, one of a group of structures originally owned by the Dodge family of automaking fame. She enlisted the help of medical specialists and is now the mother of two sons.

Back on Track After Ten Years

She reemerged in 1994 with the Rhythm of Love album, which followed up on a series of revelatory interviews in which she finally delved into her own painful past.

The album sold well. At the time, fans did not know it would be the last Anita Baker album for the next decade. Anita signed a deal to produce an album with Atlantic, but she could never finish the job. It seems that she had more important things on her mind, for Anita had made the decision that she would not repeat the mistakes of her own mother and was giving more and more of her time to taking care of her children. “My grandmother gave up my mother, and my mother gave me up,” she told People. “I just wanted to stop any hint of that cycle.” For the next ten years, Anita played the role of mom, joining the local PTA and shuttling her kids to school activities. She also nursed her foster parents, Walter and Lois Landry, through the last years of their lives.

By the early 2000s Anita realized that with her kids needing less attention than before and the Landrys gone, she once again had time to devote to her music. She gave several small concerts in the Detroit area and was overwhelmed by the positive response of her fans. Soon her bookings grew and she signed with Blue Note to record two albums. The first album, My Everything, was released in 2004, and its title track soon soared to the top of the charts. To most critics, it appeared that Anita picked up right where she left off, providing soulful R&B in a sultry voice that was unmatched in the business. Ever the perfectionist, Anita insisted on complete control over the album and on not being pressured to tour too much. “I only work two days a week, so I’m not away from the boys and my husband too much,” she told Newsweek. “And my record company so got it and so understood that. I had to learn to prioritize my life, because I have been the woman who tried to do everything, and I was miserable.” With its life-affirming tracks, My Everything is a clear indication that Anita Baker was happy to be back.

Anita has been nominated 18 times for a Grammy and won 8. On January 12, 2019 she announced her retirement.