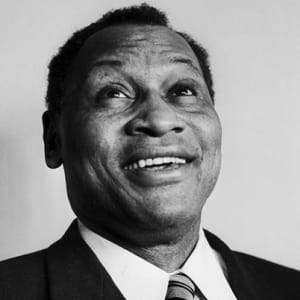 “My father was a slave, and my people died to build this country, and I am going to stay right here and have a part of it just like you. And no fascist-minded people will drive me from it.”—Paul Robeson

Paul Leroy Robeson was born on April 9, 1898, the son of a William Drew Robeson, a man who himself had managed to successfully escape the inhumane state of being someone’s property, by his using intelligence and determination. He grew up in Princeton, New Jersey, where he gained fame as one of the greatest football players ever, earning back-to-back first-team All-America honors in 1917 and 1918 at Rutgers University. But Robeson was a scholar as well. A member of the Rutgers honor society, Cap and Skull, he was chosen as valedictorian of his class, and after earning his bachelor’s degree, he worked his way through Columbia Law School while playing professional football. From 1920 to 1923, Robeson attended Columbia University’s Law School, teaching Latin and playing pro football on the weekends to pay tuition. In 1921, he wed fellow Columbia student, journalist Eslanda Goode. The two would be married for more than 40 years and have a son together in 1927, Paul Robeson Jr.

Although he had a brief stint at a New York law firm after graduating, it was Robeson’s voice that brought him public acclaim. Soon he was starring on Broadway, as well as on some of the greatest stages around the world, in plays such as Shakespeare’s Othello and the Gershwin brothers’ Porgy and Bess. His resonant bass-baritone voice made him a recording star as well, and by the 1930s, he became a box office sensation in the film Show Boat with his stirring rendition of “Ol Man River.”

Travelling the world on tour and in plays, Paul and learned to speak more than a dozen languages and became increasingly active in the rights of exploited workers, particularly blacks in the South. He associated himself with communist causes from the continent of Africa to the Soviet Union. After a visit to Eastern Europe in 1934, where he was nearly attacked by Nazis in Germany, Robeson experienced nothing but adulation and respect in the USSR—a nation he believed did not harbor any resentment or racial animosity toward blacks.

“Here, I am not a Negro but a human being for the first time in my life,” he said. “I walk in full human dignity.”

When communists invited him to the stage at the Paris Peace Congress, Robeson was urged to say a few words after an enthusiastic crowd heard him sing. French transcripts of the speech obtained by Robeson’s biographer Martin Duberman indicate that Robeson said,

”We in America do not forget that it is on the backs of the poor whites of Europe…and on the backs of millions of black people the wealth of America has been acquired. And we are resolved that it shall be distributed in an equitable manner among all of our children and we don’t want any hysterical stupidity about our participating in a war against anybody no matter whom. We are determined to fight for peace. We do not wish to fight the Soviet Union. ”

But the Associated Press’s version of Robeson’s remarks read: “It is unthinkable that American Negros would go to war on behalf of those who have oppressed us for generations against the Soviet Union which in one generation has lifted our people to full human dignity.” (The source of that transcript remains unknown; the singer’s son Paul Robeson Jr. has said that because it was filed before his father actually spoke, the anonymous AP correspondent might have cobbled it together from remarks his father had previously made in Europe.)

By the next day, the press was reporting that Robeson was a traitor. According to Robeson Jr., his father had “no idea really that this was going on till they called him from New York and said, hey, you’d better say something, that you’re in immense trouble here in the United States.” Instead, Robeson continued his tour, deciding to address the “out of context” quotes when he returned, unaware of how much damage the AP account was doing to his reputation.

Unbeknownst to Robeson, Roy Wilkins and Walter White of the National Association for the Advancement of Colored People (NAACP) were pressured by the U.S. State Department to issue a formal response to the singer’s purported comments. The NAACP, always wary of being linked in any way to communists, dissociated itself from Robeson. Channing Tobias, a member of the NAACP board of directors, called him “an ingrate.” Three months later, on July 18, 1949, Jackie Robinson was brought to Washington, D.C., to testify before HUAC for the purpose of obliterating Robeson’s leadership role in the American black community. The Brooklyn Dodgers’ second baseman assured Americans that Robeson did not speak for all blacks with his “silly” personal views.

For Robeson, the criticism was piercing, especially coming from the baseball star. It was, after all, Robeson who was one of Jackie Robinson’s strongest advocates, and the singer once urged a boycott of Yankee Stadium because baseball was not integrated. But lost in the reporting was the fact that Robinson did not pass up the chance to land a subtle dig at the communist hysteria that underlay the HUAC hearings.

In a carefully worded statement, Robinson said, “The fact that because it is a communist who denounces injustice in the courts, police brutality and lynching, when it happens, doesn’t change the truth of his charges.” Racial discrimination, Robinson said, is not “a creation of communist imagination.”

But the backlash against Robeson was immediate.  His blacklisting and the revocation of his passport rendered him unable to work or travel, and he saw his yearly income drop from more than $150,000 to less than $3,000. Later that summer, in civil rights-friendly Westchester County, New York, at the one concert that was not canceled, anti-communist groups and Ku Klux Klan types hurled racial epithets, attacked concertgoers with baseball bats and rocks and burned Robeson in effigy. A man who had exemplified American upward mobility had suddenly become public enemy number one.In August 1949, he managed to book a concert in Peekskill, New York, but anti-civil rights factions within the American Legion and Veterans of Foreign Wars caused a riot, injuring hundreds, thirteen of them seriously.

Years later, he was brought before HUAC (House Un-American Activities Committee) and asked to identify members of the Communist Party and to admit to his own membership. Robeson reminded the committee that he was a lawyer and that the Communist Party was a legal party in the United States; then he invoked his Fifth Amendment rights. He closed his testimony by saying, “You gentlemen belong with the Alien and Sedition Acts, and you are the nonpatriots, and you are the un-Americans, and you ought to be ashamed of yourselves.”

Toward the end of his life, Jackie Robinson had a chance to reflect on the incident and his invitation to testify before HUAC. He wrote in his autobiography, “I would reject such an invitation if offered now…. I have grown wiser and closer to the painful truths about America’s destructiveness. And I do have increased respect for Paul Robeson who, over the span of twenty years, sacrificed himself, his career and the wealth and comfort he once enjoyed because, I believe, he was sincerely trying to help his people. Robeson published his autobiography, Here I Stand, in 1958, the same year that he won the right to have his passport reinstated.

He again traveled internationally and received a number of accolades for his work, but damage had been done, as he experienced debilitating depression and related health problems. In 1960, Robeson made his last concert tour to New Zealand and Australia. His career had never fully recovered from the witch-hunt against him and the scorn poured upon his name.

Robeson and his family returned to the United States in 1963. In ill health, Paul Robeson he retired from public life the same year. He took his place with the ancestors on January 23, 1976, at age 77, in Philadelphia, USA after suffering a fatal stroke.