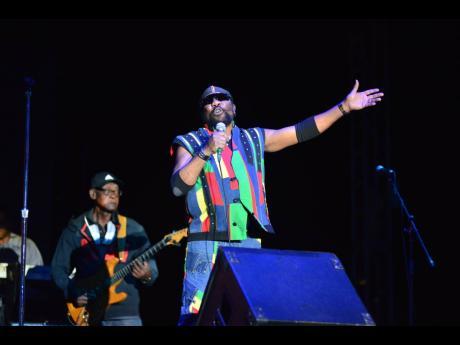 Legendary reggae singer Frederick ‘Toots’ Hibbert of Toots and the Maytals fame is now in a medically-induced coma at the University Hospital of the West Indies.

Toots, 78, was transferred there yesterday, his publicist Claude Mills told The Gleaner.

“Toots is fighting for his life and his family is asking for prayers,” Mills said.

It was revealed on Monday that the singer was awaiting results from a coronavirus test after displaying symptoms.

The test result is still pending, Mills said, but admitted that the Bam Bam singer was showing all the signs of the virus.

Members of the artiste’s inner circle have self-quarantined and have taken COVID-19 tests as well.

Toots, a three-time winner of the Jamaica Festival Song competition, was one of the 10 finalists for 2020 and spoke with pride in an interview with The Gleaner in August about his entry, Rise Up Jamaicans.

He said he was pleased that he was able to contribute to the revitalisation of the competition.

It was less than a week ago that the prolific hitmaker, who has been in the business for close to six decades, released his latest album, Got To Be Tough, on the Trojan Jamaica label.

Toots is one of the most toured artistes out of Jamaica and is known for his hours-long sets on stages across the globe.

He has been consistently touring with his band, the Maytals, since the early 1970s, when his landmark album Funky Kingston made him a global superstar, opening for groups such as The Who and the Eagles.

Toots and the Maytals won the Grammy award for best reggae album in 2005 and he was awarded an Order of Distinction from the Jamaican government in 2012.