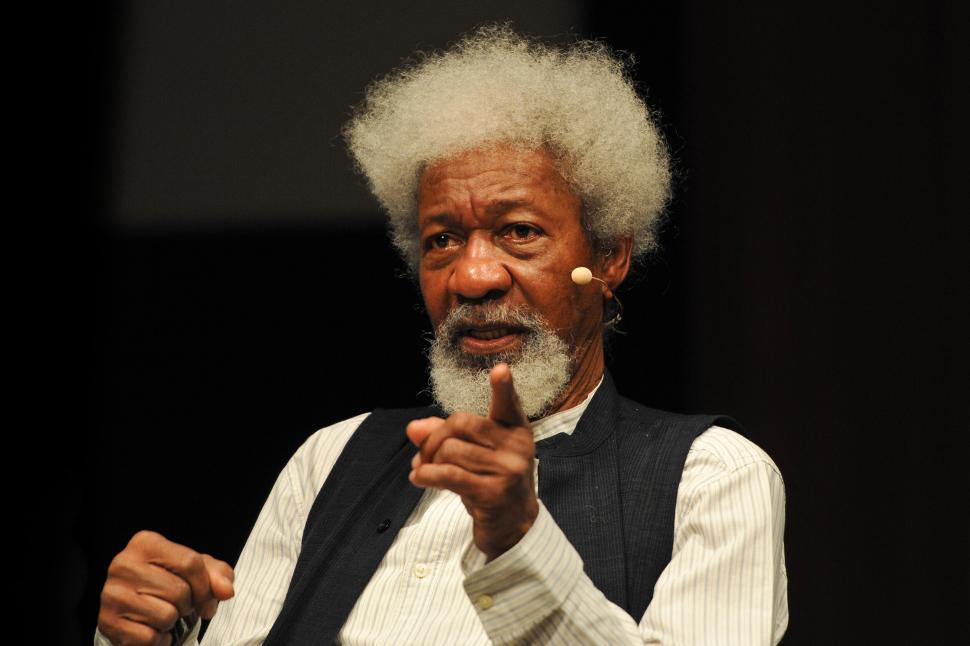 Nigerian playwright and political activist Wole Soyinka received the Nobel Prize for Literature in 1986. He was born Akinwande Oluwole Babatunde Soyinka on 13 July 1934 in Abeokuta, near Ibadan, into a Yoruba family and studied at University College in Ibadan, Nigeria, and then at the University of Leeds, England.

Soyinka, who writes in English, is the author of five memoirs, including Aké: the Years of Childhood (1981) and You Must Set Forth at Dawn: A Memoir (2006), the novels The Interpreters (1965) and Season of Anomy (1973), and 19 plays shaped by a diverse range of influences, including avant-garde traditions, politics, and African legends.

Soyinka’s poetry similarly draws on Yoruba stories, his life as an exile and in prison, and politics. His collections of poetry include Idanre and Other Poems (1967), Poems from Prison (1969, republished as A Shuttle in the Crypt in 1972), Ogun Abibiman (1976), Mandela’s Earth and Other Poems (1988), and Selected Poems (2001).

An outspoken opponent of oppression and tyranny worldwide and a critic of the political situation in Nigeria, Soyinka has lived in exile on several occasions. During the Nigerian civil war in the 1960s, he was held as a prisoner in solitary confinement after being charged with conspiring with the Biafrans. In 1997, while in exile, he was tried for, convicted of, and sentenced to death for antimilitary activities, a sentence that was later lifted.