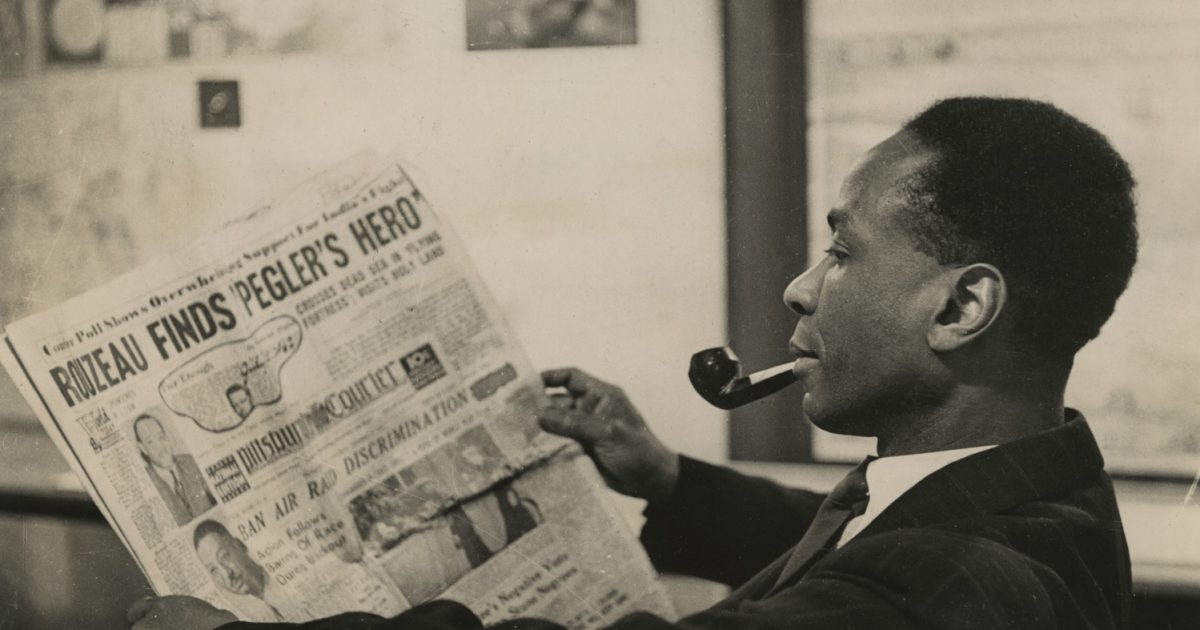 I recently delivered a keynote address in London celebrating the life and contributions of a leading figure of Pan-Africanism and Black liberation, George Padmore, at the invitation of the Borough of London. It was part of a year-long celebration of Afro-Caribbean history and culture in Britain. Such occasions always allows me to reflect on people who have contributed to the upliftment of Black people.

Born in Trinidad in 1901, Padmore would come to personify the hopes and aspirations for Black freedom throughout his native Caribbean and Africa. The English-speaking Caribbean is in ways unique in the Black world for the remarkable tradition of political intellectuals it has produced. In the six generations since the abolition of slavery in the Caribbean, there have been a series of Black intellectuals whose activities and social analysis greatly shaped and denied insurgent political movements in their region and elsewhere.

Just a short list of these extraordinary figures includes Henry Sylvester Williams, born in Trinidad in 1869, educated in North America and England, and the coordinator of the first Pan-African Conference held here in London in 1900; Jamaican Black nationalist and Pan-Africanist Marcus Garvey, born in 1887, the founder of the Universal Negro Improvement Association in 1914, which became one of the most dynamic and influential mass movements in Black history; Jamaican journalist W.A. Domingo, born in 1889, who briefly edited Garvey’s newspaper, The Negro World, and who subsequently helped found the pro-independence Jamaican Progressive League in New York City in 1936; and Cyril V. Briggs, born in Nevis in 1887, who created the first international political organization based on revolutionary nationalism and socialism, the African Blood Brotherhood, and who later became the first major Black leader of the U.S. Communist Party.

One of the greatest social theorists of the twentieth century was Trinidadian scholar-activist C.L.R. James, author of the acclaimed history of the Haitian revolution, The Black Jacobins. Others in this Black radical Caribbean tradition include: Jamaican activist and writer Amy Jacques Garvey, who contributed to building the movement of Pan-Africanism; Jamaican Communist and feminist leader Claudia Jones, who fought for Black people, women and workers both here and in the United States; and the great historian and Guyanese political revolutionary Walter Rodney, author of How Europe Underdeveloped Africa. Within this rich intellectual and political tradition stands the son of Trinidad, born with the name Malcolm Nurse, who would later be known as George Padmore.

Among historian and activists through the Black world, the biography of Padmore is well known. As a university activist student in the United States in the 1920s, Padmore joined the Communist Party and quickly rose in its ranks. As head of the Negro Bureau of the Communist Trade Union International, Padmore organized an elaborate network of thousands of anti-colonial militants throughout the Caribbean and Africa during the Great Depression. In 1931, Padmore wrote The Life and Struggles of Negro Toilers, which championed the cause of Black labor throughout the world.

After breaking bitterly with the Communists over their colonial policies, Padmore returned to London with few resources. Still, from his modest apartment, he charted a course of action which would deeply influence anticolonialist movements in both Africa and the Caribbean.

Padmore established the International African Service Bureau, a network that coordinated voluminous correspondence between African and Caribbean nationalists, trade unionists, editors and intellectuals. Padmore’s small journal, the International African Opinion, became an invaluable source of information and analysis for Black radicals. Padmore was the mentor and influential theoretician to an entire generation of Black leadership, including Jomo Kenyatta of Kenya and the charismatic Pan-Africanist Kwame Nkrumah of Ghana.

It is difficult to overemphasize Padmore’s crucial ideological and political role in the emergence of political nationalism and movements of independence in English-speaking Africa. C.L.R. James went so far as to assert: “It is impossible to understand the development of the revolution in the Gold Coast that brought Ghana, unless you realized from the start, the man behind it was Padmore.”

Like all public figures active in politics, Padmore was not perfect. Like Garvey, Padmore dreamed of an independent Black Africa, united around the principles of mutual cooperation and Pan-Africanism. However, his Pan-Africanist vision failed to recognize the power of British and French colonialists to coop independence movements, and to create “neocolonialism” with new Black elite taking the place of the white colonial elite.

After Padmore left the Communist Party, he became a bitter critic of Marxism. He argued in his 1955 book Pan Africanism or Communism that Black people must be “mentally free from the dictation of Europeans, regardless of their ideology.” But Padmore’s hatred of Communism pushed him into the arms of U.S. and British imperialism. Padmore, and his protégé Nkrumah, also failed to appreciate the importance of democracy in the development of new states in Africa. This failure ultimately contributed to the conditions leading to Nkrumah’s overthrow by Ghana’s military in 1966.

Despite his mistakes, Padmore committed his entire life to the ideal of Black liberation. After his death in 1959, dozens of new Black states in the Caribbean and Africa would enter the world stage. They owed their independence, in part, to the monumental contributions of Padmore. Black Americans must recognize that our monumental contributions of George Padmore. Black Americans must recognize that our struggle in the U.S. against racism is directly connected with the struggles of people of African descent worldwide.