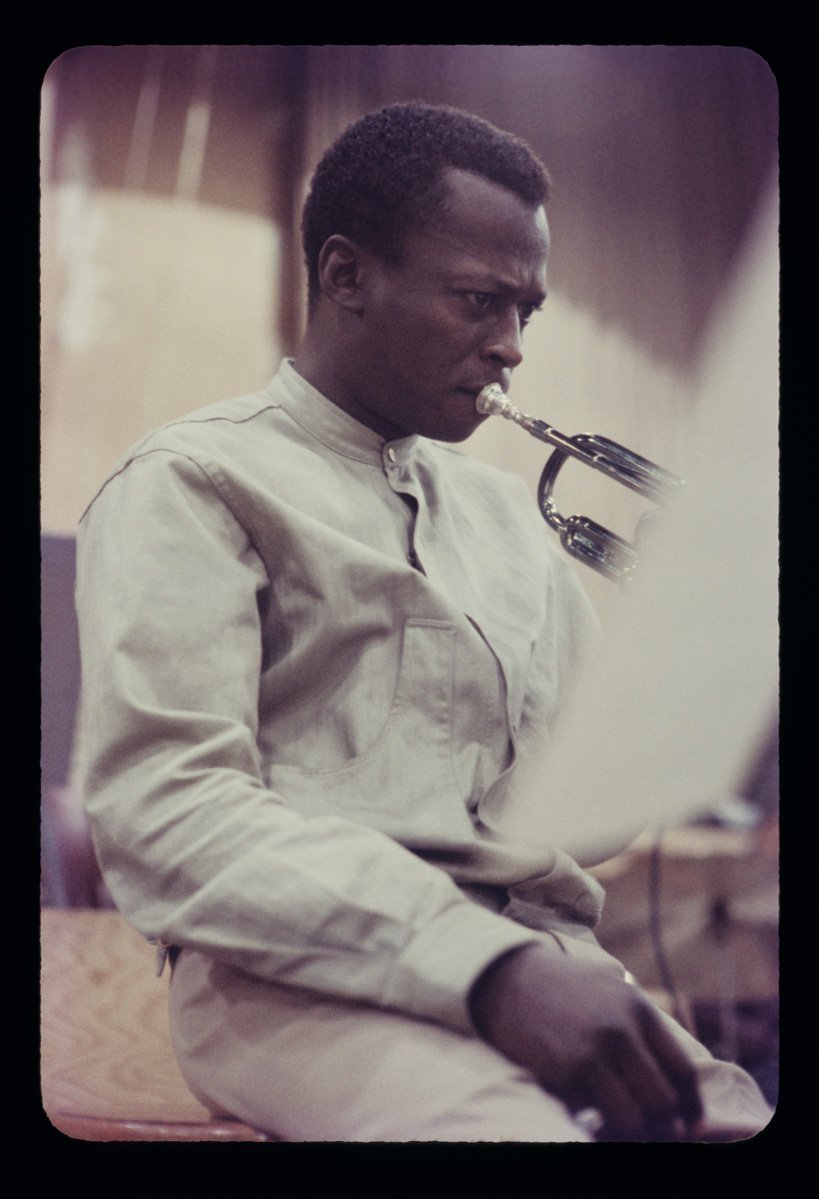 Over six full decades, from his arrival on the national scene in 1945 until his death in 1991, Miles Davis made music that grew from an uncanny talent to hear the future and a headstrong desire to play it. From his beginnings in the circle of modern jazz, he came to intuit new worlds of sound and challenge. While the vast majority of musicians – jazz, rock, R&B, otherwise – find the experimental charge and imperviousness of youth eventually running down, Miles forever forged ahead, trusting and following instinct until the end.

In doing so, Miles became the standard bearer for successive generations of musicians, shaped the course of modern improvisational music more than a half-dozen times. This biography attempts to explain those paradigm-shifts one after another, through his recordings and major life changes.

The factors leading to that process are now the foundation of the Miles Davis legend: the dentist’s son born in 1926 to middle-class comfort in East St Louis, USA. The fresh acolyte learning trumpet in the fertile, blues-drenched music scene of his hometown. The sensitive soul forging a seething streetwise exterior that later earned him the title, Prince Of Darkness. The determined teenager convincing his parents to send him to New York’s famed Juilliard School of Music in 1944, a ploy allowing him to locate and join the band of his idol, bebop pioneer Charlie Parker.

It wasn’t long before the headstrong young arrival grew from sideman to leading his own projects and bands of renown, from the restrained, classical underpinning of the famous “Birth of the Cool” group (Miles’ first foray with arranger Gil Evans), to the blues-infused hardbop anthem “Walkin’”, to his first famous quintet (Coltrane, Chambers, Red Garland, Philly Joe Jones) with whom his recordings on muted trumpet helped him develop a signature sound that broke through to mainstream recognition. His subsequent jump from recording with independent labels (Prestige, Blue Note) to Columbia Records, then the Tiffany of record companies, propelled his career further from a limited jazz audience and a series of late ‘50s albums (Miles Ahead, Porgy & Bess, Miles Ahead, Kind of Blueand Sketches of Spain) secured his widespread popularity.

Miles’ group shifted and morphed through the early ‘60s until he settled for a four-year run with his classic quintet, a lineup that is still hailed today as one of the greatest and most influential jazz groups of all time. Their albums together — from Miles Smiles, ESP and Nefertiti, to Miles In The Sky, and Filles de Kilimanjaro — traced a pattern of unparalleled growth and innovation.

Had Miles stopped his progress at that point, he’d still be hailed as one of the greatest pioneers in jazz, but his creative momentum from the end of the ‘60s into the ‘70s would not let up. He was listening to the world around him — the amplified explosion of rock bands and the new, heavy-on-the-one funk of James Brown and Sly & The Family Stone. From the ambient hush of In A Silent Way, to the strange and unsettling – yet wildly popular Bitches Brew, he achieved another shift in musical paradigm and a personal career breakthrough.

Bitches Brew was controversial, a best-seller and attracted another, younger generation into the Miles fold. Thousands whose musical taste respected no categorical walls flocked to hear Miles, and a slew of fusion bands were soon spawned, led by his former sidemen: Weather Report, Mahavishnu Orchestra, Return To Forever. The studio albums that defined Miles’ kaleidoscopic sound in the ‘70s included a series of (mostly) double albums, from …Brew to 1971’s Live-Evil, ‘72’s On The Corner and ‘75’s Get Up With It. The covers listed populous line-ups that reached up to 11 musicians, adding new names to an ever-widening circle of on-call talent.

By the end of 1975, Miles was tired – and sick. A period of seclusion ensued, full years to deal with personal demons and health issues, bouncing between bouts of self-abuse and boredom. It was the longest time Miles had been off the public radar – only amplifying the appetite for his return.

When Miles reappeared in 1981, expectation had reached fever pitch. A final series of albums for Columbia reflected his continuing fascination with funk of the day (Rose Royce, Cameo, Chaka Khan and later, Prince), and the sounds of synthesizer and drum machines (Great Miles Shift Number 8). The Man With A Horn, We Want Miles and Decoy found him still working with Teo Macero and still surrounding himself with young talent, including bassist Darryl Jones (Rolling Stones). In 1985, his album You’re Under Arrest — with unexpected covers of recent pop charters (Michael Jackson’s “Human Nature” and Cyndi Lauper’s “Time After Time”) – brought the long Davis-Columbia association to a close. He embarked on a new relationship with Warner Bros. Records and producer Tommy LiPuma, scoring successes with Tutu (written in a large part by his bassist Marcus Miller), Music from Siesta (also with Miller), Amandla (featuring a new breed of soloists, including alto saxophonist Kenny Garrett, tenor saxophonist Rick Margitza, guitarist Jean-Paul Bourelly, keyboardist Joey DeFrancesco, and others) and Doo-Bop (his collaboration with hip hop producer Easy Moe Bee.)

Those titles proved Miles’ farewell, still pushing forward, still exploring new musical territory. Throughout his career, he had always resisted looking back, avoiding nostalgia and loathing leftovers. “It’s more like warmed-over turkey,” the eternal modernist described the music of Kind of Blue twenty-five years after recording it. Ironically, in 1991, only weeks after performing a career-overview concert in Paris that featured old friends and collaborators from as early as the ‘40s, he died from a brain aneurysm.

Like his music, Miles always spoke with an economy of expression. And for Miles, it had to be fresh, or forget it. “I don’t want you to like me because of Kind of Blue,” he insisted. “Like me for what we’re doing now.”