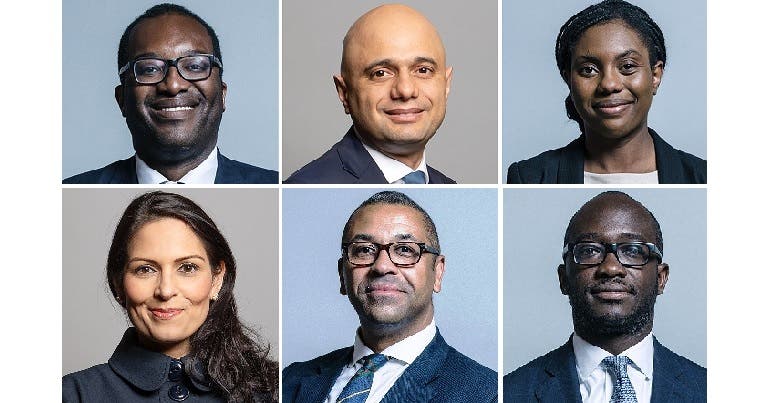 In every society, there are categories of people of a different race, colour, nationality, or cultural traditions that differ from the dominant population. In the UK, the term BAME is used to define the non-white population of Black, Asian, and Minority Ethnic communities. Immigration, colonialism, and slavery are some of the main drivers for the prevalence of ethnic minorities in the Anglo-American world.

From biblical times to the present, minorities living in countries with a history of oppression are sometimes elevated into political leadership positions. Modern-day Britain is not exempt from this trend. Some commentators have described the current UK cabinet as one of the most diverse in British history. Ethnic minorities occupy two out of four of the most senior and prestigious posts in the British government, with Rishi Sunak as the chancellor of the exchequer and Priti Patel holding the home secretary post.

Britain has a long history of racism, which is its original sin. Its impact is still visible today. According to the government’s own statistics, Black Caribbean people are “9.6 times as likely to be stopped and searched as white British people”. As of 2017, meanwhile, 1 in 25 White British people were unemployed compared to around 1 in 10 adults from Black, Pakistani, Bangladeshi or Mixed backgrounds.

In recent years, the British government had to deal with the fallout from racial scandals like Windrush, the Grenfell Towerdisaster, and racial disparities in the effects of the coronavirus (Covid-19) pandemic. With the scale of racism in Britain, one would have expected the ethnic minorities represented in the government to help pull down the racial structures upon which this country was built, and also to call out racism whenever it rears its ugly head. However, in most instances, they’ve taken the path of least resistance by defending the status quo.

The present-day British ethnic minority politicians in Boris Johnson’s government appear to be playing a role not too dissimilar to the role played by jesters in the royal courts during the medieval and Tudor times. In the middle ages, the court jesters carried out a variety of functions including, but not limited to, comedians, story-tellers, jugglers, and messengers.

The current crop of British BAME political leaders in Johnson’s plantation has been relegated to racial product placements, racial firefighters, and racial deniers. Just as the medieval British monarchs used to show off their jesters to their guests, the current government uses its “BAME heavy” cabinet as props to score racial brownie points. When Sky News’ Sophy Ridge challenged health secretary Matt Hancock about the composition of the cabinet, he said he was part of the most diverse cabinet in British history.

Sam Gyimah, a former minister for universities, wrote recently in the Financial Times that he was determined not to be defined by his race and “didn’t want to be ‘the black politician’”. Despite the reluctance to be defined by their race, BAME cabinet members are shipped out to defend the government’s position during racial controversies. Angela Davis, the African American scholar and activist, once spoke about how diversity could be used for a visual effect “that allows the machine to keep functioning in the same old way … sometimes more efficiently and effectively”.

How has this Tory government been able to deploy its ‘ethnically diverse cabinet’ to allow the racial machine to function efficiently and effectively? Read on.

Kwasi Kwarteng, who is of Ghanaian heritage, is sometimes referred to as the Black Boris. He is one of the most highly educated cabinet members. Kwarteng attended Eton College and studied classics and history at Cambridge University. He also studied at Harvard University and has a PhD in economic history from Cambridge.

However, unlike his fellow Etonian in the cabinet Jacob Rees-Mogg, who has the high profile role of leader of the House of Commons and lord president of the council, Kwarteng has been given the de-facto position of a racial firefighter. Johnson has come under a lot of pressure for several racist comments made in the past. But in an interview with Channel Four, Kwarteng said, “To say he is racist is scurrilous, offensive and completely wrong”.

Kwarteng’s political nadir occurred in the aftermath of the Windrush scandal in 2018, when it was revealed that the British government had wrongly detained and deported predominantly Black British subjects who arrived in the UK before 1973, mainly from Caribbean countries. The government dispatched the Eton educated, Cambridge schooled, and Harvard trained government representative to defend its position against a Black UK grime rap artist named Marci Phonix onChannel 4 News. Phonix annihilated Kwarteng after the minister argued that the Windrush scandal wasn’t about institutional racism. In response, Phonix said:

You are not coming from the same place I’m coming from. You don’t represent the same people I represent. You would not know. And you don’t care… It’s a job for you… This is reality for me. When I leave here, my car can get pulled over for no reason

Kemi Badenoch is currently the exchequer secretary to the Treasury and parliamentary under-secretary of state for equalities. She is of Nigerian heritage and spent part of her childhood in Nigeria. In May 2020, the Office of National Statistics (ONS) revealed that BAME people were more likely to die from coronavirus relative to white people. An official government report noted that racism and discrimination suffered by BAME communities contributed to the high death rates from coronavirus in those communities.

At a parliamentary hearing in Westminster, an opposition MP attacked the government’s policies and argued that ethnic minorities were more likely to die from coronavirus in England due to systemic injustice. Badenoch was emphatic in her response, noting Britain was “one of the best countries in the world to be a black person”. She also said the government has a proud record on race. She later described BBC‘s coverage of the hearing as “sloppy” and accused the media outfit of “fanning the flames of racial division” regarding Black Lives Matter protests and coronavirus.

James Cleverly, who is of Sierra Leonean heritage, is a junior minister in the current government and former chairman of the Conservative Party. He has done a yeoman’s job in shielding the UK from accusations of racism. When the Duchess of Sussex announced she was leaving the country, a national conversation developed as to whether racism was the cause of her departure.

Thereafter, Cleverly did a tour of the media houses downplaying racism in the country. In an interview with Sky News, Cleverly argued that the UK is among the least racist countries in the world. And when Green MSP Ross Greer called Winston Churchill a white supremacist and a mass murderer, due to his role in the Bengal famine and his racist description of Indians and Chinese people, James Cleverly came to Churchill’s defence.

Sajid Javid created history in 2018 when he became the first ethnic minority to become home secretary. As home secretary, Javid stripped Shamima Begum, who was groomed as a teenager, of her citizenship, thereby relegating British citizens with dual citizenship to second class pseudo-British status.

Moreover, when a group of men in Huddersfield were convicted for abusing children, he linked the ethnicity of the grooming gang to their crime tweeting, “Sick Asian paedophiles”.

Priti Patel succeeded Sajid Javid as home secretary thereby becoming the first Asian female home secretary. She uses her Ugandan Asian heritage to gloss over her racism. Following the UK protests resulting from the police killing of George Floyd, Patel was asked in the House of Parliament to act quickly to resolve structural inequality, discrimination, and racism. She responded by narrating how she received racial slurs in the playground and street and concluded by saying:

So, when it comes to racism, sexism, tolerance for social justice, I will not take lectures from the other side of the House.

In January 2020, Patel came to the defence of the media when it was accused of racial hostility against Meghan Markle. At the 2020 Brit Awards, rap artist Dave performed a song titled Black, in which he called Boris Johnson a racist and criticised the media over its treatment of Meghan Markle. During an interview with the BBC, Patel described Dave’s comments as utter nonsense and highly inappropriate.

Civil rights activist Jesse Jackson recently said that racism is “bone-deep” in Britain and the US. Since racism is structurally embedded in British society, all hands must be on deck to solve it. The solution does not lie in outsourcing it to a group of select BAME politicians.

In the wake of the Black Lives Matter movement, the time has come for senior white politicians in the cabinet to shred their cloak of indifference and take a front seat in the fight against racism. BAME cabinet members should use their intelligence and experience to help usher in a racism-free society. Instead, they’re being used as pawns and puppets in a wholesale denial of racism in Britain.

SLAVE BIBLE
"It was intended for use among enslaved Africans in the British West Indies, which is modern day Caribbeans, so Jamaica, Barbados, Antigua," he says.
Previous post JAMES CLEVERLY
Next post Black Met Police inspector ‘racially harassed’ by officers