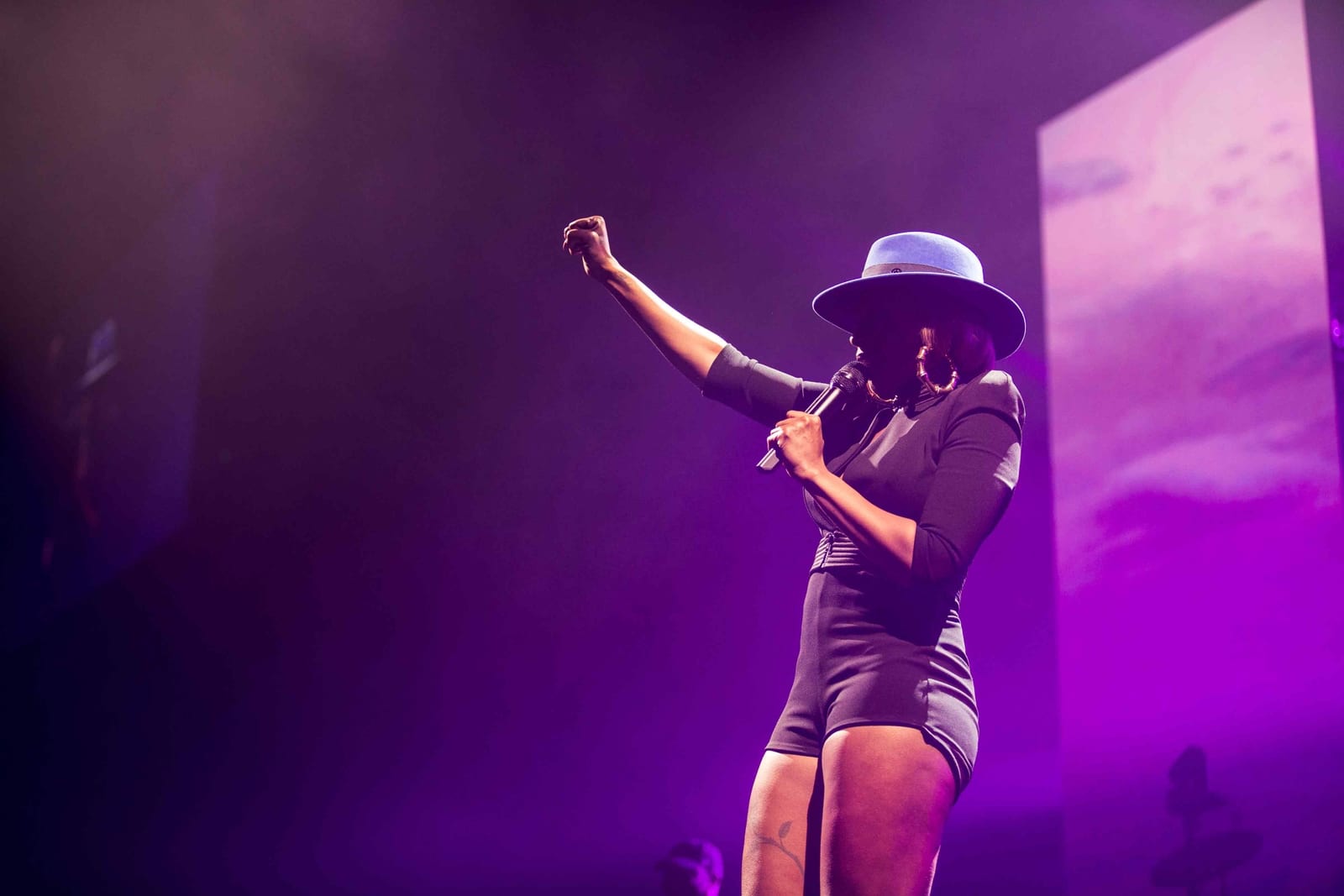 Born in the Bronx, New York, Blige began moving people with her soulful voice when at 18 she signed with Andre Harrell’s Uptown Records in 1989, becoming the MCA-distributed label’s youngest and first female artist. Influenced at an early age by the music of Aretha Franklin, Chaka Khan and Gladys Knight, Blige brought her own gritty, urban-rooted style—fusing hip-hop, soul and honest, frank lyrics—to the forefront on her 1992 debut album What’s the 411? The multi-platinum set, executive produced by Sean “Diddy” Combs, quickly spun off several hits, including two R&B No. 1s: You Remind Me and Real Love.

Blige helped redefine R&B and began forging a unique niche for herself on the more personal second album, 1994’s My Life. Blige is an artist that uses her gift of song to lift spirits and touch lives while bringing her heart, soul and truth to those who are willing to listen. She is loved for her passionate, chart-topping hits like “Be Without You”, “No More Drama” and “Family Affair” all of which have made her a force in music.

“When I went first went into the studio to work on “My Life II” it occurred to me how strong I’ve become since then. And that what has made me strong is not just the joy and great things happening in my life but the trials and difficulties that cause you to want to move out of that uncomfortable place to get to the next stage. With the first “My Life” album, I didn’t have that understanding. I just did not know why I was suffering so bad, why I was hurting” notes Blige.

In October 2013, Blige for Matriarch Records/Verve Records/Interscope Records released her first-ever holiday album titled, A Mary Christmas in collaboration with legendary producer, David Foster. Blige’s holiday album features her soulful interpretation of classic holiday tunes including Have Yourself A Merry Little Christmas, and The Christmas Song. Blige is joined by a number of A-list guests, such as Barbra Streisand, and duets with Jessie J, The Clark Sisters and Spanish collaboration with Mark Anthony.

Blige, who co-penned I Can See in Color for 2009’s Precious soundtrack, has branched out into acting. She appeared in Tyler Perry’s dramatic comedy, I Can Do Bad All By Myself in 2009 and starred in Rock of Ages, alongside Tom Cruise, Alec Baldwin and Russel Brand in 2012. Taking on a more dramatic role, in 2013, she starred as Betty Shabazz in the TV movie Betty & Coretta, a biographical story about the widows of Malcom X and Martin Luther King Jr. Then in November 2013 Mary J. Blige starred as the mysterious guardian angel “Platinum Fro,” in the holiday musical film drama Black Nativity. Ramping up her acting career, Blige has guest-starred on the ABC comedy, Black-ish and the FOX musical drama Empire and most recently, starred as Evillene, the Wicked Witch of the West on the NBC musical, The Wiz LIVE!

In 2014, Blige released her 13th studio album, The London Sessions, which reached the No.1 position on the Top R&B Albums chart and included a behind-the-scene documentary of her recording sessions that premiered at the Tribeca Film Festival 2015.

Iconic Grammy Award-winning singer, songwriter, actress and philanthropist, Mary J. Blige is a figure of inspiration, transformation and empowerment making her one of the defining voices of the contemporary music era. With a track record of eight multi-platinum albums, nine Grammy Awards (plus a staggering 32 nominations), a 2012 Golden Globe nomination, and five American Music Awards, Blige is a global superstar. In the ensuing years, the singer/songwriter has attracted an intensely loyal fan base—responsible for propelling worldwide sales of more than 50 million albums.